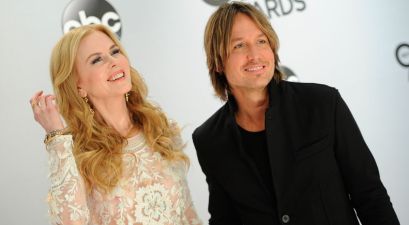 Actor Luke Wilson was tangentially involved in an accident that left one person dead and two injured, including professional golfer Bill Haas.

On Tuesday evening, the driver of a Ferrari was traveling south in Los Angeles, California, when it clipped Wilson’s northbound Toyota FJ Cruiser SUV just before colliding with a BMW. The BMW was flipped onto its side, while the driver of the Ferrari lost control of the vehicle and careened into a tree, reports KABC.

RELATED: A young woman caught the ravages of addiction on camera after the driver of another car overdosed on opiates

Authorities pronounced the driver of the Ferrari dead at the scene, while his passenger, Haas, 35, was taken to the hospital for injuries, along with the driver of the BMW, a 50-year-old woman. According to Los Angeles Police Department Detective Jeff Fischer, Haas — a six-time PGA Tour champion– was in LA to attend a golf tournament at the Riviera Country Club in Pacific Palisades. Fire officials said that the two hospitalized victims were considered to be seriously injured immediately after the crash, but Detective Fischer told KTLA that he’d since been told that Haas and the woman were “doing okay.”

According to Golf Digest, Haas’ manager Allen Hobbs said that Haas “escaped serious injuries and has been released from the hospital” but was left shaken by the death of the Ferrari’s driver, who was a member of the family with whom Haas was staying during his time in LA. He will not be competing in the golf tournament.

An investigation is underway into the cause of the crash.

RELATED: The cast and crew of “DWTS: Live!” were caught in a harrowing multi-car accident

Last week, actor Brad Pitt was similarly involved in a three-car pileup, though that collision was much less serious.

The 54-year-old reportedly crashed his grey Tesla into a Nissan, which then slammed into a third vehicle. According to the Daily Mail, the Feb. 5 accident — nearby his Los Angeles home — was minor, and Pitt did not appear to suffer any injuries. He was photographed wearing a casual black sweats and a pageboy cap, while exchanging information and shaking hands with the other smiling drivers. According to an Us Weekly source, Pitt’s home is “just down the street” from the residence of his ex-wife Angelina Jolie and their six kids — Maddox, 16, Pax, 14, Zahara, 12, Shiloh, 11, and twins Knox and Vivienne, 9.