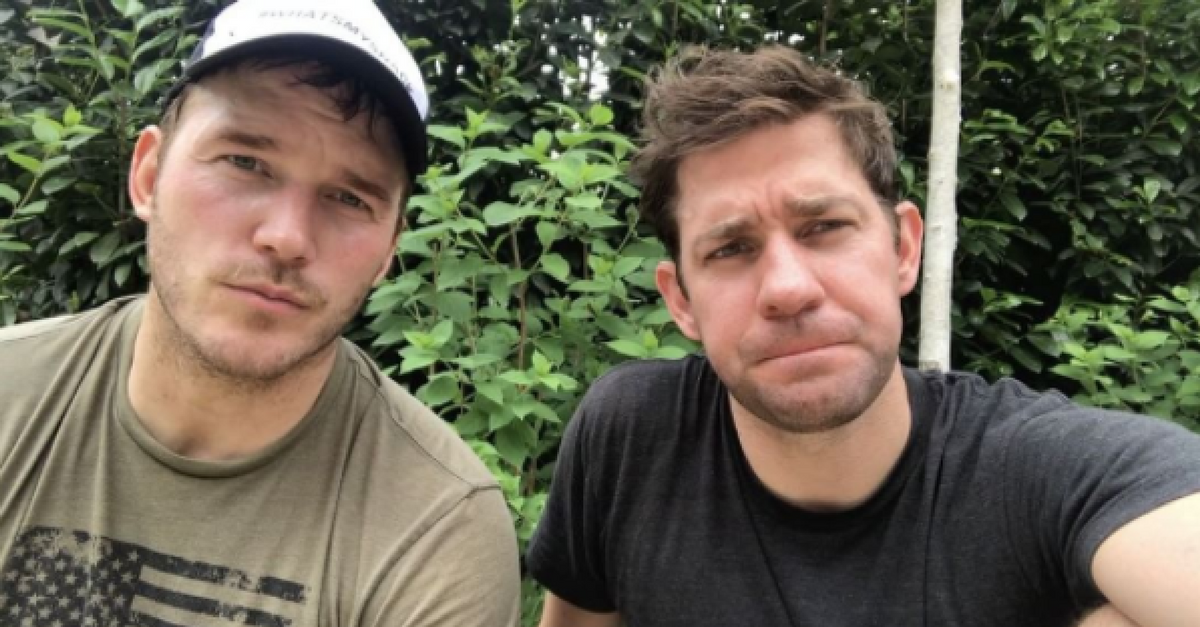 Chris Pratt and John Krasinski aren’t letting being out of the country on Memorial Day stop them from showing off their patriotism.

The actors are both in the United Kingdom, but they made sure to save some time to commemorate the holiday by completing the #MurphChallenge, an exercise routine that was created in honor of the late United States Navy SEAL officer Michael P. Murphy, who was awarded the Medal of Honor, the U.S. military?s highest decoration, for his actions during the War in Afghanistan.

#memorialday #murphchallenge @johnkrasinski 1 mile 100 pull-ups 200 push-ups 300 air-squats 1 mile Do it for time. Check out the challenge and get your shirt at https://www.forged.com/ Thank you to all fallen heroes and their families. Today we remember and honor you.

Today we remember and honor each and every one of the brave men and women who gave their lives for us. #memorialday #murphchallenge @prattprattpratt

?It?s a day like today when we commemorate those fallen heroes and say thanks for all you do to make our dreams come true,? Pratt said on Instagram.

?So today, whether you do a Murph Challenge or just take some time to say thank you and remember, remember that?s what today is all about,? Krasinski added.

Each Memorial Day, people across the country perform the workout: a 1-mile run, 100 pull-ups, 200 push-ups, 300 air squats and another 1-mile run while wearing a 20-lb. body vest. The challenge raises money and awareness for the LT. Michael P. Murphy Memorial Scholarship Foundation.

RELATED: Take a look at this moving memorial dedicated to soldiers who lost their lives in Iraq and Afghanistan