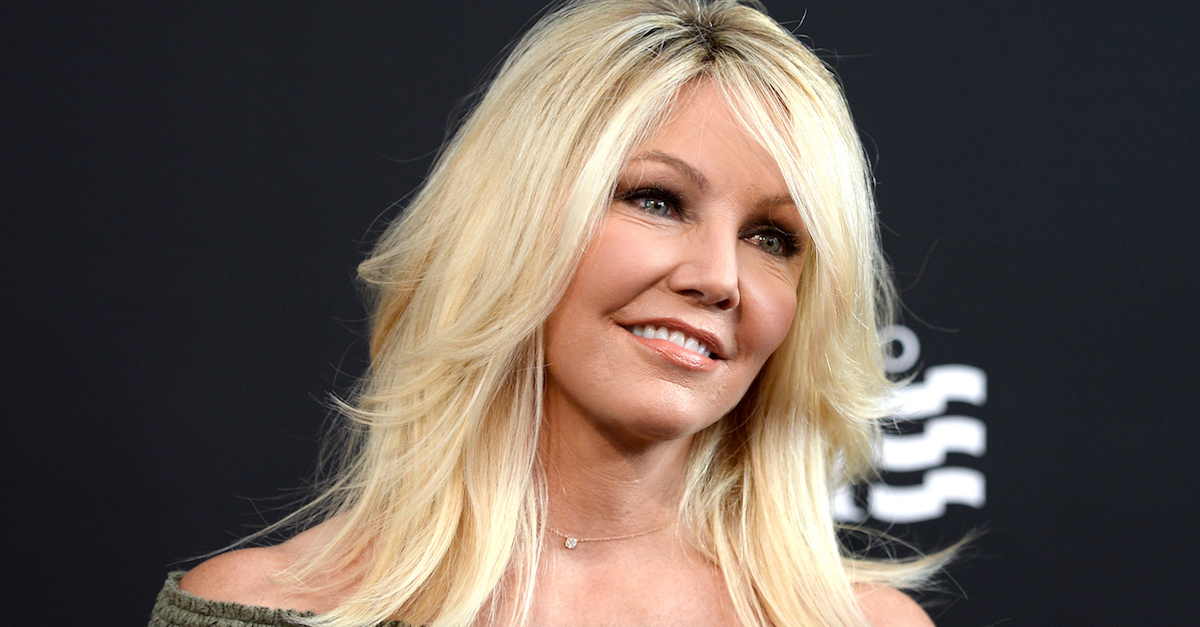 The 56-year-old television veteran was reportedly taken into custody Sunday night after police responded to a domestic violence call at her California home, TMZ reports.

RELATED: A “Melrose Place” alum reportedly stands accused of sexual misconduct with a then-underage boy during her time on the show

According to the 911 call obtained by the publication, the former “Dynasty” star’s brother Mark Locklear came to her Thousand Oaks home and discovered her fighting with her boyfriend; her brother then called the police. Responding officers reportedly found the boyfriend with a visible mark on him, and when they attempted to arrest Locklear, she reportedly became “combative” and struck three officers as she kicked and thrashed around. In addition to her felony domestic violence charge, she faces three counts of misdemeanor battery of an officer.

Locklear was reportedly evaluated at a hospital before being taken to jail.

Although authorities are not naming whom she allegedly attacked, according to Radar Online, this incident may not have been the first time the actress — who has had a history of substance abuse problems — has been involved in a domestic violence dispute.

Weeks before she got into an accident on Sept. 14 in which she crashed her Porsche into a tree, Locklear was allegedly involved in a fight with boyfriend Chris Heisser, with whom she’s rumored to have a volatile relationship.

“This guy isn’t good for Heather’s sobriety,” an insider told the gossip site at the time. The couple allegedly “got into a knock-down, drag-out brawl.”

“Heather went completely psycho and threw things at Chris! She was in a rage — violent and inconsolable. It was a mess,” added another source. According to InTouch, Locklear and Heisser were high school sweethearts who reunited after the former’s most recent stint in rehab.

Locklear has had previous struggles with alcohol and drug abuse, having gone to rehab in 2008 following a DUI arrest, and she was hospitalized in 2012 after allegedly consuming prescription pills with alcohol.

RELATED: Actress Heather Locklear suffers injuries after driving her car into a ditch

Locklear became a household face after starring in television classics like “T.J. Hooker,” “Melrose Place” and “Dynasty.” She was previously married to rocker Richie Sambora, with whom she shares daughter Ava, 20. Before Sambora, Locklear was married to newly-engaged “Mötley Crüe” founder Tommy Lee.