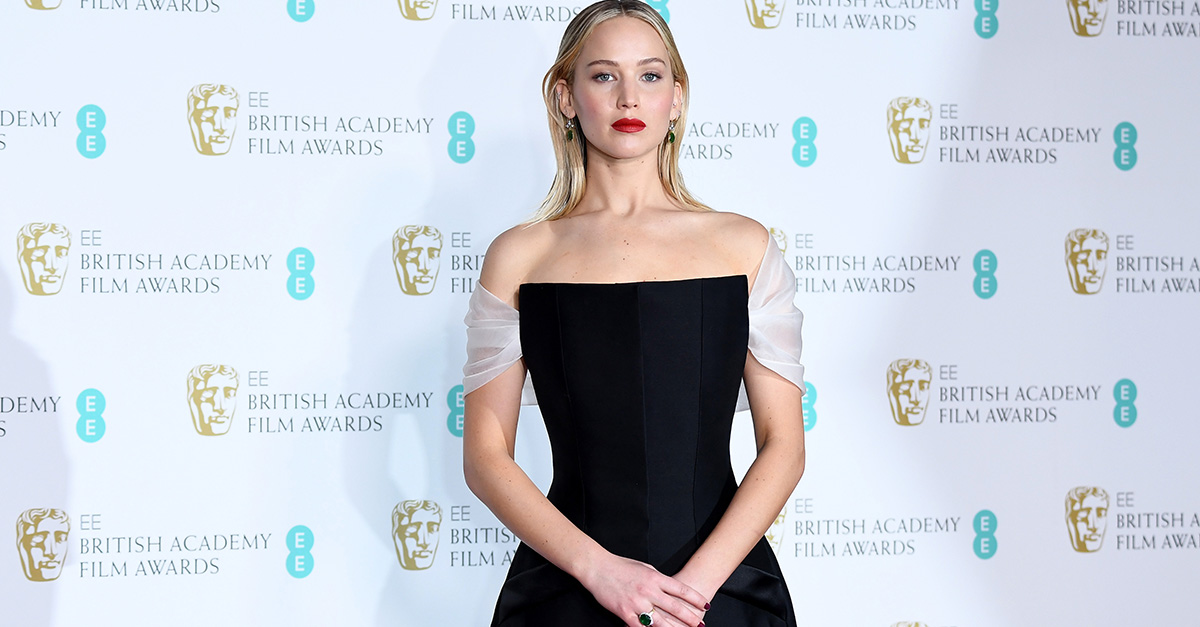 Jennifer Lawrence’s dry sense of humor didn’t go over well when she was introduced by British actress Joanna Lumley at the U.K.’s BAFTA awards over the weekend.

According to Metro, Lawrence sassed the legend over the weekend when she was brought onstage to present the Outstanding British Film award, which went to “Three Billboards Outside Ebbing, Missouri.”

“Right let?s start giving out some of those beautiful BAFTAs shall we?” Lumley said at the beginning of the evening. “And we start with the award for Outstanding British Film, and who better to kick the whole evening off than the hottest actress on the planet? Soon to be seen in ‘Red Sparrow,’ it’s the ravishing Jennifer Lawrence.”

Lawrence then approached the stage, where she curtly responded, “Hi, that was a bit much but thank you, Joanna.”

The internet didn’t take kindly to Lawrence’s dry response to Lumley’s over-the-top compliment and slammed the actress on Twitter following the awkward encounter.

RELATED: The internet showed no mercy when Duchess Catherine stepped out wearing this over the weekend

You DO NOT be rude to Joanna Lumley. Accept the compliment with grace and dignity Jennifer Lawrence #EEBAFTAs pic.twitter.com/DbtB3BUDZv

How rude was Jennifer Lawrence to Joanna Lumley? #EEBAFTAs

Wow seriously Jennifer Lawrence needs to lighten the F up. Joanna Lumley gave you a compliment calling you ravishing and you knocked her back like a right stuck up cow. Take the compliment. Jesus Christ! Ungrateful much! I'd love a compliment from Lumley #EEBAFTAs

Following the BAFTA flub, Lawrence announced she will be taking a break from acting to focus on her advocacy work.

“I’m going to take the next year off,” she said, according to Entertainment Tonight. “I’m going to be working with this organization as a part of Represent.Us … trying to get young people engaged politically on a local level.”

“It doesn’t have anything to do with partisan [politics],” Lawrence continued. “It’s just anti-corruption and stuff trying to pass state by state laws that can help prevent corruption, fix our democracy.”