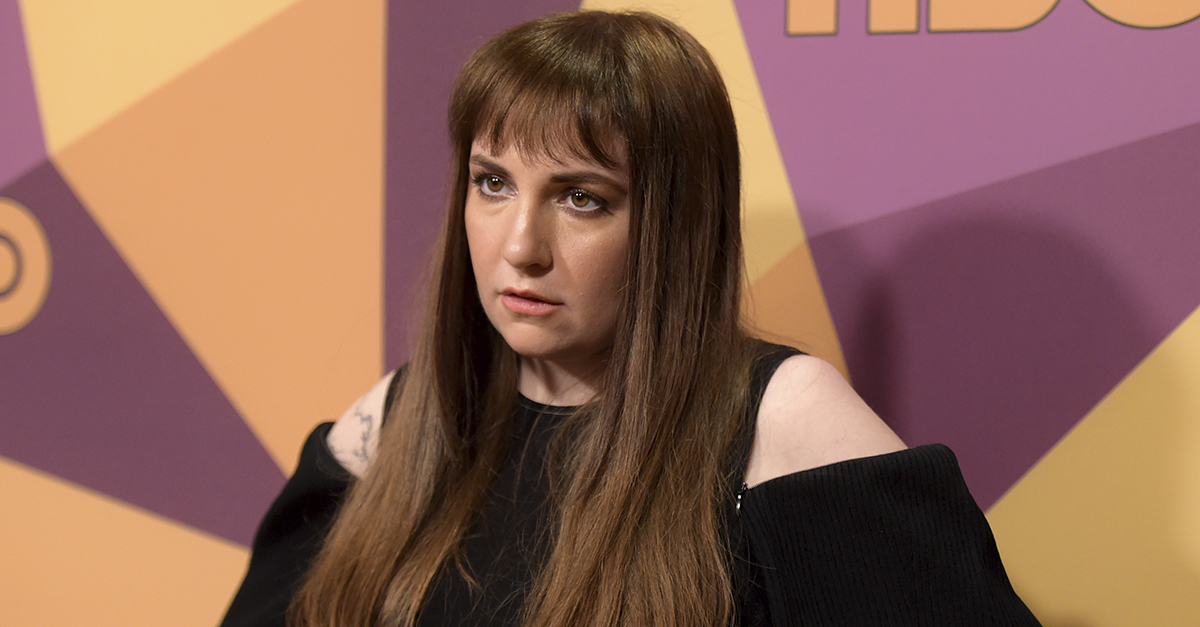 Lena Dunham is opening up to fans as she recovers from a hysterectomy.

On Friday, the “Girls” star gave fans a look into her recovery with a photo taken as she was getting ready to be discharged from the hospital.

“Your body failing you is a loss that?s hard to explain and yet the amount of messages I?ve gotten from women in a similar predicament has been so overwhelming, loving and heartening,” she wrote to fans. “More than 60 million women in America are living with hysterectomies and those of you who?ve shared your plight and perseverance make me feel so honored to be in your company.”

Approximately 600,000 hysterectomies are performed in the United States annually and nearly 20 million American women have undergone the same procedure, according to a 2015 post on the National Women’s Health Network.

The actress concluded her post writing, “Thank you to the village of women who took care of me through this entire process. I have a broken heart and I hear those don?t mend overnight, but we are linked forever by this experience and our refusal to let it hold any of us back from even the grandest dreams.”

Dunham opened up about her decision to have the procedure at the young age of 31 earlier this week in an essay written for Vogue. Dunham revealed that she underwent numerous surgeries and ultrasounds while doctors attempted to treat her endometriosis but the pain got progressively worse and in August 2017, it was just too much to bear.

RELATED: Lena Dunham backtracks her defense of a colleague accused of raping a teen

“In August, the pain becomes unbearable. I am delirious with it, and the doctors can?t really explain. The ultrasound shows no cysts, no free fluid, and certainly no baby. But that doesn?t help the fact that it hurts so bad that the human voices around me have become a sort of nonsense ‘Teletubbies’ singsong. With pain like this, I will never be able to be anyone?s mother. Even if I could get pregnant, there?s nothing I can offer,” she wrote. Dunham revealed that she tried to manage the pain by trying “pelvic-floor therapy, massage therapy, pain therapy, color therapy, acupuncture, yoga, and a brief yet horrifying foray into vaginal massage from a stranger,” before asking her doctor if her “uterus needs to come out.”

Two days later, Dunham said she checked herself into the hospital and declared she was not “leaving until they stop this pain or take [her] uterus. Eventually, Dunham got what she wanted and doctors agreed to perform the surgery.

“In the operating room the lovely Haitian anesthesiologist, Dr. Lallemand, lets me select a favorite Rihanna song, and I try to absorb the gravity of the moment?at least a dozen people dressed in blue scrubs with face masks, the fact that I could run right now but instead I am choosing to stay, choosing this. I have to admit I am really choosing this?I gave up on more treatment. I gave up on more pain. I gave up on more uncertainty,” she wrote. She shared that her condition was worse than she or doctors would have imagined by months later, she is “healing like a champ.”

As for one day being a mother, Dunham said that though she would have loved to carry her own child, she knows she now has choices.

“Adoption is a thrilling truth I?ll pursue with all my might. But I wanted that stomach. I wanted to know what nine months of complete togetherness could feel like. I was meant for the job, but I didn?t pass the interview. And that?s OK. It really is.”

While Dunham thought having a hysterectomy was the best decision for her health, one doctor disagreed. The Cut talked to Dr. Kathy Huang, the director of the Endometriosis Center at NYU Langone Medical Center following the news and she was shocked by Dunham’s decision.

“First of all, you should not get a hysterectomy for endometriosis. I?m going to start with that. That?s not actually the definitive treatment. A hysterectomy just removes the uterus. It doesn?t actually fix the endometriosis, because those lesions are outside of the uterus,” Dr. Huang said. “A lot of times patients are offered that option. The only medically indicated time when a hysterectomy can help is when the patient has adenomyosis, when the uterus itself is bleeding. That?s the only time.”