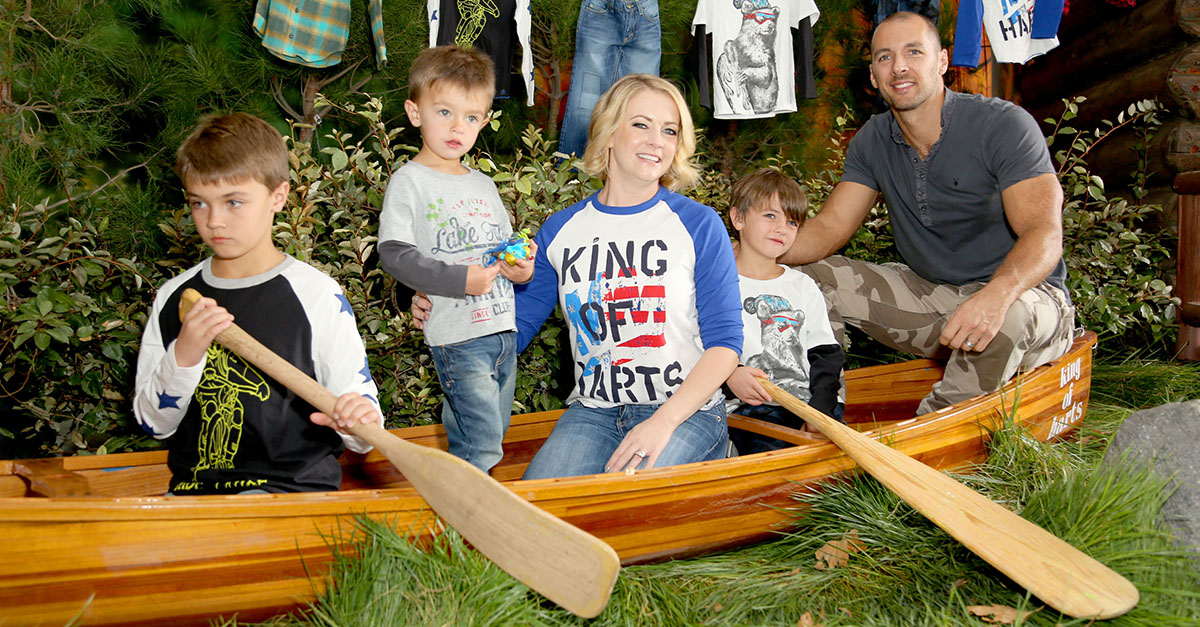 Melissa Joan Hart has this working mom in Hollywood thing down to a science!

Hart is a mother to three sons, Mason, 11, Braydon “Brady,” 8, and Tucker, 4, and has been married to husband and musician Mark Wilkerson since 2003.

Cousins are game ready….. even the snot faced one! #rolltideroll #rammerjammer #rolltide

Career-wise, Hart has been a wildly successful actress since she was a teenager. She kicked her career in Hollywood off with a starring role in the 1990s Nickelodeon series “Clarissa Explains It All” before moving on to “Sabrina the Teenage Witch.” After “Sabrina The Teenage Witch” came to an end, Hart kept busy with appearances in other series, including “Law & Order: SVU” and “Touched By An Angel,” and she competed in “Dancing with the Stars” in 2010.

Most recently, Hart has had a starring role on the FreeForm (formally ABC Family) series “Melissa and Joey,” where she served as the star and director.

RELATED: While hanging out in the White House, Ivanka Trump’s youngest son hit a milestone of his own

We weren’t kidding! She really does it all!

Rare caught up with the actress, who shared some of her favorite tips and tricks to keeping her family happy and healthy while having a successful career in Hollywood.

In this day and age, it’s easy to just occupy young kids but putting a screen in their faces, but Hart does her best to occupy her boys in other ways.

“My husband and I really make an effort to foster imaginative and creative play. It’s so easy to fall into the screen time black hole. I do my best to also set aside 1-on-1 time with each child so they get my full attention. The activities don’t have to be elaborate! Even just coloring together or playing cards goes a long way,” Hart told Rare exclusively.

We are the #ThreeAmigos! And ElGuapo and one of his senoritas. #HappyHalloween

Hart also believes in healthy habits and has been working to instill the same in her three young sons.

“It’s so important for me to set an example for my boys and create good eating habits. I’ve used Nutrisystem for several years and it’s really taught me how to eat and about portion control – and those things are the same when it comes to children,” She said. Hart became a Nutrisystem ambassador after the birth of her third child and has been loving her new healthy lifestyle ever since.

“We enforce sitting at the table for dinner each night, and I try to make healthy food swaps that the kids will like,” she said. “We also play a lot! We are an active family and like to run around together. Even though the kids are different ages, we find activities that match everyone’s level.”

RELATED: Singer Ciara brought smiles to kids’ faces as she treated patients at a children’s hospital to makeovers

Sounds easy fun and enough, right? Well, according to Hart, doing it all really isn’t as easy as it seems.

“It’s definitely not easy, and I think it’s always a work in progress. And with three energetic boys, it can be exhausting. I try to multi-task like returning work calls while I’m pushing them on the swing. Or getting them to ‘help’ me return my emails,” she said.

“I think showing your children the importance of work ethic is a good thing. I also think it’s important to ask for help, and I am so lucky to have my wonderful husband, Mark, who’s really hands on and helps share the load. I have great neighbors and friends who I can rely on. It takes a village, but I wouldn’t have it any other way.”