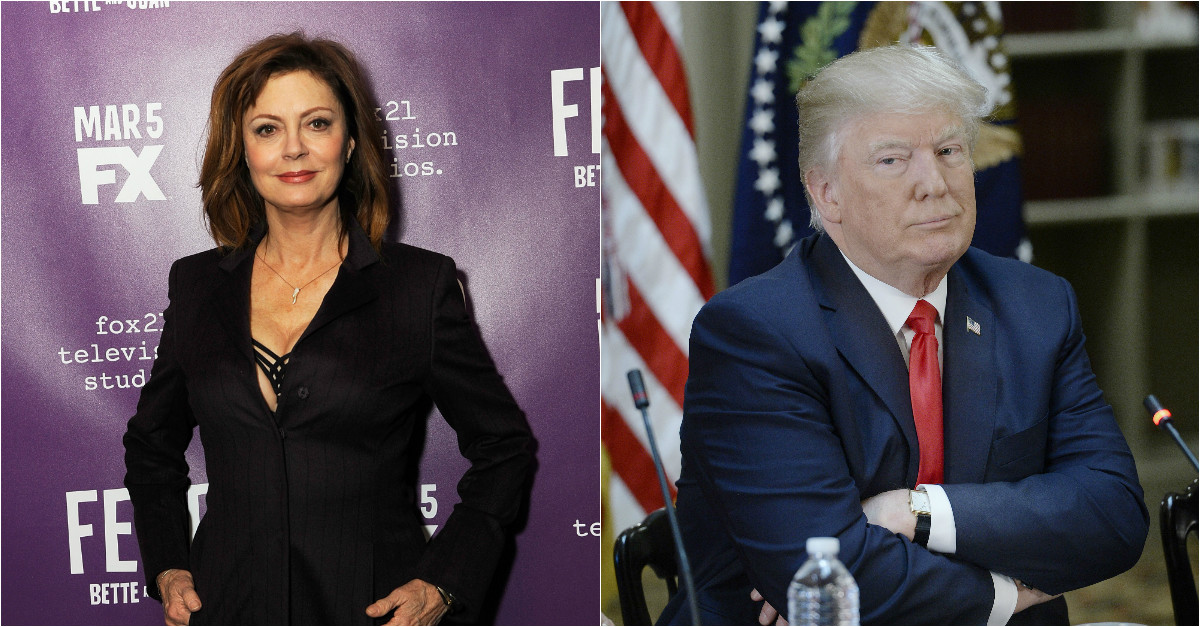 Susan Sarandon did not vote for President Donald Trump, but that doesn’t mean she can’t see the silver linings of his presidency.

The “Feud: Bette and Joan” actress appeared on “The View” on Wednesday and opened up about her feelings toward the president.

“How do you think [Donald Trump] is doing now?” Joy Behar asked.

RELATED: Jennifer Lawrence is reportedly “heartbroken” after hearing of the tragic suicide of friend Clay Adler

“Oh! He’s terrible!” Sarandon exclaimed. “But, you know, this is the thing about Trump […] besides, you know, that its a heyday for comedians. ‘Saturday Night Live’ is just going off the charts. It’s going to take a while to understand that he doesn’t have a follow through, this guy. It’s like he is playing president. He doesn’t know the ramifications a lot of times; he hasn’t thought it through.”

Citing the change that she supported in former candidate Bernie Sanders, Sarandon shared her thoughts on other voters’ opinions of Trump during his campaign.

“There are people who are Republicans who wanted change. They didn’t want the status quo. He was the only guy talking about change. He wasn’t very good on the details, and people bought into it, and I understand,” she said.