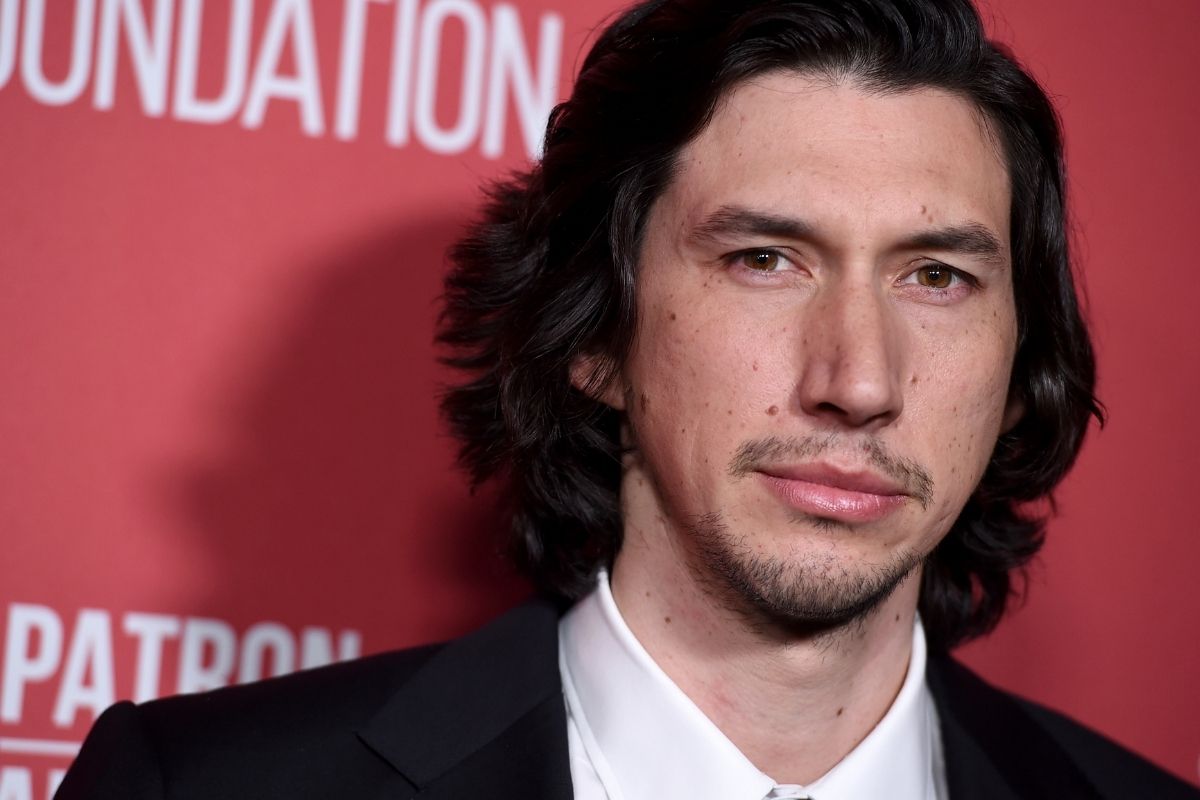 When Adam Driver first appeared on television in Girls, he stole the show. Who was this incredibly tall, hulking, emotionally unstable weirdo? And why was he so damn irresistible? But Driver has come a long way since portraying Adam Sackler on Lena Dunham’s hit HBO series. With the obvious indie appeal, Driver went on to star in films by Spike Lee, Jim Jarmusch, Noah Baumbach, and the Coen Brothers…while also earning a place in the lucrative Star Wars universe as Kylo Ren. Somehow, Adam Driver fits every disparate Hollywood mold — and to critical acclaim. So it might surprise you to learn that this talented actor’s work ethic derives from his time as a United States Marine.

Adam Douglas Driver was born in San Diego, California, and moved to his mother’s hometown Mishawaka, Indiana when he was seven years old. Driver attended Mishawaka High School where he seems to have had a pretty standard Midwest adolescence. “We would climb radio towers, set things on fire. We tried to set a tire on fire. That was really hard. There’s a place behind Kroger where we would Dumpster-dive for potato chips…” Driver explained to George Gurley in M Magazine. The self-described “skinny misfit” also tried to start a fight club at his own high school. Very 1999.

When Adam Driver, who always had a theatrical streak, was rejected by the Juilliard School, he felt aimless in Indiana. “I wasn’t doing anything. There was nothing holding me to stay there. Joining the military was beneficial because I think I had the will but didn’t have the drive or didn’t know where to put it. And I learned in the military where to put it,” he said in M Magazine. Shortly after 9/11, Driver enlisted in the United States Marine Corps.

He was assigned to Weapons Company, 1st Battalion, 1st Marines as an 81mm mortarman where he served for almost three years. Right before his unit was shipped to Iraq, Driver was medically discharged after fracturing his sternum in a mountain biking accident. Although his time in the service was cut short, it provided the opportunity for Driver to try out, again, for Juilliard. This time he got in, and his seemingly unstoppable acting career was born.

While at Juilliard, Adam Driver struggled to adapt to the student lifestyle which so vastly different from the Marine Corps. “I made people in my school cry because it was just the way I was used to talking to people,” he shared in M Magazine. But the hyper-aggression which had been so vital as a Marine certainly helped Driver make the most of his first television role in 2012, as a raging sadomasochist on Girls. Soon after Driver graduated from Juilliard, Driver was acting on and off-Broadway. But it didn’t take long for the movie offers to start rolling in: his film debut came through a small part in Clint Eastwood’s drama, J. Edgar. A year later, Driver played a supporting role in one of Greta Gerwig’s earlier films, the incredibly earnest Frances Ha. By 2013, Driver was starring as the titular folk singer in Inside Llewyn Davis in2013.

Adam Driver earned three Emmy nominations for his work on Girls, one for his hilarious turn hosting Saturday Night Live, and two Oscar nominations for BlackKklansmen and Marriage Story. In 2013, Driver married his longtime girlfriend Joanne Tucker, with whom he founded Arts in the Armed Forces, a nonprofit that performs theatre for all branches of the U.S. military.

Of the program, Driver has said, “Acting is a service and I did not get to finish mine. So, whenever I get to be of service to this ultimate service industry, the military, for me there is nothing better than that.” He and Tucker now live in Brooklyn, New York and have a young son, whose identity they keep very private. Adam Driver does not live the typical movie star lifestyle. Although playing the major villain in The Last Jedi and Star Wars: The Force Awakens certainly affirmed the actor’s place in the mainstream, he seems uncomfortable with the attention and refuses to even watch or listen to his own performances.

In an ongoing bit satirizing our collective fixation on the (objectively hot) Adam Driver, Last Week Tonight host John Oliver once even asked, “What of Adam Driver himself? Is he bothered by this continued sexualization? He seems like a fairly private guy who’s generally uncomfortable with the attention.” But that did not stop him from continuing the segment, every week, until this final confrontation between the two men during Oliver’s recent season finale.

Watch: How ‘Forrest Gump’ Inspired Gary Sinise To Get Involved With Veterans