After 15 seasons, “Say Yes to the Dress” is getting its first polygamous bride 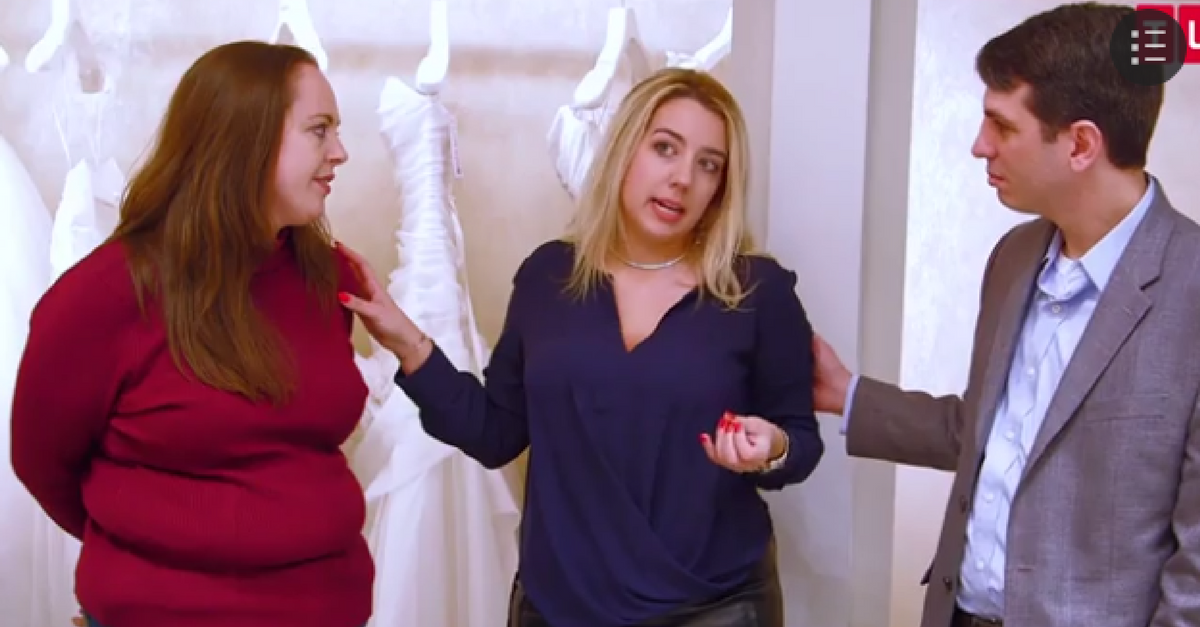 On Saturday’s episode of “Say Yes to the Dress,” the Kleinfeld bridal salon will welcome its first polygamous bride Jennifer, along with her husband Peter and his wife, Ellen. While most polygamous marriages come about as part of a religious custom, this trio insists that other reasons led them to want to join themselves together in matrimony.

“This isn?t really religious-based,” Peter insists in a sneak peek of the episode. “We were all Catholic, [this is] clearly pretty far from the religion in which we were raised.”

RELATED: After years of rumors Joe Scarborough and Mika Brzezinski are finally making it official

After ten years of marriage “Ellen had some serious health issues which put a strain on their marriage,” Jennifer explains to her consultant Debbie Asprea.

Ellen then reveals that she began to suffer from Obsessive-Compulsive Disorder after giving birth to her daughter. The condition left her repulsed by the touch of other people, something she feels is “unfair” to Peter.

“I never wanted to embarrass Ellen,” Peter insists. “And I never wanted people that don?t understand all of the details of our life, to know that I was lonely.”

Ellen then made it clear that the arrangement was her idea, “This was something that I kind of pushed. I wanted to be sure that he was okay.”

“Truly I love both women ? you need to make sure they?re cared for equally and feel that they?re appreciated and paid attention to equally,” Peter says. “Happy wife, happy life.”

RELATED: Julianne Hough gets real about planning her dream wedding with the love of her life