Plenty of people abuse free samples. To the selfish among us, one neighbor’s entire bowl of Halloween candy could substitute for a long night of trick-or-treating.

On a recent show, Ellen DeGeneres staged a table of free merchandise where her show’s audience would be sure to see it. Just one rule: One per person.

And if you know Ellen, you know nothing’s that free or easy. But that didn’t stop one woman, who only identified herself to the audience as “Nancy.”

“Nancy” saw the FREE sign and ignored it. In fact, she took from the table of free gifts multiple times, making return trips to exchange merchandise or take more. Pretty egregious.

Ellen, of course, had this all in mind when she designed the segment. She covered the room in hidden cameras and completely put “Nancy” on blast.

It’s excrutiating. And so, so satisfying.

Now it’s worth noting that Ellen began the segment by commending almost all of the studio audience, who politely and respectfully took only what they were allowed to take. One guest wanted two items but took one, saying “I’ll just buy this.” Ellen called her out and rewarded her with the hat she was planning on buying.

“Any of you could have taken more than one, and you didn’t,” Ellen said. “Except for these ladies right here.”

Then she rolls the tape and puts “Nancy” in time-out. You earned it, Nancy! 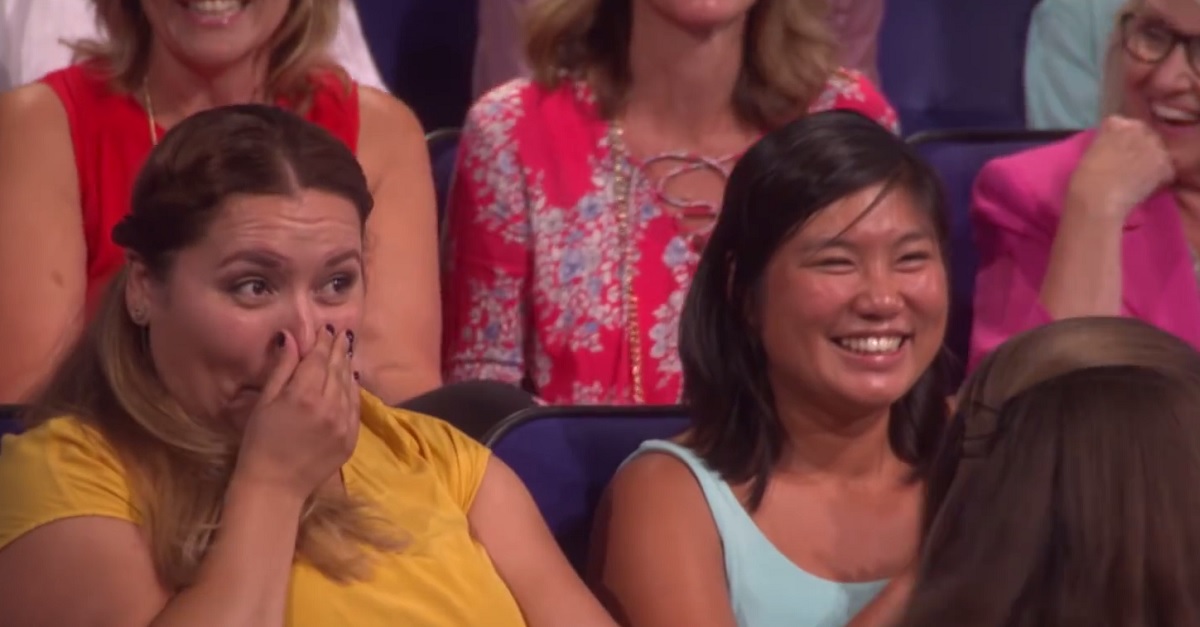