After “Jumanji” remake, Kevin Hart has his eyes on another classic family comedy 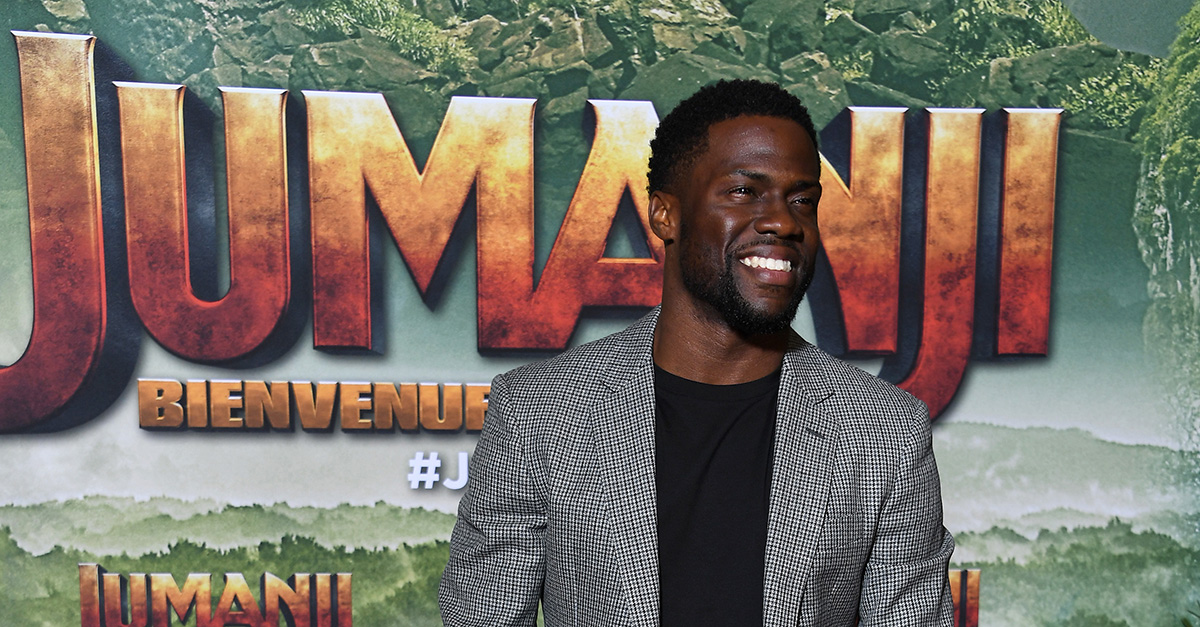 Kevin Hart sits high atop the family comedy throne, but it looks like he’s really coming for the late Robin Williams’ crown.

In a decade chock-full of reboots, the funnyman may be eyeing 20th Century Fox to let him don Williams’ make up and prosthetics to become the next “Mrs. Doubtfire,” according to Uproxx.

While making the rounds promoting his upcoming film, “Jumanji: Welcome to the Jungle,” Hart, 38, was asked by CinemaBlend what roles he might want to take on next. He had a bold answer.

“I’ll stay on the Robin Williams train and say that if I could jump into ‘Mrs. Doubtfire,’” he revealed. “That was a very amazing performance on both ends for him. I think that’s one I’d love to get to play in.”

If he does get the opportunity, Hart will have massive shoes to fill. The late Williams’ smash hit — where he played a divorced dad disguising himself as a housekeeper in order to spend time with his kids — cleaned up at the box office, earning over $200 million in domestic sales and racking up $441 million internationally.

A remake of the 1993 movie nearly took off the ground, with the Hollywood Reporter revealing that the original star and director were on board. It wasn’t meant to be however. The 63-year-old Oscar-winning actor took his own life on Aug. 11, 2014, after, according to his publicist, “battling severe depression of late.”

Hart’s already undertaken part of Williams’ mantle by stepping into a rebooted Jumanji flick alongside Dwayne Johnson, Jack Black and Karen Gillan. In a year of many highs and lows — in addition to a slew of starring roles, Hart’s wife Eniko Parrish gave birth to their son Kenzo Kash, although he reportedly cheated on her — the acting comic is definitely going to feel the pressure if he does take on the part.

Hope it’s not a run-by fruiting!