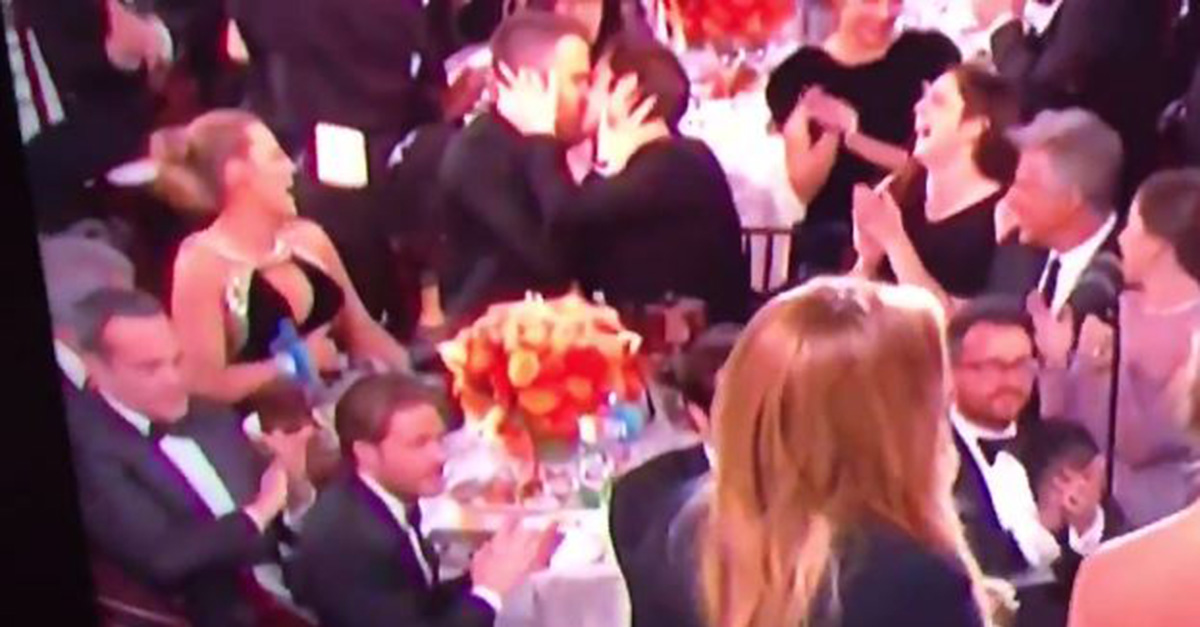 Losing is never fun, but somehow, Ryan Reynolds made it just that.

On Sunday night, Reynolds decided find comfort in the arms of fellow actor Andrew Garfield after he lost the Golden Globe for Best Actor in a Comedy or Musical to Ryan Gosling.

RYAN REYNOLDS AND ANDREW GARFIELD KISSING IN THE BACKGROUND IS EVERYTHING #GoldenGlobes pic.twitter.com/0BD3WOmAbc

As soon as it was announced, Reynolds reached across the table, grabbed Garfield’s face and went in for the kiss.

RELATED: While addressing her New Year’s Eve fiasco, Mariah Carey made a shocking announcement to fans

Garfield was a good sport about the whole thing and reached up for Reynolds. The audience burst into applause and laughter and Reynold’s wife, Blake Lively cheered her man on.

We guess Reynolds didn’t go home a loser after all.