The internet is forever, they usually warn, but it’s also everywhere, and sometimes it gets used in some strange ways.

Recently, a man who took a selfie with actress Jessica Alba later found that photo hanging in a deli in Monterey, California. This was a deli he’d never been to and a deli that (unceremoniously, we assume) cut him out of the picture like a bad ex.

RELATED: Jessica Alba couldn’t resist posing with this police officer after getting a glimpse at one of his tattoos

Last year I took a pic w/ Jessica Alba. Last week my friend found it in a deli I’ve never been to, with me cropped out.

The whole thing was documented in two pictures posted to Imgur by Dave Jennings and reported by Mashable. Last year, Jennings’ was lucky enough to run into Alba at the airport and asked her for a selfie, which she obliged.

This week, one of Jennings’ friends found that selfie at a deli in Monterey — and Dave had been cropped out. It doesn’t sound like Jennings’ friend asked any questions, though we can think of quite a few.

But hey, at least Jennings got the selfie. 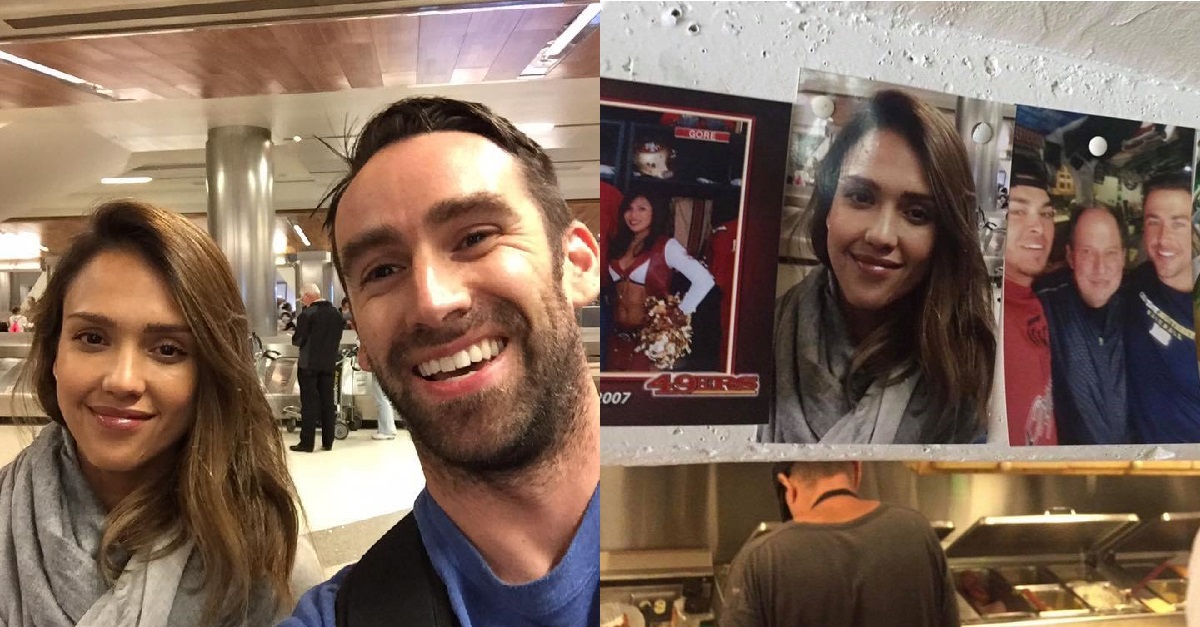