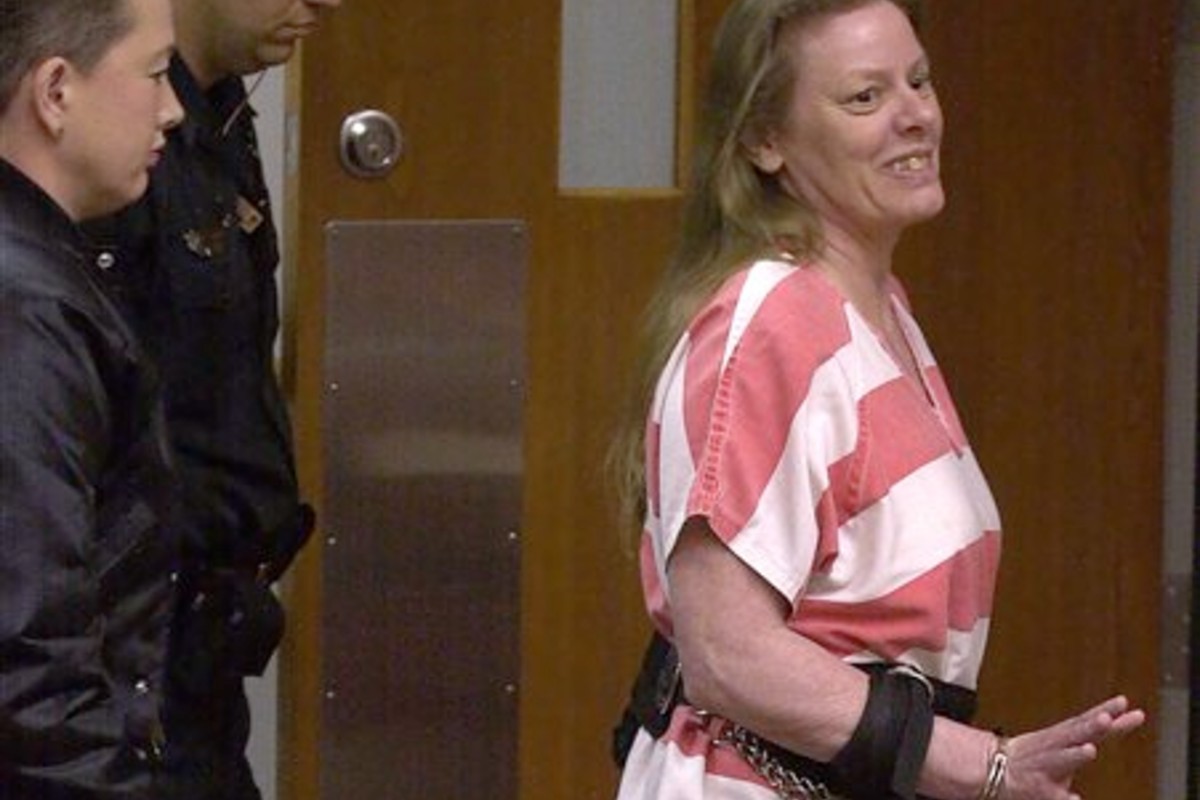 Aileen Wuornos is often called “America’s first female serial killer,” though this isn’t quite accurate. Wuornos, responsible for the deaths of seven men in Florida from 1989 to 1990, was actually the first woman in America to be profiled by the FBI as a serial killer.

Wournos, born in Rochester, Michigan in 1956, had an upbringing that could only be called nightmarish, marked by sexual assault and child abuse. She never met her father, a convicted child molester who hung himself in prison. Her mother, Aileen Carol Pittman, abandoned her to her alcoholic grandparents when she was four. She was sexually active at a young age, including with her older brother, and later claimed she was sexually abused by her grandfather. She was kicked out of her grandparents’ home at 14 after she became pregnant, and her baby was delivered in a home for unwed mothers and given up for adoption.

As an adult, Wuornos began a transient life. She often relied on sex work and hitchhiking to survive, steadily amassing a rap sheet including assault, drunk driving, disorderly conduct, and armed robbery charges. In 1986 in Daytona Beach, Florida, she met Tyria Moore and the two began a romantic — and criminal — relationship.

In December 1989, Wuornos’ first victim, Richard Mallory — an electronics store owner in Clearwater and convicted rapist — was found in a Daytona Beach junkyard with three bullet wounds in his chest. David Spears’ body was found in Citrus County five months later, with five bullet wounds. By 1990 there would be six more victims, all likely shot to death: Charles Edmund Carskaddon in Pasco County, Peter Siems of Orange Springs, Troy Burress and Charles Humphreys in Marion County, and Walter Antonio in Dixie County.

Law enforcement connected Wournos and Moore to the crimes based on prints left in Siems’ abandoned vehicle. Wournos was arrested by police officers in a biker bar in Volusia County, and Moore was picked up in Pennsylvania. Moore eventually escaped charges by helping the prosecution obtain a full confession from Wournos over the phone.

The salacious story sparked a media frenzy, and Wournos became the first female American serial killer to receive substantial coverage from the press. During her trial, she maintained the murders were self-defense—that each of the victims raped or attempted to rape her. She later recanted this testimony.

Aileen Wuornos Gets the Death Penalty

In 1992, a jury convicted her of the first-degree murder of Mallory. She received death sentences for the Mallory case and the five other murders she ultimately pled guilty to. After a decade on death row, she was executed by lethal injection in 2002. Her alleged last words were: “I’d just like to say I’m sailing with the rock, and I’ll be back like Independence Day with Jesus, June 6. Like the movie, big mother ship and all. I’ll be back.”