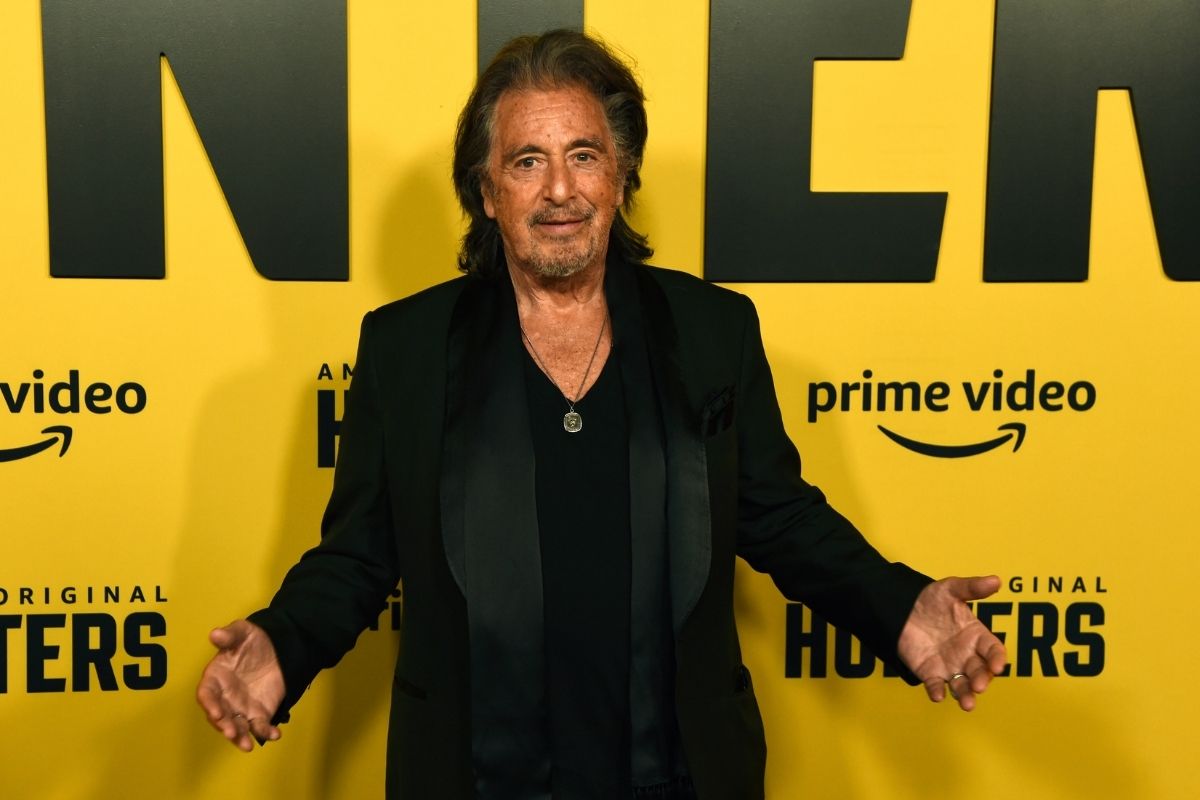 Al Pacino is a lifelong bachelor. But that does not mean he is without children. The Godfather star has three grown kids with two different women. The American method actor Alfredo James Pacino has had a successful Hollywood career spanning more than five decades. He is one of the few performers to have earned the legendary Triple Crown of Acting: an Academy Award, a Tony Awards, and an Emmy.

His mainstream breakthrough came in 1972, playing Michael Corleone in Francis Ford Coppola’s The Godfather. Pacino received his first (of nine!) Oscar nom for the riveting role.

Pacino later starred in the awesome heist, Dog Day Afternoon, the rest of The Godfather Trilogy, Scent of a Woman, Scarface, and more recently, The Irishman. Now Pacino, at the age of 80, is up for a Golden Globe for his performance as a Nazi hunter in the fictitious historical drama, Hunters, out on Amazon Prime. The series marks his first-ever TV lead.

Al Pacino grew up in the Bronx in New York City and studied at the Actors Studio under Lee Strasberg. (In 2000, Pacino became co-president of the Actors Studio, alongside Ellen Burstyn and Harvey Keitel.) After making his Broadway debut in 1969, Pacino moved to Los Angeles, California to begin acting for the screen. His first film, A Panic in Needle Park, earned the young actor critical praise. But it was a blockbuster Mafia movie the following year, The Godfather, that made Pacino a star. And on-set, he also found love… with co-star Diane Keaton.

The Love Life of Al Pacino

Al Pacino leads an enigmatic personal life. He and fellow celeb Diane Keaton had a tumultuous relationship throughout the filming of The Godfather Trilogy during the 1970s and ’80s. They starred in the franchise as husband and wife, Kay Adams and Michael Corleone. In 2017, Diane Keaton dished to People about meeting Al Pacino on the set of The Godfather:

?I was mad for him. Charming, hilarious, a nonstop talker. There was an aspect of him that was like a lost orphan, like this kind of crazy idiot savant. And oh, gorgeous!?

But Keaton issued Pacino with a marriage ultimatum ? so the story goes. And since the Hollywood playboy had no interest in settling down, it led to a heartbreaking split for the iconic power couple. Pacino has been romantically linked to several other actresses, including Tuesday Weld, Jill Clayburgh, Marthe Keller, Kathleen Quinlan, and the producer Lyndall Hobbs. He had a ten-year relationship with the Argentine actress Lucila Polak; they split in 2018. None of those women, however, are the mothers of Pacino’s three children.

Al Pacino had his first child, Julie Marie, in 1989 with acting coach Jan Tarrant. Then in 2001, Pacino had fraternal twins with the National Lampoon’s Vacation actress Beverly D’Angelo: Anton James and Olivia Rose. Pacino and D’Angelo’s split in 2003 led to a nasty custody battle over the young twins. Pacino’s lawyer famously accused D’Angelo of treating the toddlers “like hostages.”

Al Pacino’s oldest daughter Julie is now 32-years-old. And like her parents, she entered the entertainment industry. She’s produced many films, including Abracadabra in 2009 and Billy Bates in 2013. She currently heads the production company, Tiny Apples.