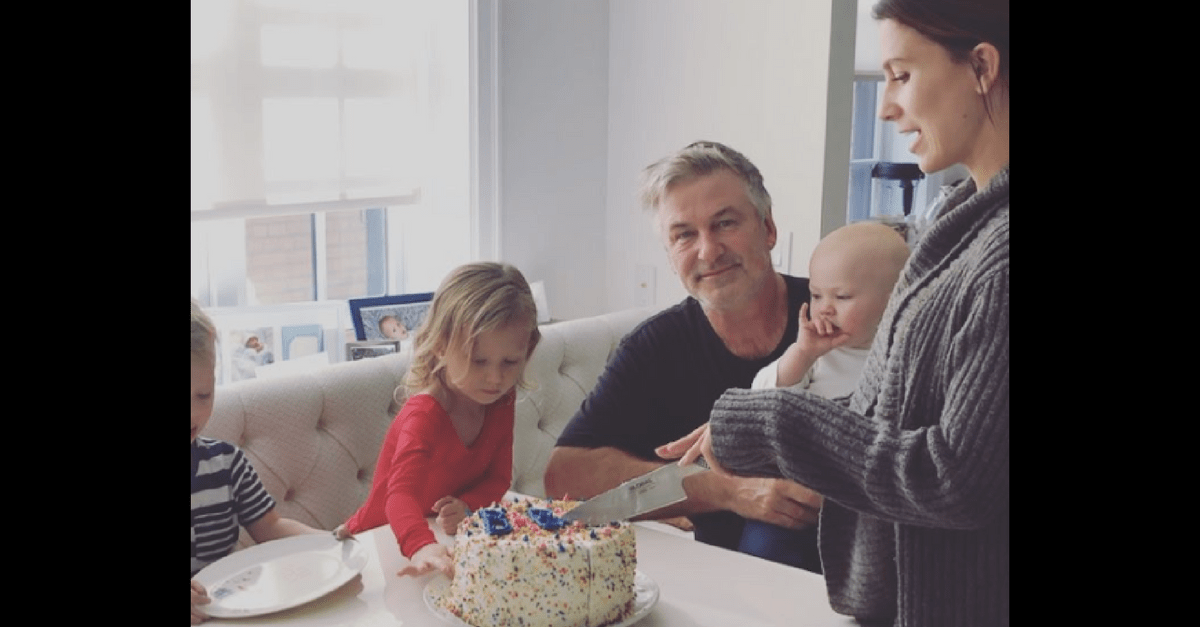 Just one day after publicly announcing that they’re expecting their fourth child together, Alec and Hilaria Baldwin revealed that they’re going to have another baby boy!

“Ready for it???” Hilaria wrote on Instagram alongside a video and photo album from their big gender reveal. “Watch and see…girl or boy! And swipe for more pics! We had so much fun doing it this way.”

The adorable video shows the couple and their three other children ? daughter Carmen, 4, and sons Rafael, 2, and Leonardo, 1 ? gathered around the family’s kitchen table as Hilaria cuts open a cake, which turned out to be blue on the inside.

“Do you know what this means? This means we’re gonna get lots of exercise,” she joked to the kids in the video.

Ready for it??? Watch and see…girl or boy! And swipe for more pics! We had so much fun doing it this way ❤️

“The magic cake says the baby is a boy,” Alec told them. “And we all say together, everybody say, ‘Thank you, magic cake!'”

The additional photos in the album show the happy family basking in the joyous news and hopefully getting ready to enjoy a few pieces of cake. While the couple will share four kids together, Alec is also dad to 22-year-old daughter Ireland Baldwin.

The Baldwins shared the news of their pregnancy on Friday, with Hilaria saying on Instagram, “Our Baldwinitos are getting a new teammate this spring,” and Alec adding, “Here we go again?”