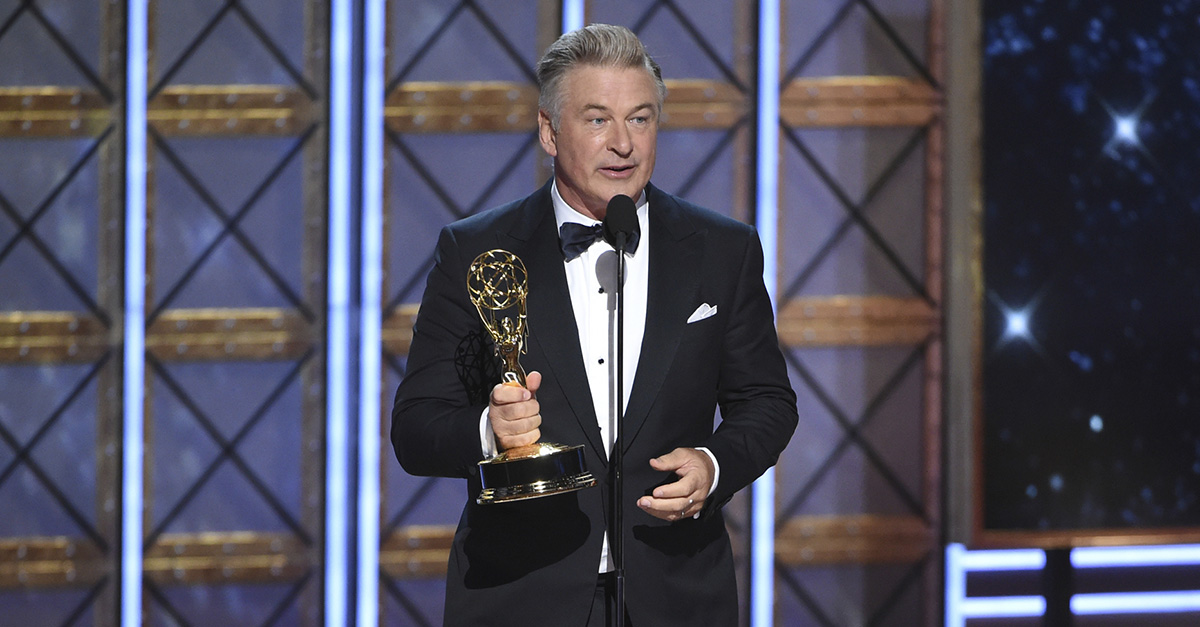 After years of appearing on the big and small screen, Alec Baldwin’s best-known role might now be his portrayal of President Trump on “Saturday Night Live,” and when Baldwin took home an Emmy for it Monday night, he couldn’t resist rubbing it in.

Baldwin was handed the award and stepped to the microphone, saying, “I suppose I should say, at long last, Mr. President, here is your Emmy.”

The president has never won an Emmy for any of his “The Apprentice” shows.

Baldwin then told the audience that he and his wife have had three children over three years but didn’t have a fourth last year during the “SNL” season.

“I wonder if there’s a correlation there,” Baldwin said. “All you men out there, you put that orange wig on, it’s birth control. Trust me.”

Not everyone found great humor in the moment. Some protested on Twitter that NBC, which also airs “The Apprentice,” provided Trump a platform as host of a November 2015 “SNL” episode when he was a presidential candidate, only to later turn against him.

RELATED: The moments everyone is going to talk about from this year’s Emmys

That was the second time Trump hosted “SNL” — the first being in 2004 — and in 2015, he wasn’t exactly willing to poke fun at himself, according to former “SNL” cast member Jon Rudnitsky. He told People magazine that Trump didn’t like sketches that weren’t Trump-friendly.

“He had trouble with the sketches, and if a sketch wasn’t complimentary about him ? mainly physically ? he wasn’t into it,” Rudnitsky told People. “He’d go, ‘It’s cute, but no ? next.'”

“He was just onto the next if it wasn’t about how great he was. I’m totally serious. I mean, there were some really funny sketches that he just didn?t get. His sense of humor is definitely skewed.”