Alex Trebek basically slayed the rap game when a great mind thought to include a rap category in one “Jeopardy!” episode.

As is the nature of the game show, host Trebek gives a hint and participants must rush to come up with the associated answer. And in this amazing episode, the hints for the “Let’s rap, kids!” category had Trebek rapping lyrics of popular songs.

How about Alex Trebek rapping on Jeopardy! tonight pic.twitter.com/MNy9CEkf1p

Some of the songs listed included “Started from the bottom” by Canadian rapper Drake, “m.A.A.d city” by Kendrick Lamar, and “6 Foot 7 Foot” by Lil’ Wayne.

Later in the evening, someone added in the proper background music for each question: 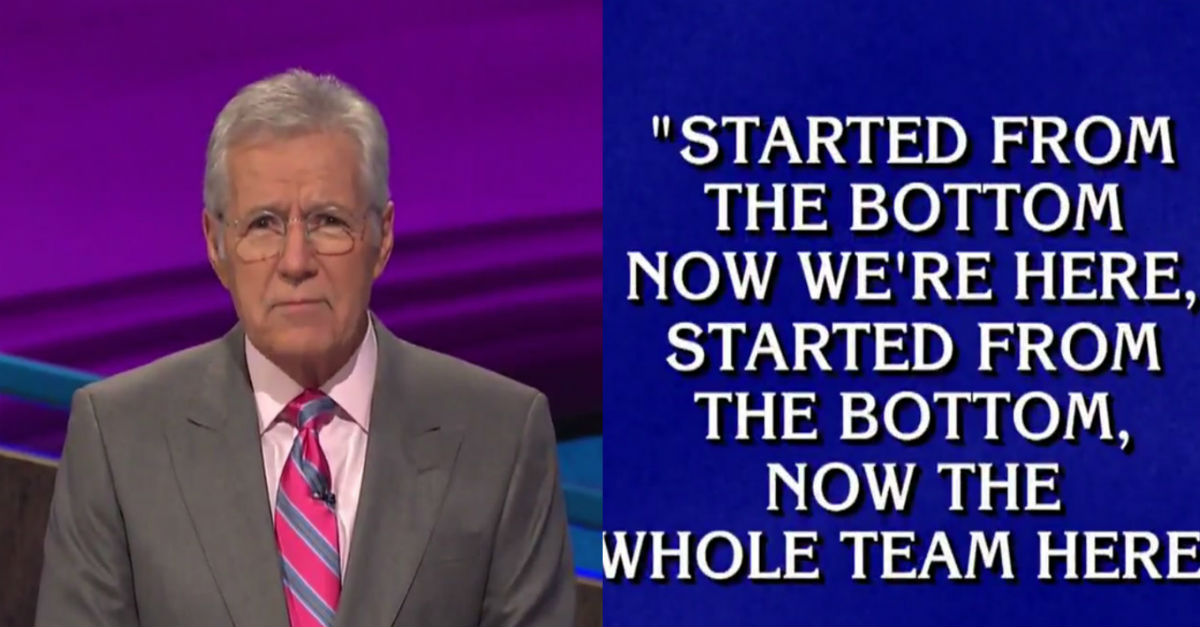