Allison Janney and Kate Winslet kiss during award show, and the internet is loving it 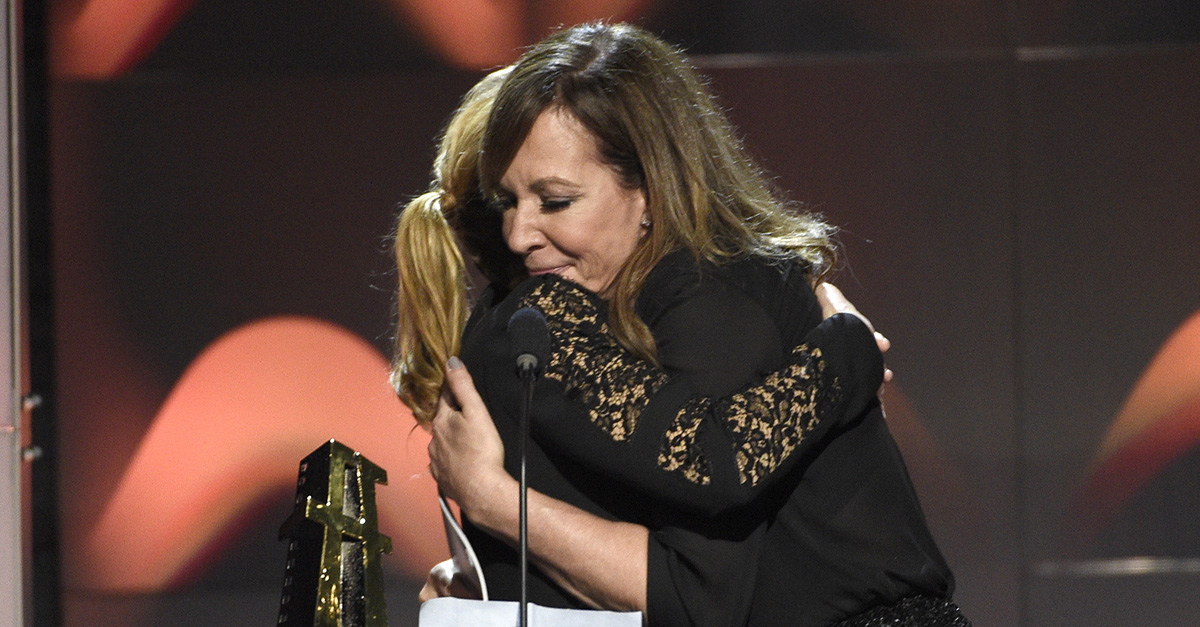 Winslet gushed, “Allison, I know I don’t really know you, but I just want to be you. I do. Or, just stroke you or something. I mean, we could always kiss maybe. Maybe. Oh it’s gonna happen.”

In a surprising move, Janney quickly rushed to the stage and the two exchanged a hug and kiss as the audience cheered.

Kate Winslet is honored with the Hollywood Actress Award for her role in @wonderwheelmov. 🙌 #HollywoodAwards pic.twitter.com/zmPl3il3oT

Once she composed herself after the steamy exchange, Winslet continued her speech. Fans online, however, we stuck on the smooch.

That was sweet lol she really seemed star struck 😂

RELATED: Kate Winslet had the sweetest reaction as she watched Leonardo DiCaprio accept his first Oscar