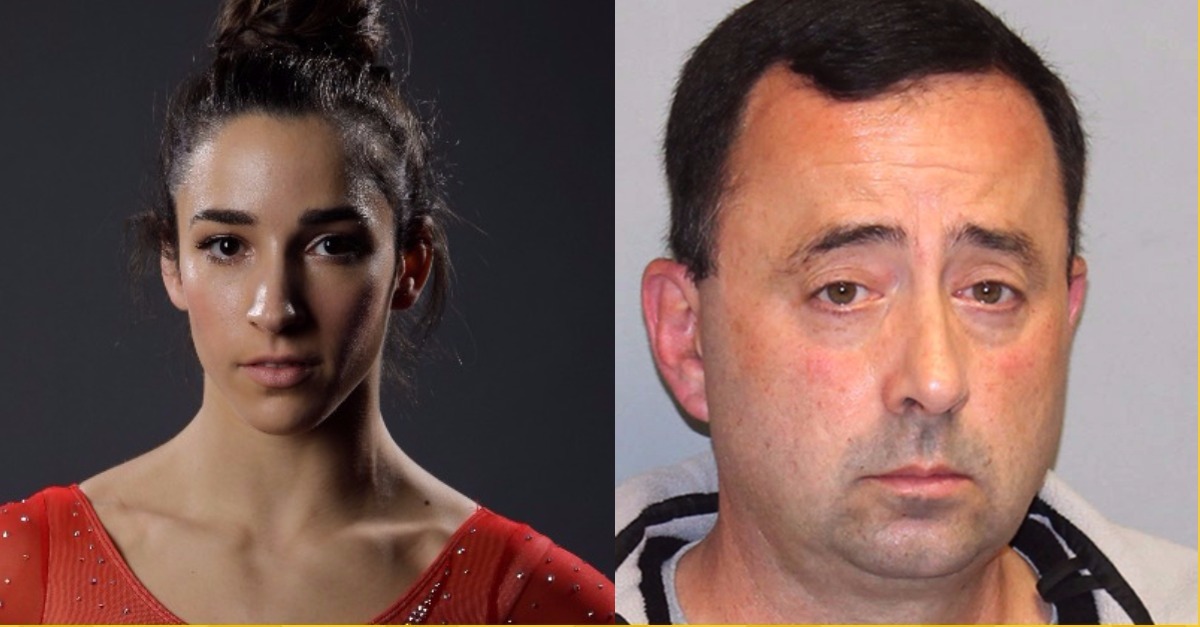 Olympic gymnast Aly Raisman is continuing to speak out about the abuse she says she endured at the hands of Team USA doctor Larry Nassar.

Last week, Raisman came forward with the allegations that Nassar abused her eight years ago. He is currently facing 22 counts of first-degree criminal sexual conduct, though he has denied allegations made by other athletes and is reportedly pleading not guilty to the charges.

On Monday, Raisman sat down with “TODAY” anchor Hoda Kotb for an in-depth interview, in which she explained why she finally decided to tell her story.

“From the moment that I realized that it happened to me, I wanted to talk about it. And then when I found out I was going to be writing a book, I felt like I wanted to include the best moments of my life, but also the worst moments of my life, because they both make us into who we are — although the hardest parts are really difficult to talk about,” she said. “Even right now, it’s uncomfortable and it’s hard for me to talk about, but it’s made me into a stronger person. If you’re going to write a book, you have to include everything, in my opinion.”

Raisman wrote about the alleged abuse in her upcoming book “Fierce.”

She told Kotb that at the time of the alleged abuse, she really didn’t understand what was happening.

RELATED: An Olympic gymnast says she was sexually abused by a Team USA doctor for seven years

“He was a doctor, and he told met that his ‘treatment’ would help heal all of my injuries. I was so young. I had never really worked with another doctor or trainer before, and everyone said he was the best. He would give me these gifts. So, I really thought he was my friend. He always seemed like he had my back,” she said, adding that now that she’s older, she understands what happened; she said he manipulated her.

“These monsters are so good at manipulating you. You’re so brainwashed to think, ‘I thought he was so nice,'” she said. “I think he’s a monster. It is so disturbing to me what he did to me and so many other people. This is so much bigger than just me. It’s such a horrific thing to happen.”

She was previously interviewed after another gymnast came forward with allegations against Nassar in 2015. USA Gymnastics said in a statement that they recently adopted a “safe sport policy” that requires mandatory reporting of suspected sexual abuse.

Raisman said that she does not believe that USA Gymnastics is doing everything they can to protect their athletes despite the statement.

By speaking out, Raisman hopes that she can help others tell their stories and speak out.

“If I can help one person, then that’s totally what it’s all about,” she said. “This is just the beginning. I’m just getting started, and I’m not going to stop until I get what I want, which is change.”