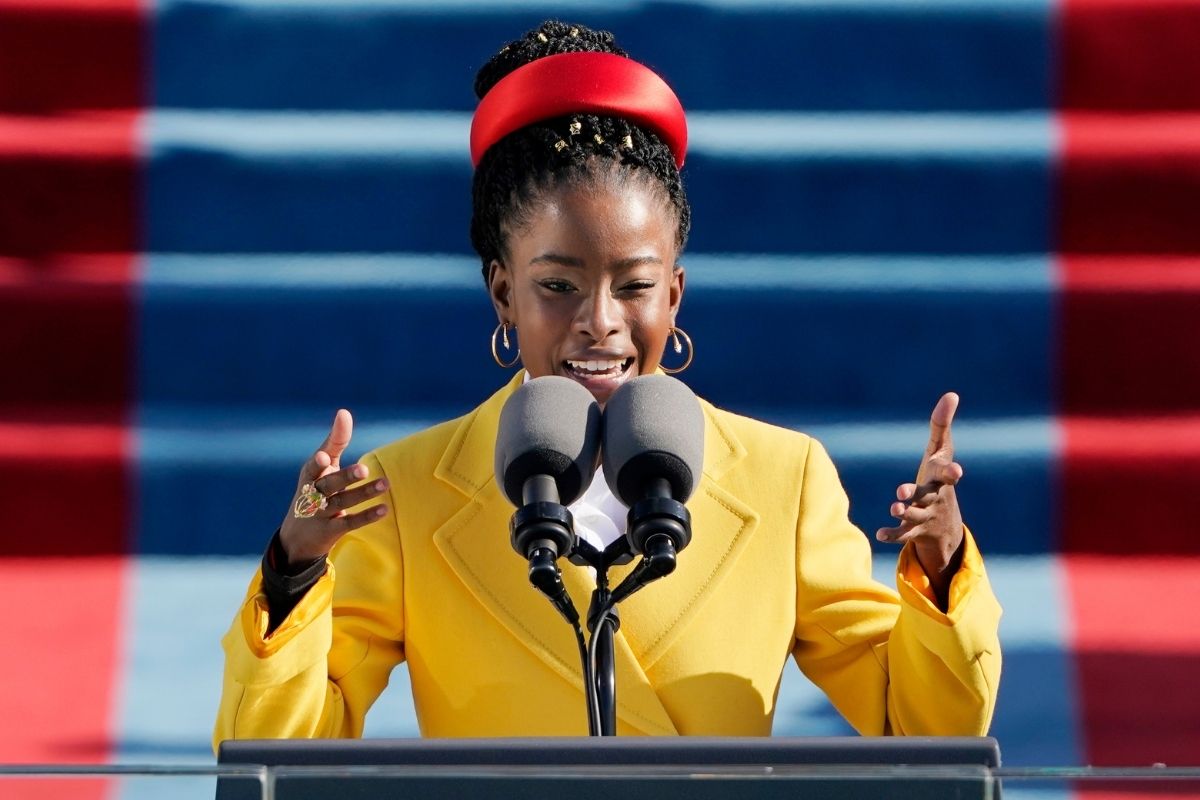 Following her epic performance at the 2021 presidential inauguration of President Joe Biden and Vice President Kamala Harris, Amanda Gorman is set to dazzle the audience one more time by performing at one of the biggest football games of the year, the NFL’s Super Bowl LV. Gorman is set to recite an original poem in the pregame ceremony at Raymond James Stadium before the Kansas City Chiefs face off against the Tampa Bay Buccaneers on February 7, 2021.

The title of the poem has yet to be released, but according to NBC’s Pro Football Talk, it will highlight Los Angeles educator Trimaine Davis, who worked to secure laptops and Internet access for students so that they would be able to access remote learning during the pandemic. As well as “Tampa nurse Suzie Dorner, who has been managing the COVID ICU at Tampa General Hospital; and Marine veteran James Martin, who has helped veterans and their families connect virtually through his work with the Wounded Warrior Project.”

Martin, Dorner, and Davis are set to participate in the official on-field Coin Toss ceremony. Gorman will be performing in front of 22,000 fans in the stands at this year’s matchup. Among those, the league has decided to invite 7,500 healthcare professionals who have worked on the front lines during the COVID-19 pandemic.

Safe to say this is just another high achievement added to her amazing resume, which continues to grow following her performance of “The Hill We Climb” at the Capitol in Washington DC. During a recent interview with TV host Ellen DeGeneres, the 22-year Old National Youth Poet Laureate stated how her life immensely shifted the moment that she stepped off the stage after reciting at President Joe Biden’s inauguration. She recalled, “I understand in some fashion that I was making history as the youngest inaugural poet. I didn’t know really what that history would look like or the impact it would have.”

“The Hill We Climb”

The poet continued saying that she remembered her cell phone malfunctioning from a high amount of activity, receiving several notifications and millions of followers across all her social media pages at a rapid speed. She continued, “I just remember finishing, going back to my holding room and just swiping up on my Instagram, [asking], ‘I wonder what people are saying.’ And just my apps, my phone not functioning. Like, all the apps I typically used had crashed. I couldn’t look at my photos, anything like that. And I hadn’t expected that.”

“The Hill We Climb” called for healing and unity in the United States while championing diversity and then celebrating the change in the nation. The big game will take place at the Hard Rock Stadium in Miami Gardens, Florida on February 7th. The Kick-off time is set for 6:30 pm ET and will be televised by Fox.