Actress America Ferrera speaks at the #WomensMarch in Washington, DC: "Our rights have all been under attack" https://t.co/fVsrXa6oaj

Women around the world are leading marches in solidarity with the Women’s March on Washington. The marches are taking place in nations as far flung as South Africa and Japan. However, the Washington, D.C., march is the headlining event.

RELATED: Women invoke the spirit of Carrie Fisher with powerful signs at marches across the country

The Women’s March on Washington has been led by a number of big names and actress America Ferrera took to the podium to deliver a message of hope to the women joining in the event. Ferrera declared, that for women, “our dignity, our character, our rights have all been under attack.”

Thanks for standing, speaking & marching for our values @womensmarch. Important as ever. I truly believe we're always Stronger Together.

RELATED: Hear why thousands of people flocked to D.C. for the Women’s March on Washington 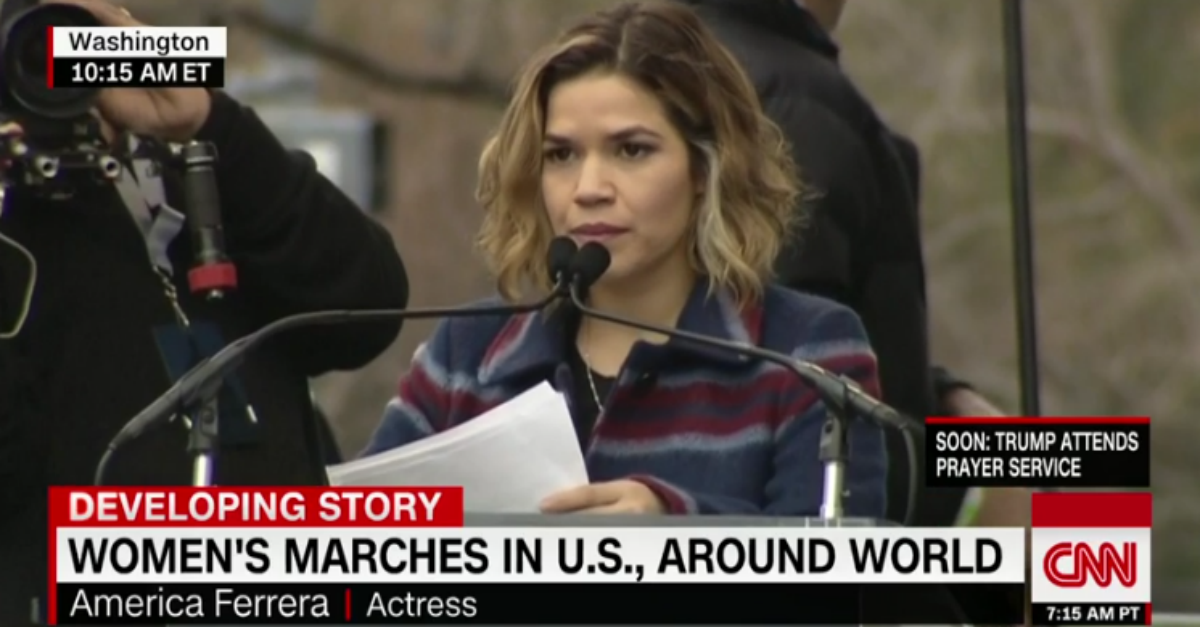