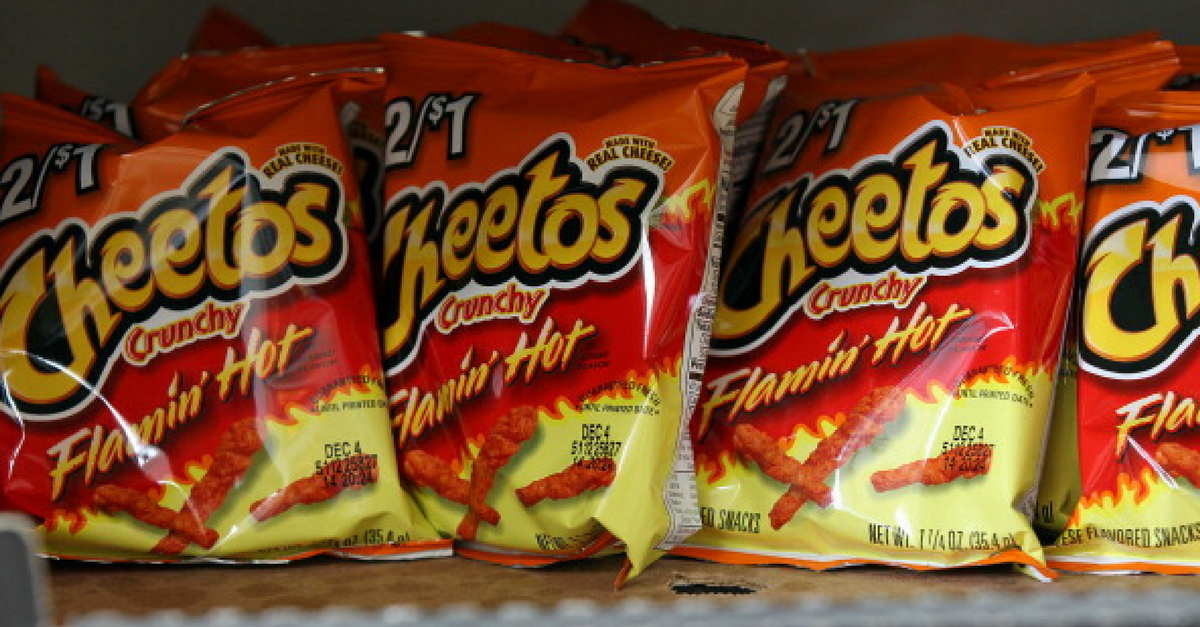 Your favorite tasty treat is headed to the big screen!

A movie about “Flamin’ Hot” Cheetos is coming to movie theaters near you, but it won’t be starring Chester Cheetah. Instead, the Fox Searchlight production, the rights for which were obtained in a “highly competitive sale” as “multiple studios [were] vying for the project,” will focus on the Cheetos flavor’s true-life creation.

The film is set to center on Robert Montañez, the janitor who invented Flamin? Hot Cheetos by mistake and then convinced Frito-Lay to start making them. The Mexican-born immigrant moved to California when he was just a child. Once there, he struggled to learn English and eventually dropped out of school. Afterward, he picked grapes on southern California farms, before ending up working at Frito-Lay?s Rancho Cucamonga plant in 1976.

In 2012, he revealed how a batch of Cheetos ended up with no cheese dust. While he was supposed to throw them away, he instead looked down at them and thought, “Why not?” Instead, he took them home and made his own seasoning mix based on elotes, the Mexican street food that consists of a cob of corn topped with salt, lime juice, chile powder, mayo, butter or cotija cheese.

?I see the corn man adding butter, cheese, and chile to the corn,? he explained, ?and thought, what if I add chile to a Cheeto??

Those who tried his masterpiece agreed that he had vastly improved the original Cheetos. The move even landed him a meeting with the Frito-Lay?s president, who allowed him two weeks to create a presentation on his creation. Using a marketing strategy he read about in a library book and wearing a $3 tie, Montañez pitched what soon became a billion-dollar snack for the company.

After several promotions, he now works as executive vice-president of multicultural sales at parent company PepsiCo and carries the nickname “godfather of Hispanic branding.”