Before his performance, Manuel told the judges that some of his favorite singers included Wonder and Donny Hathaway.

“Smart move, that was a smart move,” Seal joked before Manuel took it away.

His love of Seal must have worked, because when he was finished with his performance, all of the judges, especially Seal, were blown away by his rendition and gave him a standing ovation.

“Honestly, you are one of the best singers in this competition,” Simon Cowell said. “So, thank you.”

Seal also chimed in, “Johnny, you have such an incredible voice. It is undeniable. You hit notes that I could only dream of. I was always taught that you have to be ready at every situation. You never know when opportunity is going to come knocking at your door.”

“I am going to have to,” he said, his hand hovering over the Golden Buzzer. With cheers from the crowd behind him, Seal hit the buzzer and sent Manuel straight to the Live Rounds. He then approached the aspiring singer onstage. “It’s very rare to see talent like that.”

“America’s Got Talent” airs Tuesdays at 8 p.m. ET on NBC. 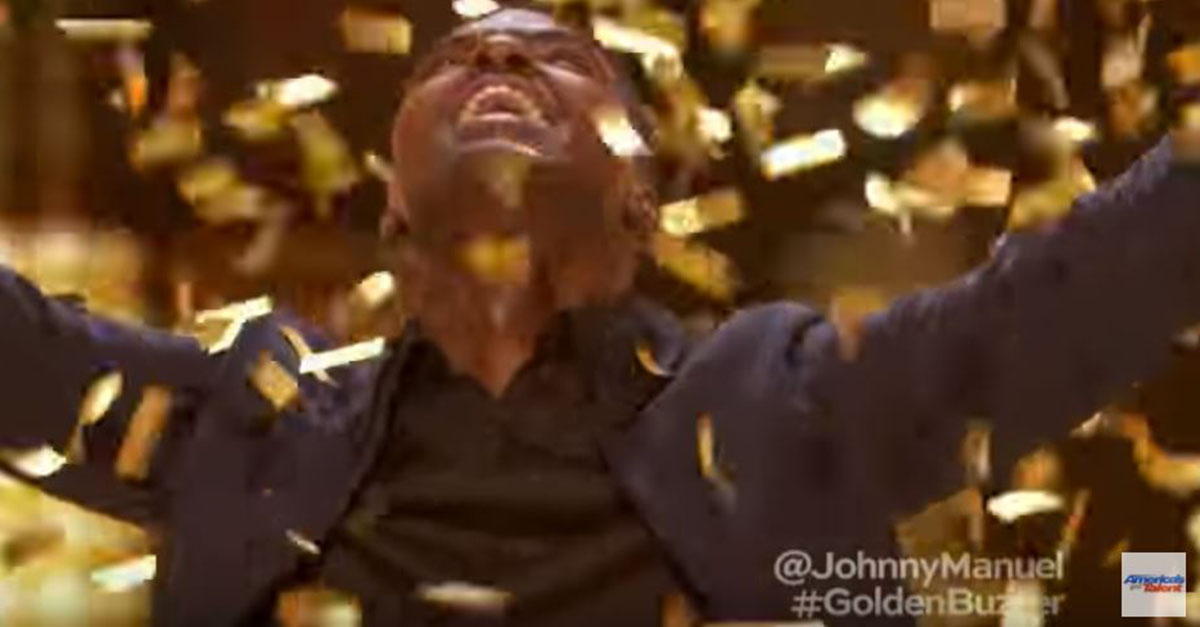