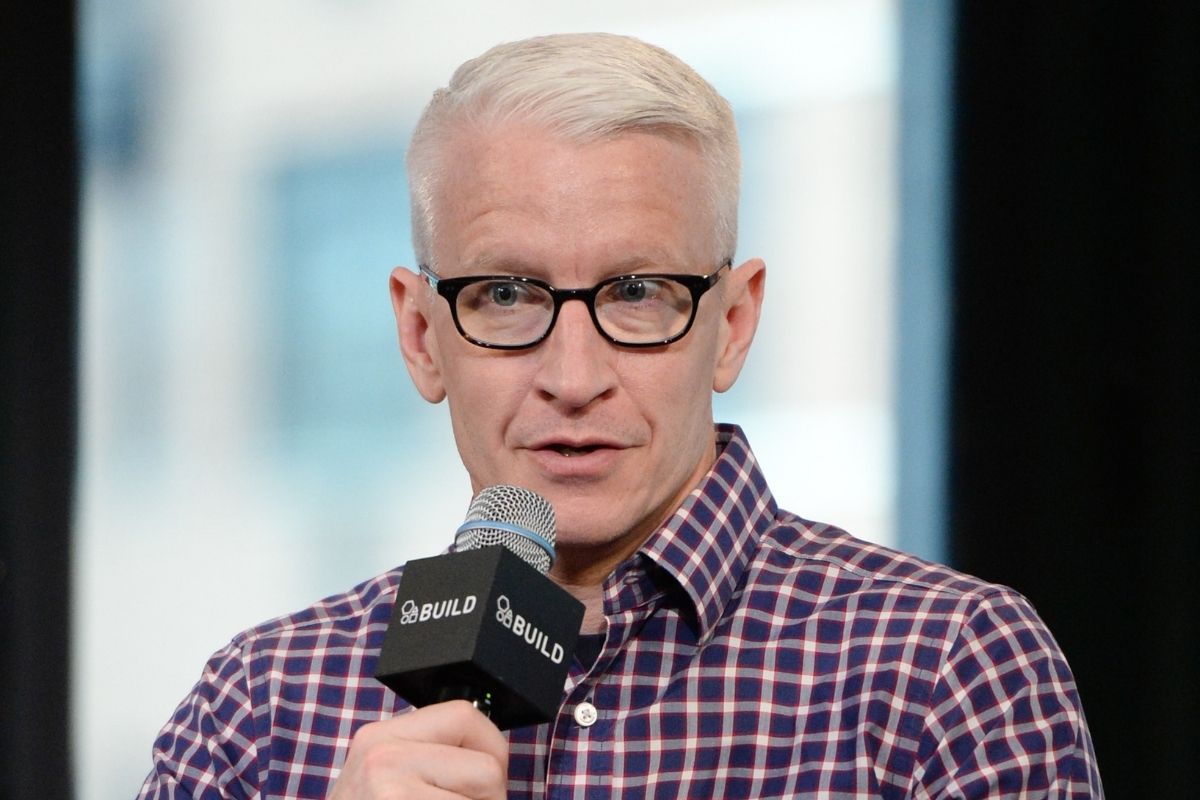 American television personality Anderson Cooper has been a well-respected journalist and newscaster for decades, rising to particular attention during his compassionate and emotional coverage of the destruction of the Gulf Coast and the resulting humanitarian crisis caused by Hurricane Katrina in 2005. He is best known for his work as a news anchor on CNN and for hosting the program Anderson Cooper 360°.

He?s also quite wealthy; Cooper is a member of the famous Vanderbilt family, one of the richest families in the history of the United States. However, his inheritance may not have been quite the enormous windfall many assumed he would receive upon the death of his famous mother, Gloria Vanderbilt. Is Anderson Cooper actually more of a self-made man than one might expect?

Anderson Cooper Was a Child Model

Anderson Hays Cooper was born on June 3, 1967, in New York City to fashion designer and heiress Gloria Vanderbilt and writer Wyatt Emory Cooper. His great-great-great-grandfather Cornelius Vanderbilt was a railroad and shipping magnate who became one of the richest Americans in the history of the country with a net worth of the modern equivalent of $223 billion at the time of his death. Wyatt Cooper died of a heart attack in 1978. Anderson Cooper made lots of public appearances with his famous mother in his early life and was a child model, appearing in ads for Calvin Klein, Ralph Lauren, and Macy?s, to name a few.

He graduated a semester early from the Dalton School.  After high school, he traveled around Africa on a ?survival trip? and ended up hospitalized with malaria. He then went on to college at Yale University, graduating in 1989 with a BA in Political Science. A year before his graduation, tragedy struck when his brother Carter Vanderbilt Cooper committed suicide by leaping from a window in the family?s penthouse apartment. Anderson later said that the experience contributed to his interest in journalism, telling New York magazine ?I think when you experience any kind of loss, especially the kind I did, you have questions about survival: Why do some people thrive in situations that others can?t tolerate? Would I be able to survive and get on in the world on my own??

From A Forged Press Pass To Five Emmy Awards

After college, Cooper lived in Vietnam for a year where he studied the Vietnamese language. He later worked as a fact-checker for the news agency Channel One, eventually filming his own segments in Myanmar using a forged press pass. He went on to report from various war-torn countries, including Rwanda, Somalia, and Bosnia.

In 1995, Cooper became a correspondent for ABC News, going on to co-anchor World News Now. In 2000 he temporarily left broadcast news to host the reality competition show The Mole. After two seasons, he moved over to CNN News where he co-anchored American Morning. In 2002, he became CNN?s weekend prime-time anchor and in 2003, he began hosting Anderson Cooper 360°.

Since 2015, he and Bravo producer and host Andy Cohen have occasionally toured together, performing their conversational stage show AC2. The two have also co-hosted CNN?s New Year?s Eve celebration since 2017. Through a special contract arrangement, Cooper also periodically contributes to CBS’s long-running news program 60 Minutes. Cooper has won five Emmy awards, a GLAAD Media Award, and a Peabody Award for his work as a newscaster.

“I Couldn’t Be Any More Happy, Comfortable With Myself, and Proud”

Anderson Cooper has always been quite private about his personal life, but in 2012, apparently responding to criticism that he was hiding the fact that he is gay, he gave journalist Andrew Sullivan permission to publish a letter that read, in part, ?The fact is, I’m gay, always have been, always will be, and I couldn’t be any more happy, comfortable with myself, and proud.? He and his longtime partner Benjamin Maisani split up in 2018. On April 30, 2020, Cooper announced the birth of his son Wyatt Morgan Cooper via surrogate. He and Maisani co-parent Wyatt together despite no longer being romantically involved.

In 2016, Cooper and his mother Gloria Vanderbilt co-wrote a book about their lives and relationship featuring their e-mail correspondence, The Rainbow Comes and Goes: A Mother and Son on Life. It was Cooper?s second book; in 2006 he wrote the best-selling memoir Dispatches From The Edge: A Memoir of War, Disaster, and Survival.

As a member of one of the wealthiest and most prominent families in American history, it?s to be expected that Anderson Cooper?s net worth is immense. However, Cooper hasn?t sailed through life living off his family?s money. In a 2014 interview with Howard Stern, as reported by Business Insider, Cooper stated ?My mom’s made clear to me that there’s no trust fund. There’s none of that,? and went on to add ?I don’t believe in inheriting money. I think it’s an initiative sucker. I think it’s a curse.”

Per Page Six, when Gloria Vanderbilt died in 2019 she left her son and Cooper?s older brother Leopold ?Stan? Stokowski her Manhattan apartment, valued at $1.2 million, with Cooper getting the rest of her estate, which is estimated to be around $1.5 million. This is a shockingly low amount for an heiress who has been estimated to have been worth around $200 million, but apparently, Vanderbilt spent and donated money lavishly during her lifetime and at one point sued both her lawyer and her psychiatrist for stealing millions of dollars from her and selling off her business interests without her permission. At any rate, Celebrity Net Worth reports Anderson Cooper?s net worth at $200 million, but this appears to be using the incorrect assumption that he?d inherit hundreds of millions from his mother when she died, which was not the case. Of course, his annual CNN salary is estimated to be $12 million, so he?s doing just fine, with or without an enormous inheritance.