During one segment, Cohen rounded up the three assistants of the stars for a little game of “Plead The Fifth.” All three assistants pleaded the fifth for the first round and couldn’t reveal their bosses’ most loathed celebrity, but when it came down to grossest habits, these assistants told all!

Cohen’s assistant revealed that his grossest habit is licking the flavor off of Doritos before eating them but Ripa’s assistant shared a doozey!

“I dunno, I guess going to the bathroom with the door open,” the assistant said.

Without missing a beat, Ripa shot back, “but, how will you know when to wipe me?”

Cooper couldn’t hide his embarrassment and shock for the statement and joked, “do you even have an HR department at your show?” Ripa and Cohen celebrated the funny comeback with a double high-five as Cooper hid his face from the camera.

Ripa and Cooper both shared snaps of the embarrassing moment on their Instagram pages following the show.

RELATED: After spending more than a week in the hospital, Kayne West finally got the news he’d been waiting for

“Oy! why did i agree to be on @bravowwhl tonight? Embarrassing but so fun! thanks @kellyripa and @bravoandy… i guess,” Cooper captioned the shot.

Ripa also shared the image and wrote, “Find out what made @bravoandy high ten and @andersoncooper recoil in embarrassment tonight on @bravowwhl #squad ??? #thrupple.”

But, the fun didn’t stop there. The embarrassing tales from these assistant’s celebrity bosses’ lives just kept coming!

We found out that Cohen refuses to bring Jillian Michaels back on his show and Cooper doesn’t want to be anywhere near a Kardashian on his show.

Anderson Cooper wasn’t a big fan of this segment but we certainly loved it! 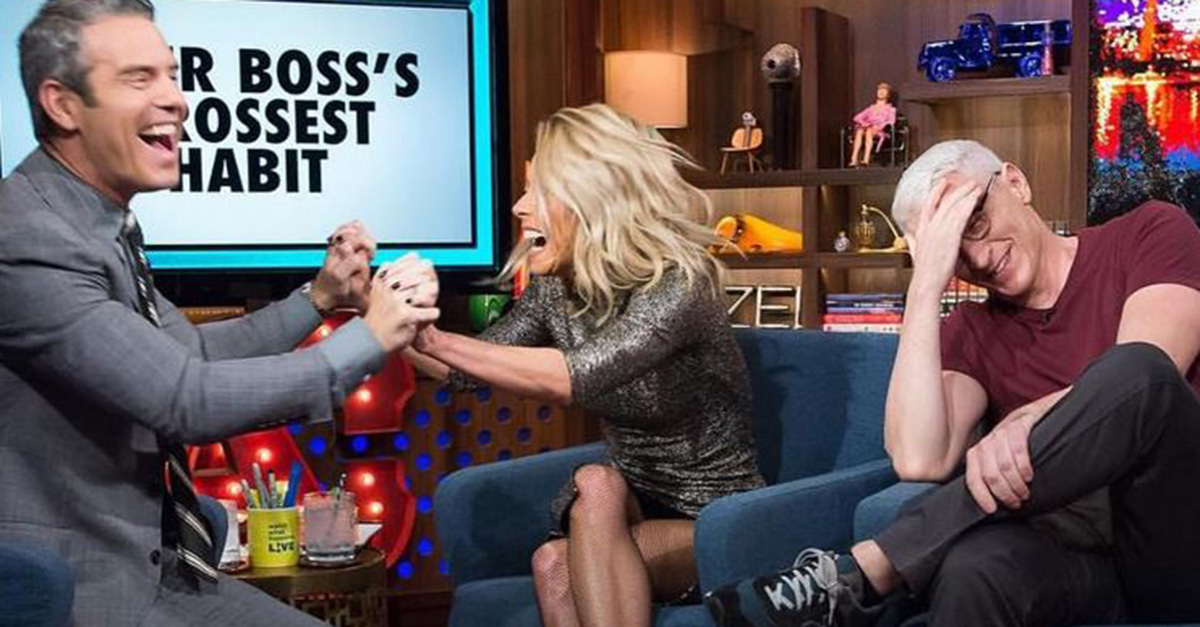