Anderson Cooper won’t admit if he’s ever done this on-air, but Kelly Ripa and Andy Cohen have 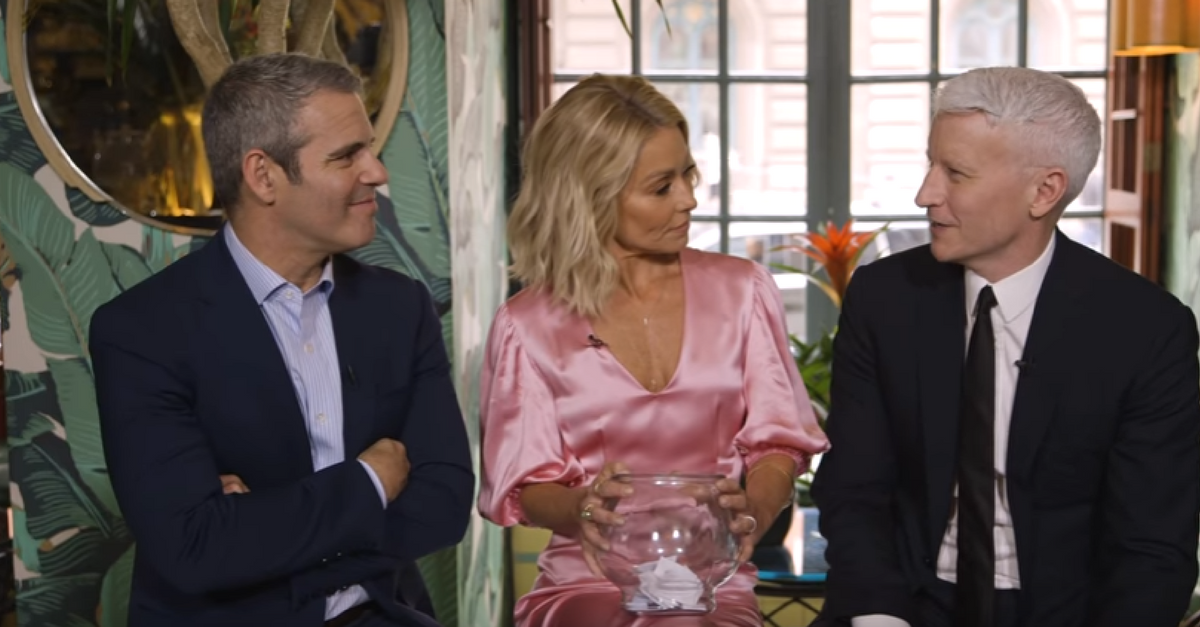 On Thursday, good friends Andy Cohen, Kelly Ripa and Anderson Cooper all made it onto The Hollywood Reporter’s annual list of “The 35 Most Powerful People in New York Media.” The trio starred in the magazine’s latest edition of “Fishing for Answers,” and we learned a little more about two of the hosts than we probably needed to know.

First, they shared some of their most memorable and starstruck moments from early on in their careers. Cohen’s was when he had Oprah Winfrey on as a guest on “Watch What Happens Live,” while Ripa’s was when she took a photo Madonna and her then 2-week-old son and captioned it, “Madonna and child.” Meanwhile, Cooper had quite a “weird” interview with Lady Gaga once.

But then, while discussing their most embarrassing on-air moments, things got candid…and a little awkward.

“I can’t believe I’m going to say this, but I am going to say it,” she admitted. “It was the first season of ‘Dancing with the Stars,’ and I farted.”

Luckily, Cohen lessened her embarrassment by disclosing that he too has passed gas on-air before. And then all eyes were on Cooper.

“No, I’m not discussing this,” he said when Cohen pressed him on the matter.

RELATED: Kelly Ripa shares the cutest throwback Easter photo as she prepares for the holiday weekend