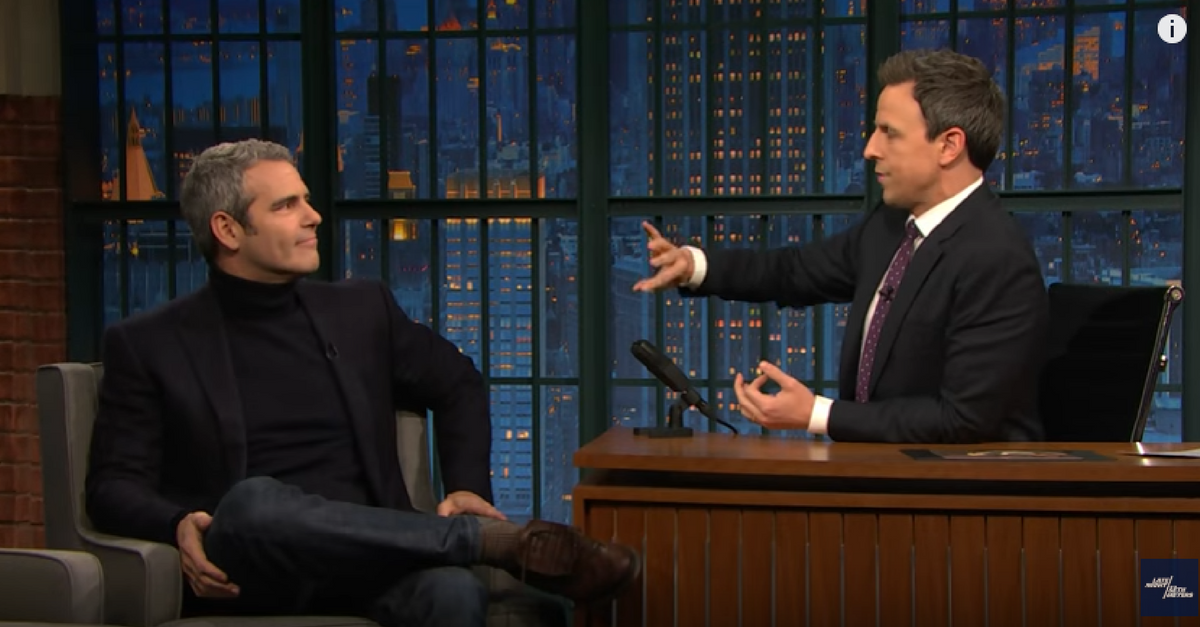 Andy Cohen, the face of Bravo TV, begged Counselor to the President Kellyanne Conway to consider joining his “Real Housewives” franchise if she ever finds some downtime between her White House job and being a mother of four.

“I’m begging her to just consider a spot on the ‘Housewives’ if she gets bored,” Cohen said on Wednesday’s episode of “Late Night with Seth Meyers.” “She’d be amazing!”

He specifically pointed to her recent declaration that the Trump administration has operated on “alternative facts,” calling it his “favorite statement ever made in the history of ever.”

“I’ve been saying for a year — I’ve been calling all the debates ‘Housewives’ reunions, because they were,” he said. “There are parallels to ‘Housewives’ and a lot of things that happened during the election. There are so many.”

Which “Real Housewives” show he thinks Conway should make an appearance on is up in the air. Bravo hosted one season of “The Real Housewives of D.C.” in 2010, but it was cancelled shortly after. Perhaps a future revival is in the works, or perhaps Conway would instead join “The Real Housewives of Potomac,” which takes place just outside of our nation’s capital. Either way, we’re sure she’d bring the drama.