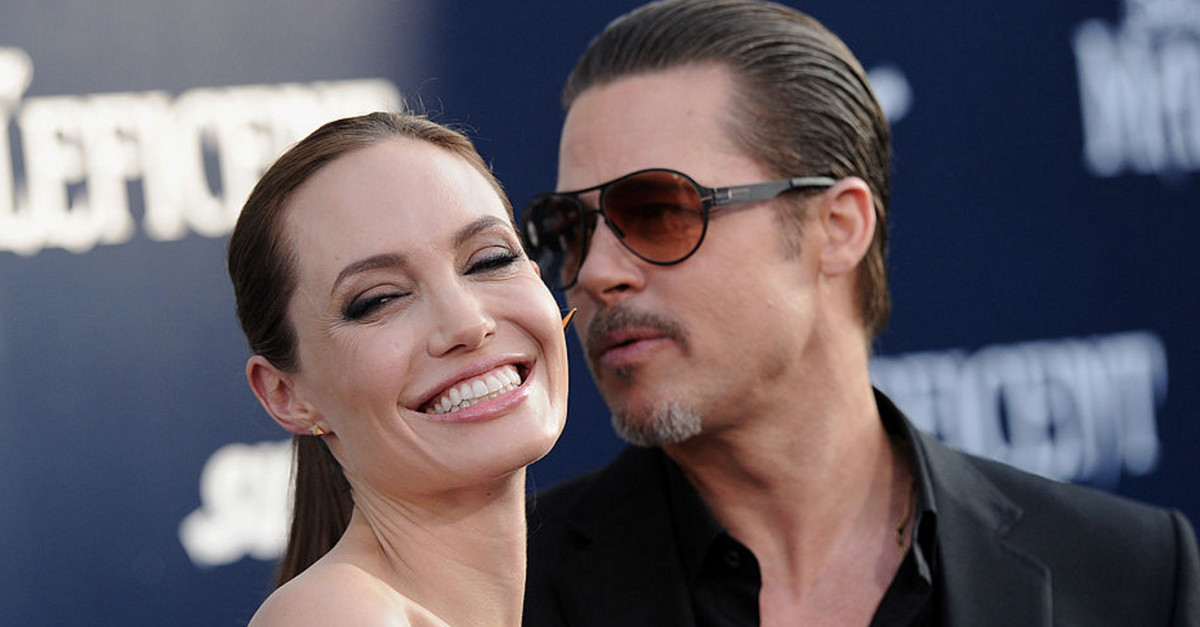 Fans were shocked when super couple Angelina Jolie and Brad Pitt broke up, but it seems their final film together paralleled their own relationship issues.

The actors starred in 2015’s “By The Sea,” which was about a couple attempting to repair communication and intimacy issues — things the couple were reportedly dealing with in reality — in a struggling 14-year-old marriage by escaping their busy lives to a small seaside town.

RELATED: Angelina Jolie and her children gave a heartfelt speech at her movie premiere

In a segment on The Hollywood Reporter’s podcast “Awards Chatter,” Jolie opened about hoping the film would help her and Pitt figure out their relationship issues, reported Us Weekly.

?We had met working together, and we worked together well. I wanted us to do some serious work together, I thought it would be a good way for us to communicate,” she revealed.

“In some ways it was, and in some ways we learned some things. But there was a heaviness probably during that situation that carried on, and it wasn?t because of the film.?

The couple formerly known as Brangelina met on the set of 2005’s spy-vs-spy thriller “Mr. & Mrs. Smith.” They were together for over a decade and share six children — Maddox, Pax, Zahara, Shiloh and twins Knox and Vivienne.

The experience of working through fictional relationship struggles while dealing with their own ultimately wasn’t enough to save their marriage.

?I?m glad we did that film because we did explore something together. Whatever it was, maybe it didn?t solve certain things, but we did communicate something that needed to be communicated to each other,? Jolie said.

RELATED: Angelina Jolie speaks about her turbulent year, from her divorce to her health issues

The duo filed for divorce last year and publicly addressed their volatile split as Jolie moved their kids into an LA home while Pitt worked on his sobriety.

?It was something that we were dealing [with] ? things happen for different reasons, and things ? why did I write that exact piece? Why did we feel that way when we made it? I?m not sure,? she wondered. ?A piece of art can be something that?s healing or something that?s difficult.?