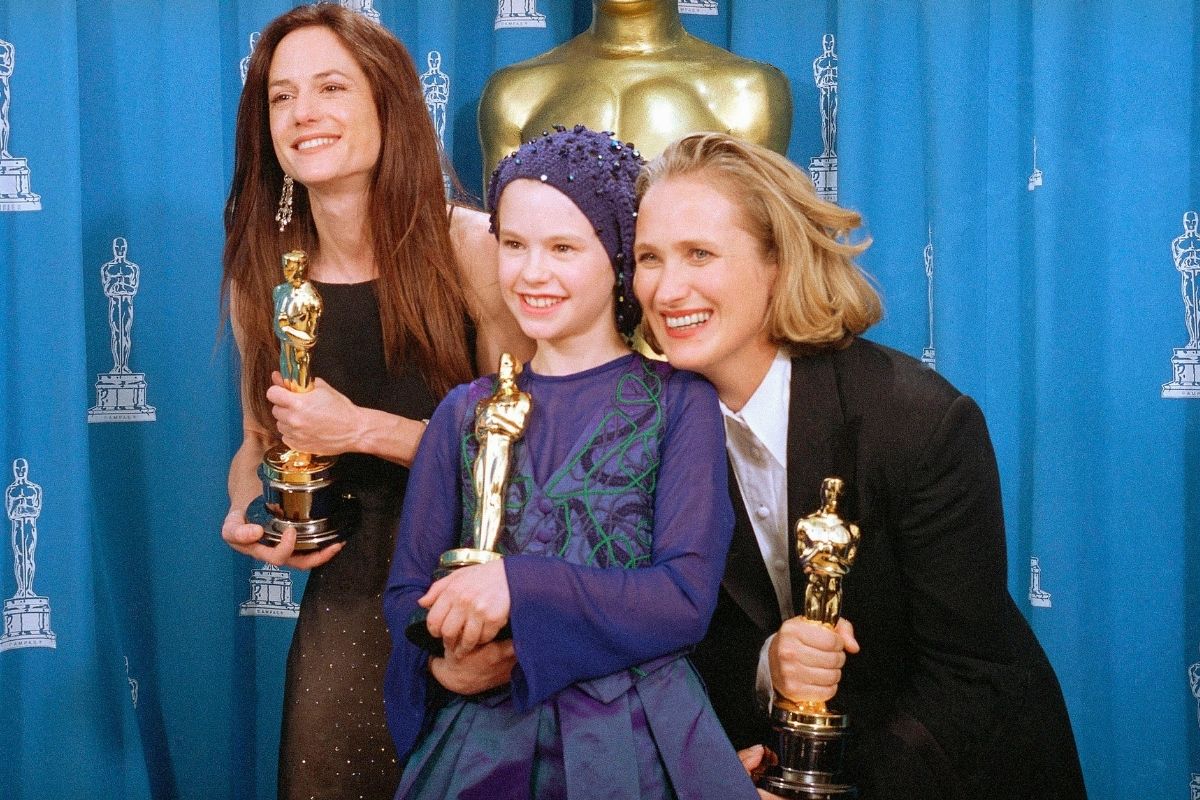 Actress Anna Paquin is best remembered as Sookie Stackhouse from True Blood, but her career in Hollywood stretches far beyond that. When she was just 11 years old, she took home the Oscar for Best Supporting Actress for her performance in The Piano in 1993. Her acceptance speech was only 20 seconds long, but what else do you expect from a child star? This may have been the first time she won a major award, but it would not be the last. Let’s take a look at her long-lived career!

Anna Paquin was born in Canada but spent a chunk of her childhood in New Zealand before making the move to Los Angeles. Can you believe her debut film role was in The Piano? She attended an open addition to play the daughter of Holly Hunter. Her portrayal of Flora would win over the casting crew and land her the role. The independent film was not expected to make such waves, but it did. Paquin would go on to win the Academy Award for Best Supporting Actress at just 11 years old, just a year younger than Tatum O’Neal who won the award at age 10. The following year, she would present the best-supporting actor award to the legendary Martin Scorsese!

After such success in her first acting role, you’d be surprised to hear her parents weren’t exactly interested in keeping her acting career going. Anna had caught the acting bug, though. She would land the lead roles in both Jane Eyre and Fly Away Home as a child actress. As a teenager, she’d continue working in the motion picture business, starring in the films Almost Famous and She’s All That.

Paquin’s career didn’t stop as she got older. She would continue to act with great success. She would land reoccurring roles in X-Men and X-Men: The Last Stand, star in the HBO tv movie Bury My Heart at Wounded Knee and open her own production company with her brother. She released her film Margaret in 2011. She’d continue to have great success, starring in the television series True Blood. She recently played Peggy Sheeran in the Netflix hit, The Irishman.

The actress would continue to impress film critics. She’s not just an Oscar winner, she also has a Golden Globe and Satellite Award for performance in True Blood on her mantle.

It was on the set of True Blood that she would meet her husband. Paquin married her co-star Stephen Moyer. The pair started dating almost immediately, their relationship dates back to the pilot episode! She and Moyer share a pair of fraternal twins. The happy couple continues to work together. Paquin starred in Moyer’s debut directing role, The Parting Glass.