The disgraced NBC anchor’s estranged wife has apparently been meeting with lawyers as she prepares to initiate divorce proceedings, according to a report in Page Six.

Annette Roque, who has been married to Lauer for 19 years, was reportedly spotted entering a law firm in Manhattan.

The pair have reportedly had big problems throughout their marriage, even before the allegations of sexual misconduct were made against the the 59-year-old TV presenter,

“By Matt’s own admission there were struggles and challenges with his wife,” a friend told PEOPLE. “Like many couples, they struggled with a modern marriage.”

Lauer faced many rumors of being unfaithful through the years. One former colleague said that he always had a wandering eye, even after his wedding to Roque in 1998.

“He was a player when she met him and she knew that,” the source said. “Even many years ago, he was a flirt, a philanderer. He did his thing.”

A former “TODAY” staffer who came forward about her alleged in-office affair with Lauer back in the early 2000s recently shared a candid recounting of her story with Megyn Kelly — on the same show at which she worked as a production assistant with Lauer.

According to Addie Zinone, whose story was published in Variety, her consensual relationship with Lauer began when he was in his 40s and already married to his current wife, Annette Roque. Two years after Zinone’s time at “TODAY” started, Lauer messaged her on the network’s internal messaging system.

RELATED: Veteran actor levels Matt Lauer in a scorching rant while appearing on “The Talk”

Since the news of Lauer’s dismissal, his Dutch wife Roque has been spotted without her wedding band.

“She is not going to stay with him and work it out. They are not together trying to work it out,” her father told the Daily Mail. “I have no words for her husband. What he has done is bad. Everybody feels betrayed.”

Roque also previously filed from divorce from the disgraced news anchor. In 2006, she filed for divorce and in court documents obtained by the National Enquirer, she claimed he demonstrated “extreme anger and hostility” and behavior in a “cruel and inhumane” manner toward her. The case was reportedly dropped due to a rumored $5 million payout. 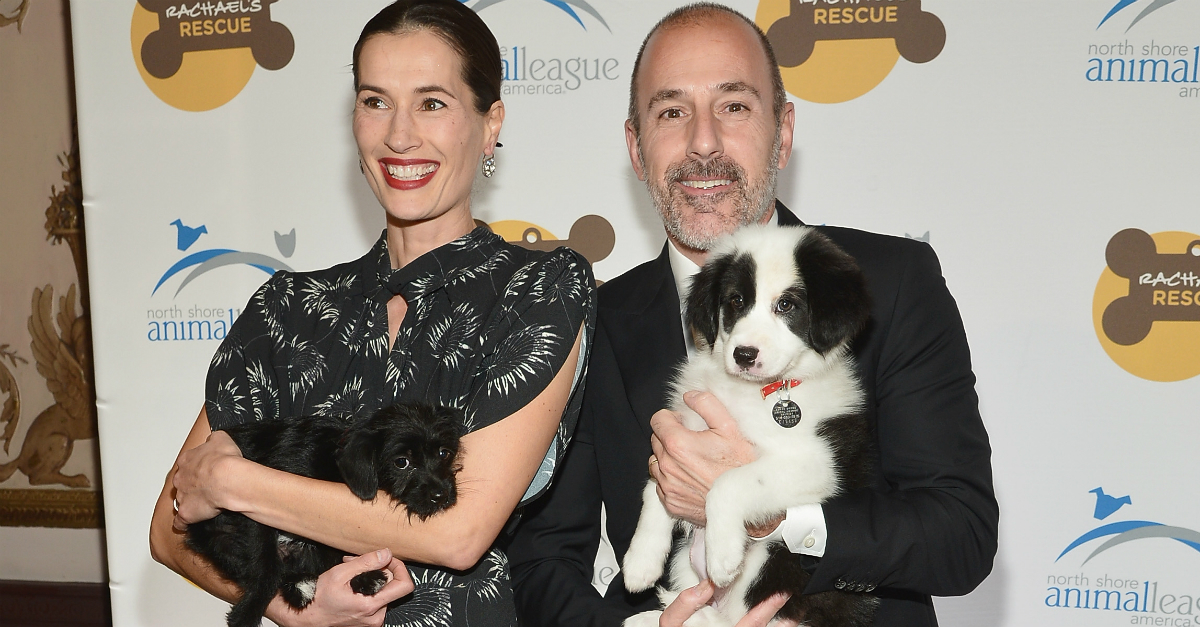