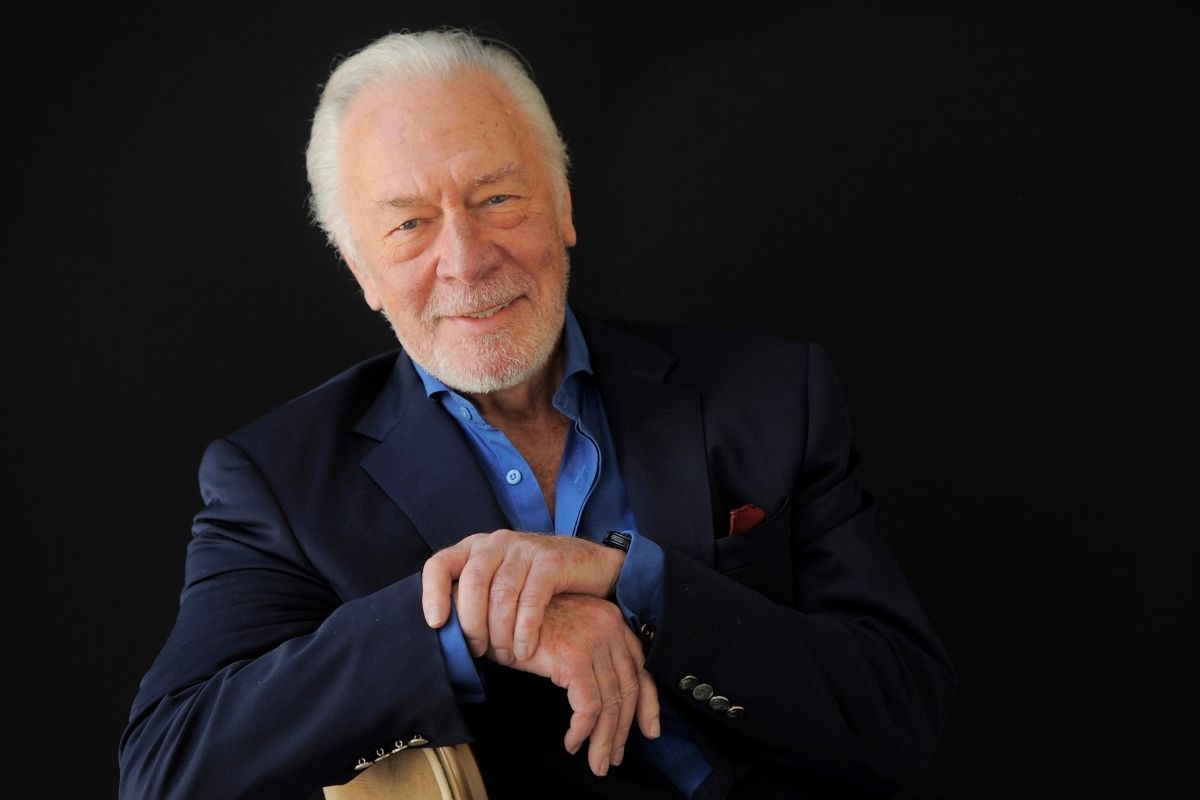 NEW YORK (AP) — Christopher Plummer, the dashing award-winning actor who played Captain von Trapp in the film “The Sound of Music” and at 82 became the oldest Academy Award acting winner in history, has died. He was 91. Plummer died Friday morning at his home in Connecticut with his wife, Elaine Taylor, by his side, said Lou Pitt, his longtime friend and manager.

Over more than 50 years in the industry, Plummer enjoyed varied roles ranging from the film “The Girl With the Dragon Tattoo,” to the voice of the villain in 2009′s “Up” and as a canny lawyer in Broadway’s “Inherit the Wind.”

But it was opposite Julie Andrews as von Trapp that made him a star. He played an Austrian captain who must flee the country with his folk-singing family to escape service in the Nazi navy, a role he lamented was “humorless and one-dimensional.” Plummer spent the rest of his life referring to the film as “The Sound of Mucus” or “S&M.”

“We tried so hard to put humor into it,” he told The Associated Press in 2007. “It was almost impossible. It was just agony to try to make that guy not a cardboard figure.”

The role catapulted Plummer to stardom, but he never took to leading men parts, despite his silver hair, good looks and ever-so-slight English accent. He preferred character parts, considering them more meaty.

Tributes quickly came from Hollywood and Broadway. Joseph Gordon-Levitt called him “one of the greats” and George Takei posted “Rest in eternal music, Captain von Trapp.” Dave Foley, a fellow Canadian, wrote: “If I live to be 91 maybe I’ll have time to fully appreciate all the great work of Christopher Plummer.”

Plummer had a remarkable film renaissance late in life, which began with his acclaimed performance as Mike Wallace in Michael Mann’s 1999 film “The Insider,” continued in films such as 2001’s “A Beautiful Mind” and 2009′s “The Last Station,” in which he played a deteriorating Tolstoy and was nominated for an Oscar.

In 2012, Plummer won a supporting actor Oscar for his role in “Beginners” as Hal Fields, a museum director who becomes openly gay after his wife of 44 years dies. His loving, final relationship becomes an inspiration for his son, who struggles with his father’s death and how to find intimacy in a new relationship.

“Too many people in the world are unhappy with their lot. And then they retire and they become vegetables. I think retirement in any profession is death, so I’m determined to keep crackin’,” he told AP in 2011.

Plummer in 2017 replaced Kevin Spacey as J. Paul Getty in “All the Money in the World” just six weeks before the film was set to hit theaters. That choice that was officially validated in the best possible way for the film — a supporting Oscar nomination for Plummer, his third. In 2019, he starred in the TV suspense drama series “Departure.”

There were fallow periods in his career — a “Pink Panther” movie here, a “Dracula 2000″ there and even a “Star Trek” — as a Klingon, no less. But Plummer had other reasons than the scripts in mind.

“For a long time, I accepted parts that took me to attractive places in the world. Rather than shooting in the Bronx, I would rather go to the south of France, crazed creature than I am,” he told AP in 2007. “And so I sacrificed a lot of my career for nicer hotels and more attractive beaches.”

The Canadian-born actor performed most of the major Shakespeare roles, including Hamlet, Cyrano, Iago, Othello, Prospero, Henry V and a staggering “King Lear” at Lincoln Center in 2004. He was frequent star at the Stratford Shakespeare Festival in Canada.

“I’ve become simpler and simpler with playing Shakespeare,” he said in 2007. “I’m not as extravagant as I used to be. I don’t listen to my voice so much anymore. All the pitfalls of playing the classics — you can fall in love with yourself.”

He won two Tony Awards. The first was in 1974 for best actor in a musical for playing the title role in “Cyrano” and his second in 1997 for his portrayal of John Barrymore in “Barrymore.” He also won two Emmys.

Plummer was born Arthur Christopher Orme Plummer in Toronto. His maternal great-grandfather was former Canadian Prime Minister Sir John Abbott. His parents divorced shortly after his birth and he was raised by his mother and aunts.

About the author: Mark Kennedy
Mark Kennedy is a writer with the Associated Press.
View More Articles