LOS ANGELES (AP) — Rip Torn, the free-spirited Texan who overcame his quirky name to become a distinguished actor in television, theater, and movies, such as “Men in Black,” and win an Emmy in his 60s for “The Larry Sanders Show,” has died. He was 88.

Torn died Tuesday afternoon at his home with his wife, Amy Wright, and daughters Katie Torn and Angelica Page by his side, according to his publicist Rick Miramontez. No cause of death was given. His work on stage and screen spanned seven decades, ranging from an early career of dark, threatening roles to iconic comedic performances later in life.

After acclaimed performances in “Cross Creek,” ”Sweet Bird of Youth” and other dramas, Torn turned to comedy to capture his Emmy as the bombastic, ethically challenged television producer in “The Larry Sanders Show.” Created by and starring Garry Shandling, HBO’s spoof of TV talk shows aired from 1992 to 1998 and is widely credited with inspiring such satirical programs as “30 Rock” and “Curb Your Enthusiasm.”

Torn played Agent Zed in the first two “Men in Black,” movies, which starred Tommy Lee Jones and Will Smith. Born Elmore Rual Torn, the actor adopted the name Rip in his boyhood, following the tradition of his father and uncle. It was the subject of endless ridicule during his early days as a stage actor in New York, and fellow drama students urged him to change it.

With customary stubbornness, he refused, eventually overcoming the jokes with a series of powerful performances that led to his being regarded, along with Marlon Brando, Paul Newman and James Dean, as actors of a postwar generation who brought tense realism to their craft. He was also a political activist who joined James Baldwin, Harry Belafonte and other cultural and civil rights leaders for a frank and emotional 1963 meeting with then-Attorney General Robert F. Kennedy about the country’s treatment of blacks.

Torn made his film debut in 1956 in an adaptation of Tennessee Williams’ “Baby Doll,” and within a few years was a respected film and television actor, working on occasions with his second wife, Geraldine Page. At the Actors Studio, he gained the attention of Elia Kazan, who hired him as understudy to Alex Nicol, then playing Brick Pollitt in the Tennessee Williams classic, “Cat on a Hot Tin Roof.” Toward the end of the show’s Broadway run, Torn took over the role of the alcoholic, emotionally troubled former football hero. He did so billed against his wishes as Elmore Torn.

Cast later in a “U.S. Steel Hour” production for television, he was told to either change his name or forfeit the role. He threatened to return to his native Texas but finally agreed to be credited as Eric Torn. He was billed as Rip Torn thereafter. His success eventually inspired a younger cousin to take up acting, too — Oscar winner Sissy Spacek.

Other film credits included “Critics Choice” and “The Cincinnati Kid.” In Albert Brooks’ “Defending Your Life,” he was featured as a gregarious attorney in the afterlife.

Brooks tweeted Tuesday night, “R.I.P Rip Torn. He was so great in Defending Your Life. I’ll miss you Rip, you were a true original.” On television he played such figures as Richard Nixon, Lyndon B. Johnson and Walt Whitman. His career hit a dry spell in the 1970s, and he blamed it on the buzz in Hollywood at the time that he was difficult to work with, a reputation sealed when tension on the set of “Easy Rider” led to his being replaced by Jack Nicholson for the 1969 release and missing out on one of the biggest hits of the era.

“I wouldn’t say that I was blacklisted,” he told The Associated Press in 1984, “but the word got around that I was difficult and unreliable. Unreliable! In all my years in the theater I have never missed a performance.”

He managed to keep working in small projects in theater, films and TV, returning to the mainstream in 1983 with “Cross Creek,” in which he played table-smashing backwoodsman Marsh Turner. The role brought him his only Oscar nomination, for best supporting actor. He also appeared in 1984’s “City Heat.”

But he never entirely shook his rebellious reputation.

“What do they say about all the guys that are tremendous actors?” he told The New York Times in 2006. “Don’t they say they have a volatile temper and emotions? Yeah, sure they do! They’re not saying they like a nice, mild guy. Look at Sean Penn.

In 1994, actor-director Dennis Hopper said on “The Tonight Show With Jay Leno” that Torn once pulled a knife in a New York restaurant as he complained about being replaced in “Easy Rider.” He sued Hopper for slander and won a $475,000 judgment.

He remained active in film and television in later years, including a recurring role in “30 Rock” and a voice acting gig in the 2007 animated “Bee Movie.” He weathered a couple of drunken driving arrests, including one in December 2008 near his home in Salisbury, Connecticut, that led to his placement in an alcohol education program.

Born in Temple, Texas, Torn initially studied agriculture at Texas A&M and acting at the University of Texas. After service as a military policeman during the Korean War, he hitchhiked to Hollywood. Landing only tiny roles in movies and TV dramas, and supporting himself as a fry cook and dishwasher, he decided to shift to New York and seek more training as an actor.

Torn and his first wife, actress Ann Wedgeworth, had a daughter, Danae, before divorcing. In 1963 he married Page, with whom he had co-starred in the touring production and movie version of “Sweet Bird of Youth.” They had three children, a daughter, Angelica, and twins Jon and Tony, and appeared in productions together until her death in 1987. Torn also had two children, Katie and Claire, with actress Amy Wright. 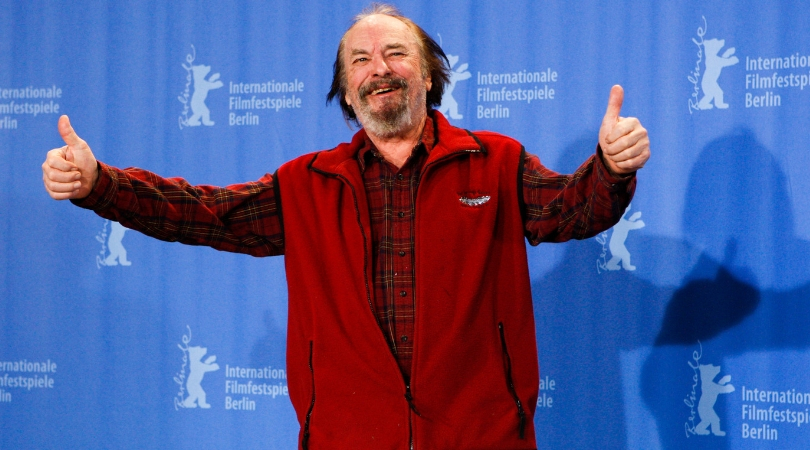