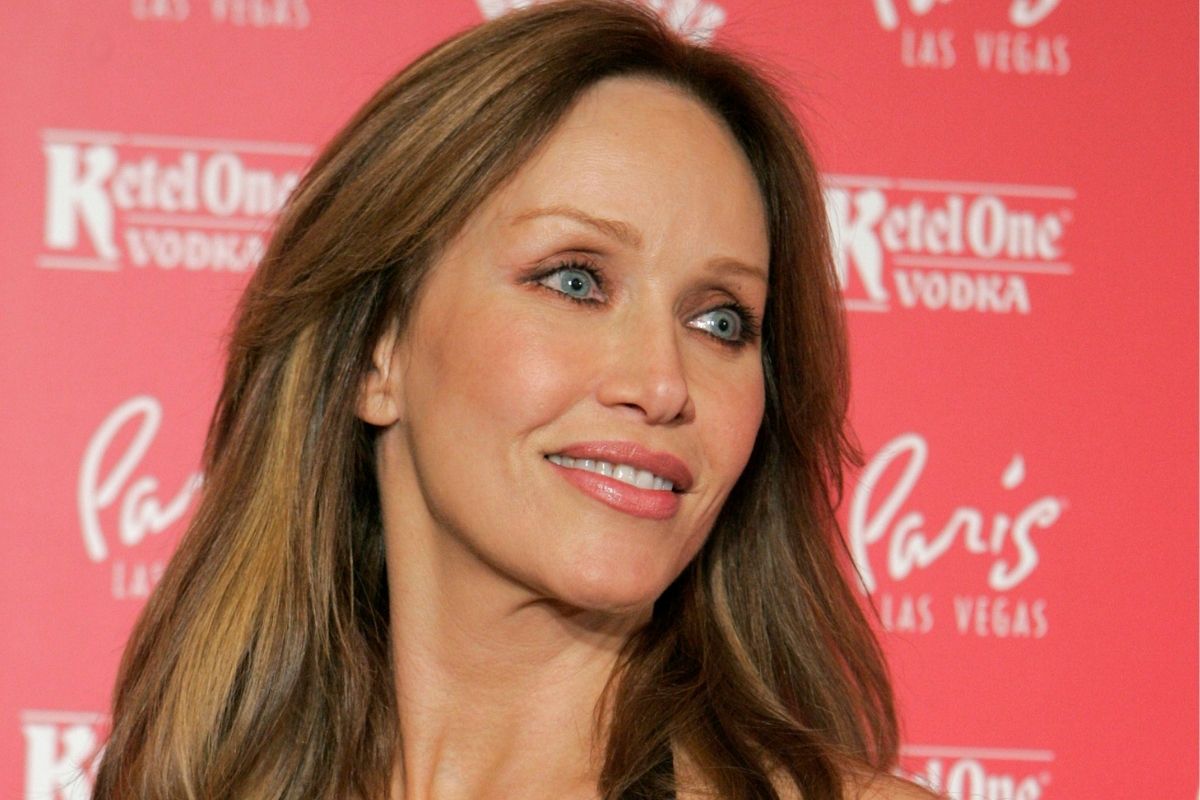 NEW YORK (AP) ? Tanya Roberts, who captivated James Bond in ?A View to a Kill,? appeared in the final season of ?Charlie?s Angels? and later played Midge Pinciotti in the sitcom ?That ?70s Show,? has died in Los Angeles. She was 65.

Roberts’ death Sunday was announced by her publicist, Mike Pingel. She collapsed in her home and was admitted to Cedars-Sinai Medical Center. No cause of death was given, but Pingel said it was not due to COVID-19.

One of her highest profile roles was playing geologist Stacey Sutton opposite Roger Moore in 1985’s ?A View to a Kill,? where she held a gun on Bond after tricking him into thinking she was in a shower. The character later joined him to stop bad guys on an airship over San Francisco. ?We are saddened to hear of the passing of Tanya. She was a very lovely person,” Bond producers Michael G. Wilson and Barbara Broccoli wrote in tribute. Britt Ekland, who starred opposite Moore in 1974?s ?The Man with the Golden Gun,? tweeted: ?Once a Bond Girl always a Bond Girl!?

?One of my favorite memories with Tanya was driving in the car and Duran Duran’s ?A View to a Kill? theme song came on the radio ? we both sang along. Priceless,? Pingel said.

Roberts also appeared in such fantasy adventure films as ?The Beastmaster? and ?Hearts and Armour.? She replaced Shelly Hack in ?Charlie?s Angels,? joining Jaclyn Smith and Cheryl Ladd as third Angel Julie. She also played comic book heroine Sheena ? a female version of the Tarzan story ? in a 1984 film.

A new generation of fans saw her on ?That ?70s Show,? playing Midge, mother to Laura Prepon?s character Donna. On Twitter, Topher Grace, one of the the show?s stars, called Roberts ?truly a delightful person to work with.? He added: ?I had never acted before and, to be honest, a little nervous around her. But she couldn?t have been kinder. We?ll miss you Midge.?

Roberts, a huge animal rights activist, is survived by her husband, Lance O?Brien. ?Tanya and I have never been apart. This is too much to handle. Her animals are lost without her and so am I,? he said in a statement.

About the author: Mark Kennedy
Mark Kennedy is a writer with the Associated Press.
View More Articles