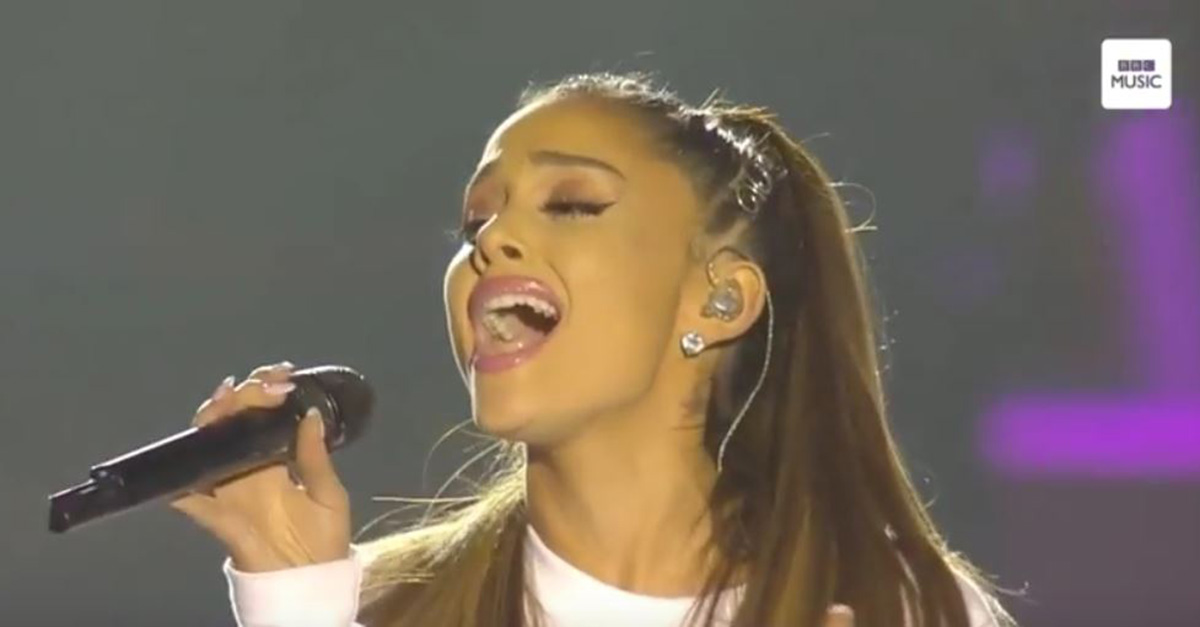 Grab the tissues for this one!

On Sunday night, Ariana Grande performed a stunning benefit concert for the victims and families of the May 22 suicide bombing in Manchester, in which 22 people died and many others were injured following Grande’s performance that night. To honor the victims, she returned to the city with a star-studded group including Marcus Mumford, Miley Cyrus, Justin Bieber, Katy Perry, the Black Eyed Peas, Chris Martin, Oasis and Pharrell.

Grande closed out her show with an emotional rendition of Judy Garland’s classic song “Somewhere Over The Rainbow,” and there reportedly wasn’t a dry eye in the audience. During the performance, Grande stopped and took a moment to remember one of the victims, Olivia Campbell, who died during the attack. Grande revealed that ahead of the concert, she met with Campbell’s mother.

RELATED: Prince Harry honored the London attack victims by sharing a meal and prayers with Muslim youths during Ramadan

During the nearly three-hour concert, Grande was joined by a school choir onstage to sing her own hit, “My Everything.”

The proceeds from Sunday’s concert will benefit the Red Cross? Manchester Emergency Fund which has been set up to benefit the victims and their families. The show was reportedly projected to raise upwards of upwards of $2.6 million.