Arnold Schwarzenegger On Caitlyn Jenner’s Run for Governor: “Anyone Has A Chance” 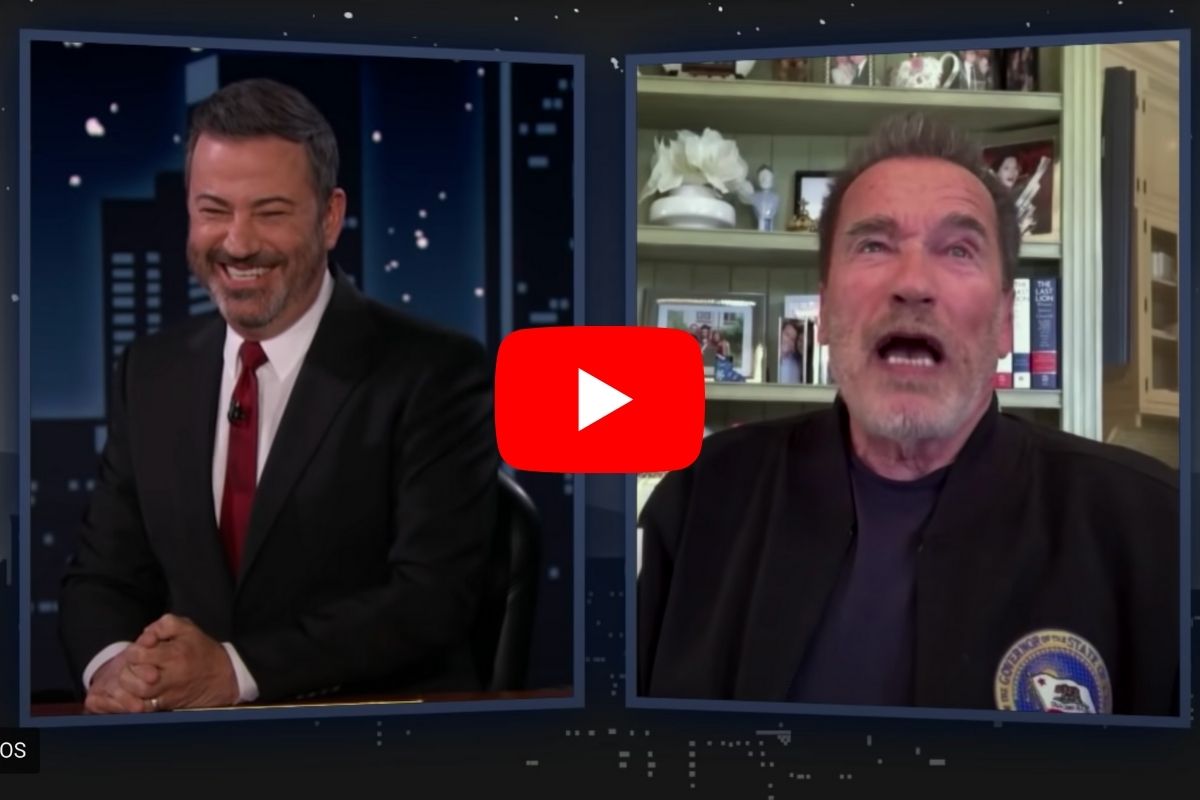 Schwarzenegger’s opinion on the matter is now trending — but don’t get too excited: Schwarzenegger answered the question as diplomatically as possible. Like a true politician.

Catching up with the Former Governor

First of all, Arnold Schwarzenegger wanted everyone to know he hated this year’s boring Oscars ceremony. (Us too, Arnold.) He said he only watched the first hour, meaning he didn’t catch Anthony Hopkins surprise win. But cutting out early is understandable; Schwarzenegger, like many Americans, missed the jokes and hosting shenanigans that once made the night so memorable.

Aside from that disappointing awards show, Schwarzenegger had family news to share: his first grandchild Lyla was born last August to his daughter Katherine Schwarzenegger and her husband Chris Pratt. Schwarzenegger is beyond excited to be a grandpa… even if it makes him feel old.

Schwarzenegger also made sure to plug his latest project, Stan Lee’s Superhero Kindergarten, an animated children’s series starring Schwarzenegger as a cartoonified version of himself. (Check out a trailer for that new show below.) But eventually, their late night chatter turned political. Kimmel asked the former politician directly about his thoughts on Caitlyn Jenner’s gubernatorial bid.

Due to rumbling controversies regarding the state-wide pandemic lockdown, California’s Democrat governor Gavin Newsom is now up for a recall election. And the retired Olympic athlete Caitlyn Jenner, now equally famous for her Kardashian ties and publicized gender transition, is officially in the running. Despite what you might think regarding Jenner’s stance on LGBT issues, the celeb is a long-time Republican — much like former governor Schwarzenegger.

Speaking to Jimmy Kimmel, Schwarzenegger admitted that everyone wants his opinion on all the new crop of California candidates. Schwarzenegger himself won the election in 2003 thanks to a recall election. But when Kimmel asked him if he thought Jenner had a real chance, Schwarzenegger avoided answering yes or no. Instead he elaborated on the excitement of a recall race, insisting that:

“The key thing about all of this, it does nor matter if it’s Caitlyn or anyone else, is to have a clear vision of where you want to go, of the changes you want to make, and why you are qualified to become gov. This is what you have to convince the people. The rest is all nonsense.”

Personally, Schwarzenegger predicts that another hundred candidates or so would jump into the contentious race. He would not say, however, whether Jenner has reached out to him for advice or for an endorsement. He did say that he is “good friends” with Jenner… but also that he’s “good friends” with Governor Newsom. That’s not surprising considering Schwarzenegger, with his centrist appeal, has remained influential in both Hollywood and politics for nearly twenty years now.

Often, Schwarzenegger is a straight-shooter. Remember his clear-cut (and badass) condemnation of the Capitol riot? So it’s frustrating to hear him dodge direct questions about Jenner and other candidates. But I suspect he’ll stay mum till he’s ready to endorse. In a state like California, that support will carry major weight.

WATCH: Arnold Schwarzenegger and Sylvester Stallone Once HATED Each Other