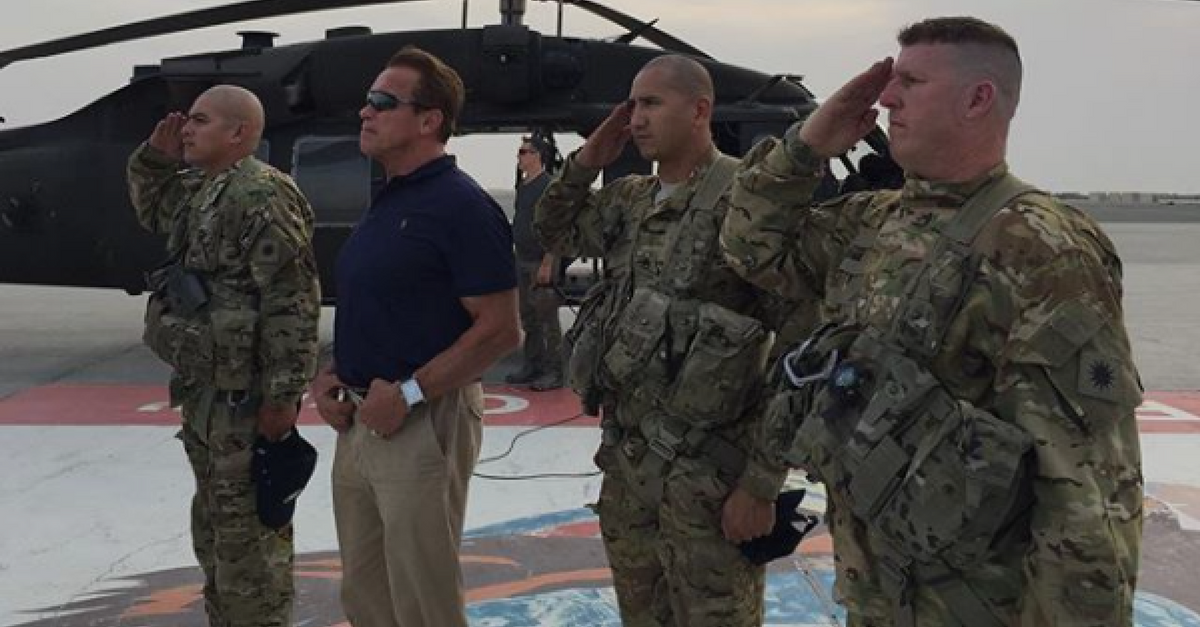 On Veteran’s Day, actor and former governor of California Arnold Schwarzenegger made sure to thank our men and women in uniform for paying the ultimate sacrifice to our country and keeping us safe.

“Thank you to every single veteran,” the patriotic actor wrote on Instagram alongside a photo of him and several armed service members. “I know that my life wouldn’t be possible without your service, and our country wouldn’t be the greatest without your sacrifice.”

Schwarzenegger made headlines recently when he opened up for one of the only times about his still-pending divorce from Maria Shriver and his infidelity in their marriage.

“I don’t need any time to reflect when I know it was a major, major screw-up,” he said of the matter before revealing that the couple is still not technically divorced, despite Shriver filing in 2011 after news broke that her husband had fathered a child with their longtime housekeeper.