In a recent interview, actor and former California Governor Arnold Schwarzenegger continued his war of words with President Donald Trump.

Earlier in the week, President Trump called for prayers for the former governor and teased him about the ratings for “The Celebrity Apprentice.” Schwarzenegger then responded that if Trump wanted to, they should switch jobs so that the American people could finally sleep at night. Trump had earlier tweeted a similar critique about Schwarzenegger’s ratings.

In an interview with Men’s Journal, the former governor recalled his initial reaction to Trump’s critique of him.

“Don’t get into a stinking contest with a skunk.”

“I said, ‘Let’s sit on it for an hour.’ I called my assistant and said, ‘I think what we really should do is request a meeting and go back to New York,’” Schwarzenegger said. “And then we just smash his face into the table.”

Schwarzenegger was clearly joking and amended his comment by saying he could never do that.

He added, “And then I think we can’t do that, either. I think I have to be above all of that and put him on the spot.” 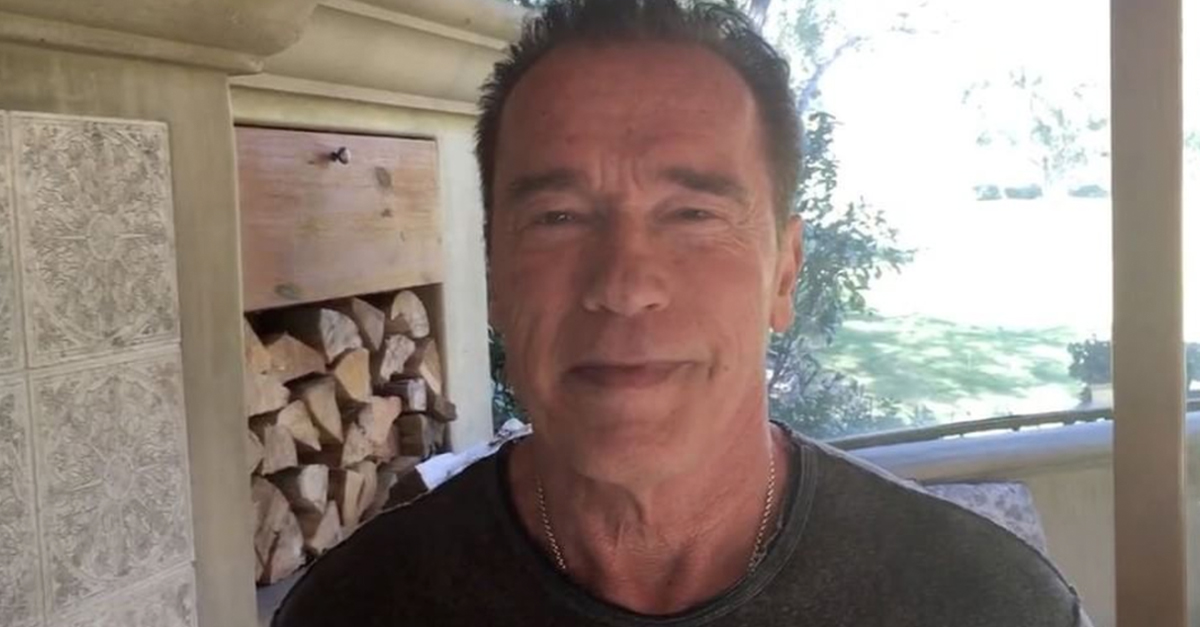