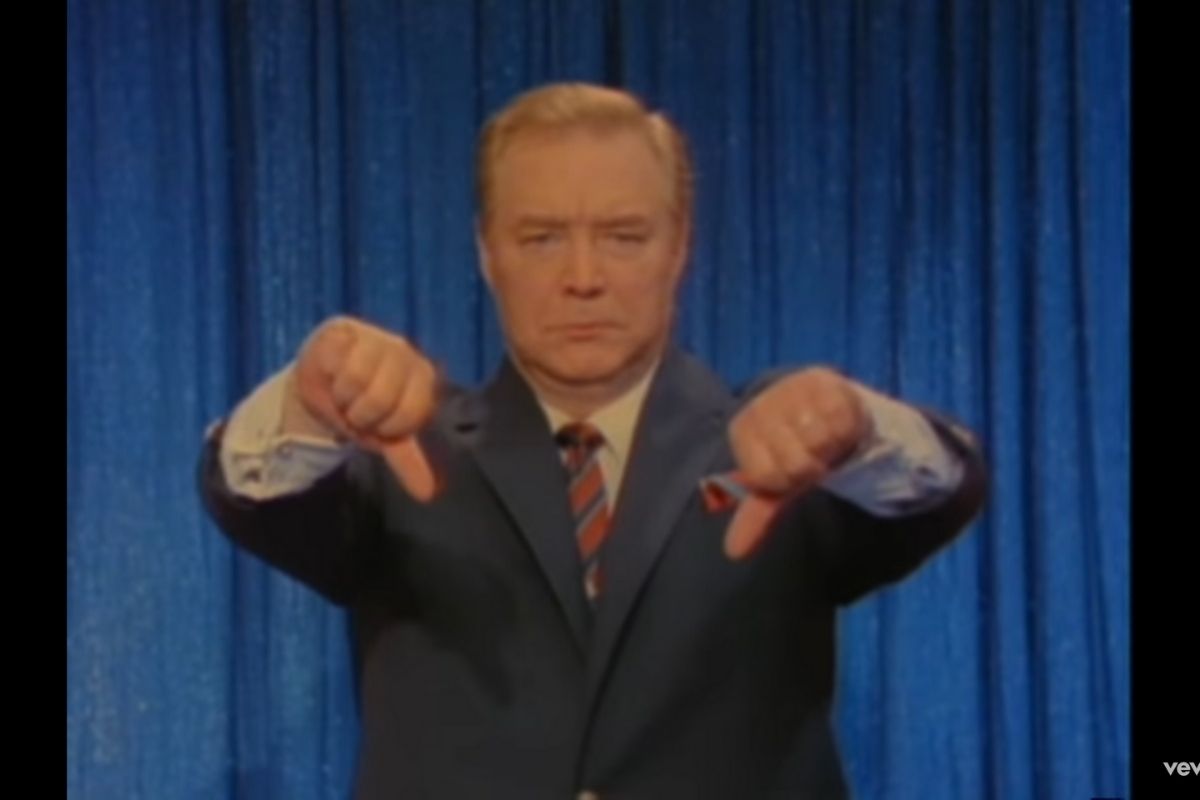 Alex Trebek was a national treasure; he brought grace, authority, and understated humor to the unique job of hosting Jeopardy! CBS’ difficult trivia quiz show could have been off-putting to viewers, but instead became a half-hour of shared excitement that’s lasted for decades. Through 37 seasons of daily syndication, and counting, Jeopardy! remains an educational American tradition.

When Trebek passed away from pancreatic cancer on November 8, 2020, the world mourned his loss. I know I spent countless nights with my college roommates, competitively watching the rounds released on Netflix: a memory (and effective drinking game) that is now dear to me. But amidst the touching tributes, a new conversation arose. Who might step up to host the influential game show? Who could possibly fill Trebek’s well-worn shoes? (For now, Ken Jennings is filling in.) It seems that most have forgotten Trebek himself started as a replacement for the original host of Jeopardy: Art Fleming.

The Start of ‘Jeopardy!’ and the “Quiz Show Scandals”

Art Fleming was the first host of Jeopardy! He led the show’s original run on NBC from 1964 to 1975, when the conceit — contestants answering in the form of questions — still seemed preposterous. The brain child of TV mastermind Merv Griffin, Jeopardy! was designed to revive the quiz show genre, which had fallen out of fashion after a series of quiz show scandals during the 1950s. The exposure of rampant cheating on shows like The $64,000 Question, Twenty-One, and Dotto tarnished the reputation of seemingly scholastic programs. The authentic Jeopardy! is now synonymous with the return of integrity to TV game shows. But in order for the formula to work, Griffin needed a trustworthy host. Enter the Art Fleming.

Art Fleming had worked as an actor and radio announcer before he was discovered by Merv Griffin through a commercial for Trans World Airlines. Griffin found Fleming “authoritative, yet warm and interesting.” Soon, Fleming was hosting “the world’s greatest quiz show” — and having a great time. A trivia buff himself, Fleming never missed a taping of Jeopardy! and appeared in 2,858 episodes. Jeopardy! was canceled in 1974, but revived for a single season in 1978, which Fleming again hosted. The young Canadian newscaster Alex Trebek was not brought on to Jeopardy! until the third iteration of the program appeared on CBS in 1984.

Arthur Fleming Fazzin was born and raised in New York City, the son of William and Marie Fazzin, two dancers who had emigrated from Austria. At just four years old, he starred in a Broadway play and is career in entertainment was born. Fleming went on to attend Colgate University and Cornell University, where he played sports and earned multiple degrees; the intellectual background would eventually help Fleming establish his authority as a confident television host. Art Fleming was also a World War II veteran, having served in the United States Navy for nearly four years as a patrol bomber pilot.

Following his time in the service, Fleming set off to pursue a career in entertainment. He was a stunt double for Ralph Bellamy in Man Against Crime. In 1959, he starred as detective Ken Franklin in the ABC series International Detective and as attorney Jeremy Pitt in The Californians. He also appeared in numerous TV commercials, which is where his talent was discovered by Merv Griffin.

Following Art Fleming’s decade-plus on Jeopardy!, Merv Griffin decided to move the show to Los Angeles. A New Yorker at heart, Fleming neglected to continue move west and his reign as host. But that did not stop him from making many cameos in American media. He appeared in the Gregory Peck movie MacArthur, and as himself in Airplane II: The Sequel. Fleming has also popped up in various episodes of Starsky and Hutch and Kingston: Confidential. And he even continued his love for hosting through the CBS Radio program, College Bowl, and two St. Louis radio talk shows of his own, At Your Service and Trivia Spectacular. Watch him here in ‘Weird Al’ Yankovic’s music video for the song, “I Lost on Jeopardy.”

Like his eventual successor, Art Fleming also died of pancreatic cancer. He passed away in 1995 in Crystal River, Florida at the age of 70. And along with Trebek, we have Fleming’s illustrious career to thank for the enduring legacy of the fan-favorite Jeopardy!