As her ongoing child support battle rages on, “Fuller House” star Jodie Sweetin reveals how much she earns 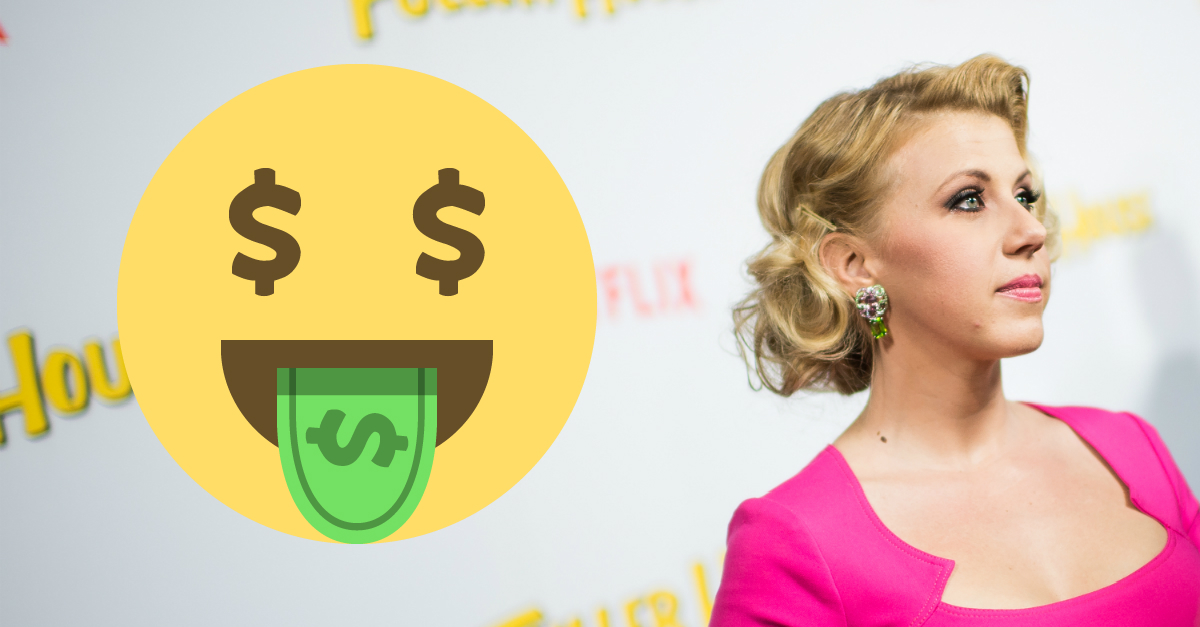 When it comes to personal wealth, Jodie Sweetin just spilled the beans in her ongoing child support battle with ex-husband Morty Coyle — and she’s making the big bucks!

Coyle claimed that the “Fuller House” star makes $700,000 per year and petitioned a judge to force Sweetin to pay more money for the care of their 7-year-old daughter Beatrix. In response, Sweetin filed an income and expense report, detailing all of her finances in court documents, PEOPLE reports.

In the court documents, the 35-year-old former “Dancing With The Stars” contestant provided evidence to support her claim that she earns just over $40,000 per month, bringing her total annual income to $470,331 in 2016 — nothing to be sniffed at, but certainly a lot less than the $700,000 a year that her ex allegedly claimed she was making.

The documents also provide some insightful details regarding Sweetin’s expenses. Sweetin spends $5,500 per month on rent and $1,500 on eating out each month, as well as roughly a thousand dollars on “entertainment and vacation.” Another thousand dollars goes toward clothing. On top of all her estimated expenses, Sweetin pays $2,000 per month to Coyle for child support.

Sweetin’s monthly spending totaled up at $15,262. It’s unclear how accurate the figures are, but it’s certainly an interesting look at the life of the actress who plays Stephanie Tanner.

The actress also listed some of her assets, which including $139,456.25 in a business account, and $9,449 in other accounts. She also had a modest amount of credit card debt listed at under two and a half thousand dollars.

The judge has yet to come to a decision on Coyle’s request for increased child support payments. The Nov. 16 hearing was postponed, and rescheduled for Dec. 15.

Sweetin and Coyle split in 2013 after a year of marriage.

Sweetin has had a rough 2017. Earlier in the year her ex-fiance Justin Hodak opened up about the night that ended their engagement.

Back in March, Hodak was arrested three times for possession of a deadly weapon, falsifying evidence and violating the restraining order that Sweetin had against him following an explosive fight that led Sweetin to call the police on him. Hodak claimed “roid rage” fueled the incident.

Hodak ended up being sentenced to 120 days in jail, nearly half of which he’s already served. Looking back, he wishes he had just walked away. Additionally, he does not believe he is a threat to Sweetin, who has since increased her security greatly.

“The only thing I’m guilty of is being in love,” Hodak said.