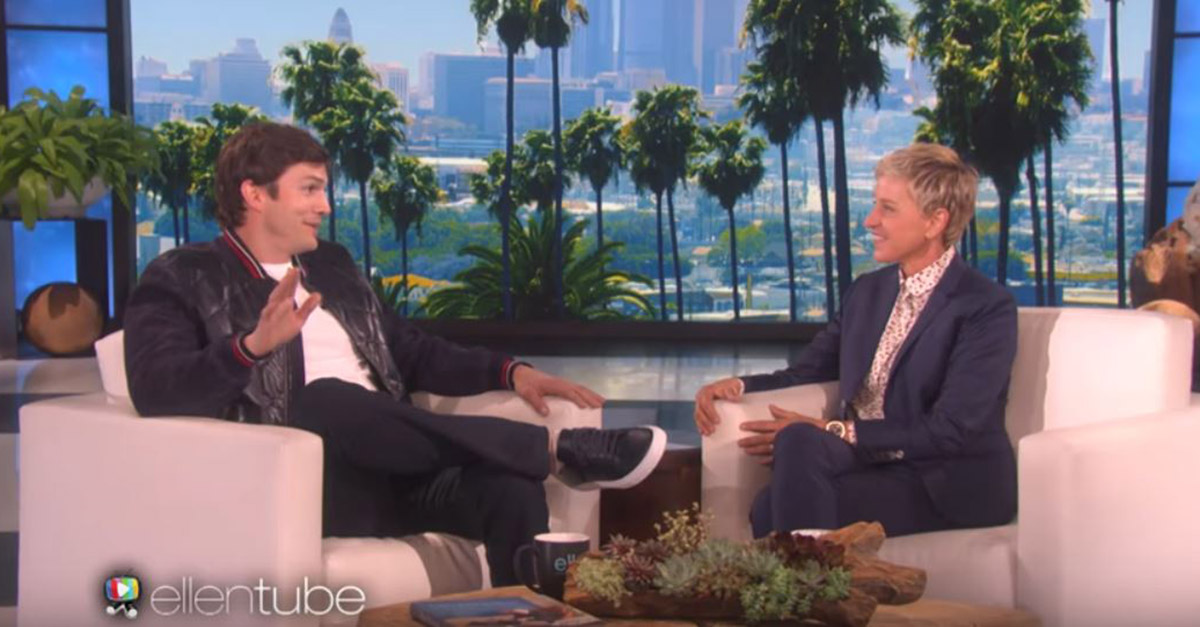 On Monday, the actor appeared on “The Ellen DeGeneres Show” and couldn’t help but gush over his little family with wife, Mila Kunis.

The couple just welcomed their second child together, a son named Dimitri, and according to Kutcher, big sister Wyatt has already claimed him.

“Wyatt thinks the baby is her baby,” he told DeGeneres. “At some point, I’m going to have to explain to her that it’s not her baby, and I don’t know how I’m going to do that.”

Apparently, the 2-year-old little girl is pretty affectionate to her darling little brother.

“She loves the baby so much, it’s like ‘Of Mice and Men,'” he said. “She’s like, ‘I’ll love you and hold you and squeeze you and name you George.’ I’m afraid she’s like Lenny. I’m like, ‘You’re going to squeeze the baby’s head off, honey.'”

He added a joke, “She loves this baby maybe more than me.”

All jokes aside, Kutcher said that parenting has been a rocky road, but he thinks he might be getting hang of it now that he has a second child.

Prior to his son’s birth, Kutcher said his wife came to him with a declaration about what his name should be, and essentially predicted the future.

“So I think Donald Trump is going to become the president, and I think our baby’s name is Dimitri,” he said she told him.

A few weeks later (after not much talk of baby names), Kutcher said that he came home with a realization and shared it with his wife.

Which, of course, means only one thing in Kutcher’s world.

“Everything Mila says it right! But she’s my wife, so that’s just how it is,” he said.