Mila Kunis and Ashton Kutcher: From Friends With Benefits to Husband and Wife 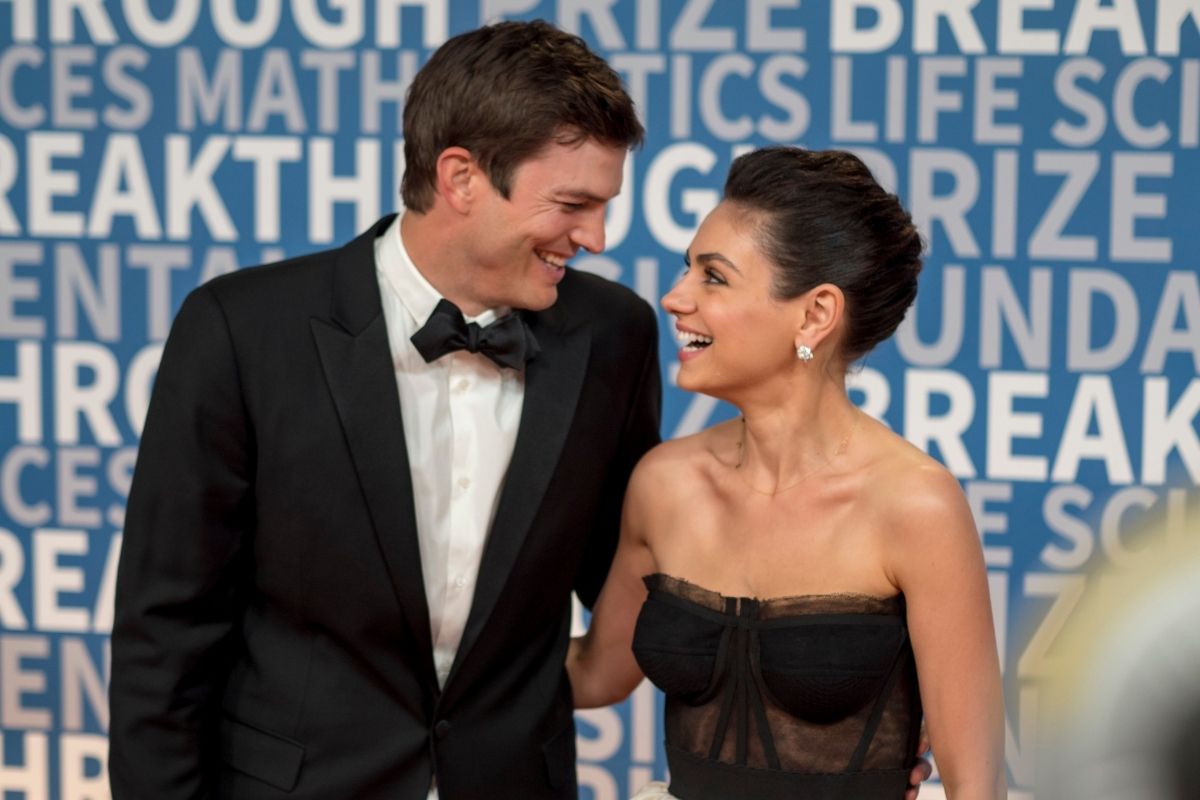 It?s rare for high school sweethearts to grow up and marry each other, but even rarer still for people who played high school sweethearts on television to grow up and marry each other many years after their TV roles were long done. That?s exactly the story for Ashton Kutcher and Mila Kunis, who played on-again-off-again couple Michael Kelso and Jackie Burkhart on the sitcom That ?70s Show from 1998 to 2006.

Per Showbiz Cheat Sheet, Mila Kunis has admitted that she had a crush on Aston Kutcher when they first met and her very first kiss was a scripted one between their two characters. However, there is a six-year age difference between the two of them, and they both had other long-term relationships before reconnecting in 2012.

Post-That ?70s Show, Ashton Kutcher was famous for his pranks on Punk?d, his replacement of Charlie Sheen on Two And A Half Men, and of course his marriage to his now ex-wife Demi Moore. In one of the rare examples of a May-December Hollywood romance in which a woman is older than a man, Kutcher and Moore were, respectively, 25 and 40 when they started dating in 2003. They married in 2005 in a small ceremony attended by Moore?s ex-husband Bruce Willis and their three children, Rumer, Tallulah, and Scout. Their reportedly stormy relationship ended in 2011, per Metro.

After That ?70s Show, Mila Kunis transitioned to making movies with roles in Forgetting Sarah Marshall, Max Payne, and Black Swan, for which she was nominated for a Golden Globe award. Kunis was in a relationship with Home Alone star Macaulay Culkin from 2002 until 2011. The couple worked hard to keep their relationship private and out of the press throughout; ?their split was amicable and they remain close friends,? as reported by CBS News.

From Friends With Benefits To Husband and Wife

In 2012, Ashton Kutcher and Mila Kunis reconnected. Both were single and didn?t want to get into anything too serious. As reported by the site Now To Love, Kunis revealed how they got together in an interview with Marc Maron for his podcast, WTF: “I did a movie called Friends With Benefits. He did a movie that was very similar: No Strings Attached. We lived our movies out, where we were like, ‘Let’s just hook up. Let’s have fun. We’re both single. We both trust each other. Everything’s great.’ None of us wanted tension. OK, great. We hooked up for three months. And just like our movies, one of us caught feelings.”

It turned out that both of them had the same feelings and they moved in together shortly thereafter. They had a daughter, Wyatt Isabelle Kutcher, in 2014, married in 2015, and had a son, Dimitri Portwood Kutcher, in 2016. Like lots of couples, they have been plagued by breakup rumors throughout their relationship, but they remain happily together and even joke about the rumors. In 2019 they set social media ablaze when they uploaded a video to Instagram in which they joked about an In Touch Weekly cover proclaiming their imminent divorce, in which Mila proclaimed she felt suffocated and was taking the kids, per The Sun.

In 2021, the former co-stars worked together again onscreen for the first time since the end of That ’70s Show over 15 years ago when they starred in a Cheetos Super Bowl ad alongside ?It Wasn?t Me? singer Shaggy. The video featured Ashton finding Cheeto dust fingerprints throughout their home while Mila, egged on by Shaggy, insists ?it wasn?t me? leaving them behind, despite the fact that she?s caught snacking in the closet, in the shower, and so on. Romance is alive and well!

Watch: What the Cast of ?That ?70s Show? Looks Like Today