At his graduation speech, this high school valedictorian made a stunning announcement 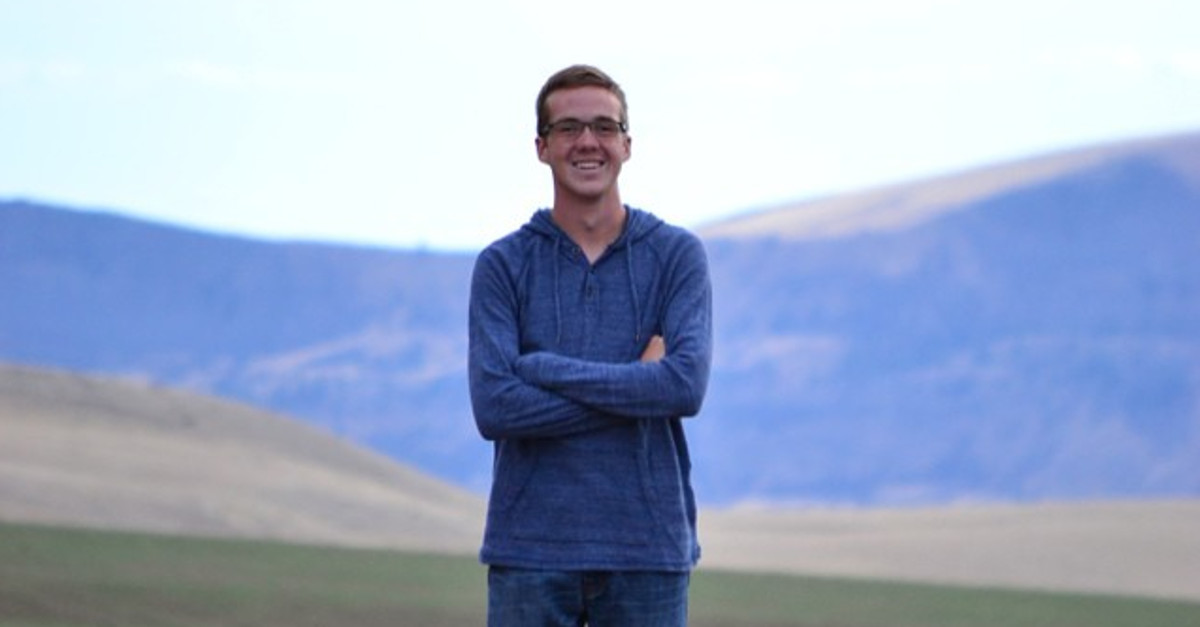 Nobody doubts Konner Sauve’s intelligence. He’s the valedictorian of his high school, after all. And now, nobody doubts his heart either.

The newly-minted high school graduate from Washington state revealed in his graduation speech earlier this month that he was the anonymous student behind an Instagram account posting heartfelt thoughts about classmates, ABC News reports.

Felicia Risley Words simply cannot express how much I respect you. Ever since intermediate school, I was nervous to say I was intimidated by you because you have always had such a strong soul! You fought hard to get where you are at. And now over the past years, I have been able to see your personality and soul bloom and flourish in a beautiful delicate bouquet of kindness. You have been a blessing in my life because you have shown me there is ALWAYS something greater coming even though tough times can stick around, you’ve shown how we will always come out stronger and better than before. You’ve gracefully accepted the cards life has dealt you and you live such a wonderful life and it has been so amazing to see you find happiness. And I challenge you to keep finding and discovering happiness as you continue to grow older. Everyone at east valley should admire the amazing woman you have become. Thank you for everything you’ve stood for, you’re awesome! GO FELICIA!

“I was nervous,” Sauve said. “It got really loud, but they were happy. Some of my close friends were like ‘why didn’t you tell me earlier?'”

He went totally off-script with the reveal. Not even the principal, Dottie Say, knew what was to happen.

“I couldn?t believe he was the one that did all these wonderful things for the kids,” Say said. “It was very positive to raise the morale and address the negativity of social media. He got a standing ovation from all of the seniors.”

For the last year, he’s been posting photos of more than 650 members of the classes of 2014 through 2017 with kind messages.

Mario Hernandez Not only are you a hard worker, but your drive for just completing any project is just absolutely outstanding. You have been around to assist others in the best of times and in the worst of times, You are the kind of friend others should strive to be because of your love for those around you. I’ve watched you dedicate some of your time to other people and that makes more of a difference than you dare to think. You’re going to be more successful than you think, just always remember to keep donating your time to those around you and you’ll make an impact.

Chloe Kahan, 16, was one of the first to be spotlighted on Sauve’s Instagram all those months ago.

“Konner went really out of his way — for me especially,” she said. “I lost my dad in August and he messaged me on the account. It was really sweet and I was able to open up to him, even though it was anonymous. There’s some accounts that bully others, but now we are really united and that’s all because of Konner.”

Now that Sauve has graduated, several other students have started similar anonymous accounts to do the same uplifting work.