Barack and Michelle Obama were spotted having lunch at a New York City eatery with U2 frontman and activist Bono.

The trio was seen at the Upland restaurant in Manhattan, an establishment that the former president has frequented in the past.

During the outing, the former first lady was dressed stylishly in black pants, a white blouse and a long gray coat. Former President Obama was dressed in a suit jacket and white shirt, but as has been his usual style since he left the White House, he left his tie at home.

A video posted to Instagram by another patron of the restaurant revealed that the former first couple received a round of applause and cheers as they exited the restaurant.

The former president can be seen waving happily to the crowd as they headed to the exit.

There has been no word on what the Obamas may have been discussing with Bono, but this isn’t the first time that he has met with the couple. He met with the former president on several occasions, including a visit to the White House in 2011 with fellow musician Alicia Keys.

Former White House photographer Pete Souza, who has been sharing multiple throwback photos on his Instagram page, shared a photo of the moment with a background story. He captioned the photo:

This story is better than the photo. Back in 2011, the President invited Bono and Alicia Keys to lunch in his private dining room adjacent to the Oval Office. Bono asks where he should sit. Potus says sit wherever there’s a chair. Bono sees a guitar case in the corner, a campaign memento from Rock The Vote event. Bono quickly tunes the guitar and starts playing/singing Norwegian Wood by the Beatles. Why? Because the second verse goes like this: “She asked me to stay
And she told me to sit anywhere
So I looked around
And I noticed there wasn’t a chair”

In the midst of this, the President looks back at me and says, “How cool is this?”

RELATED: A relaxed, tie-less Obama showed up in New York City, and people couldn’t handle it 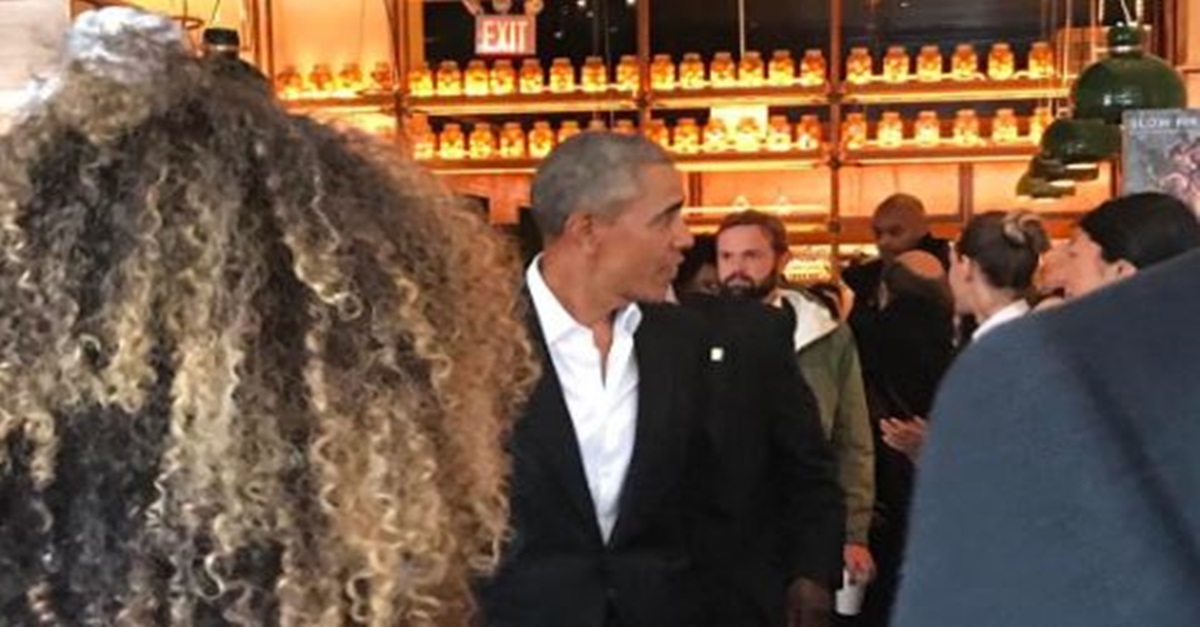