Obama and Trudeau met to discuss an issue that is important to them both, and the internet is swooning 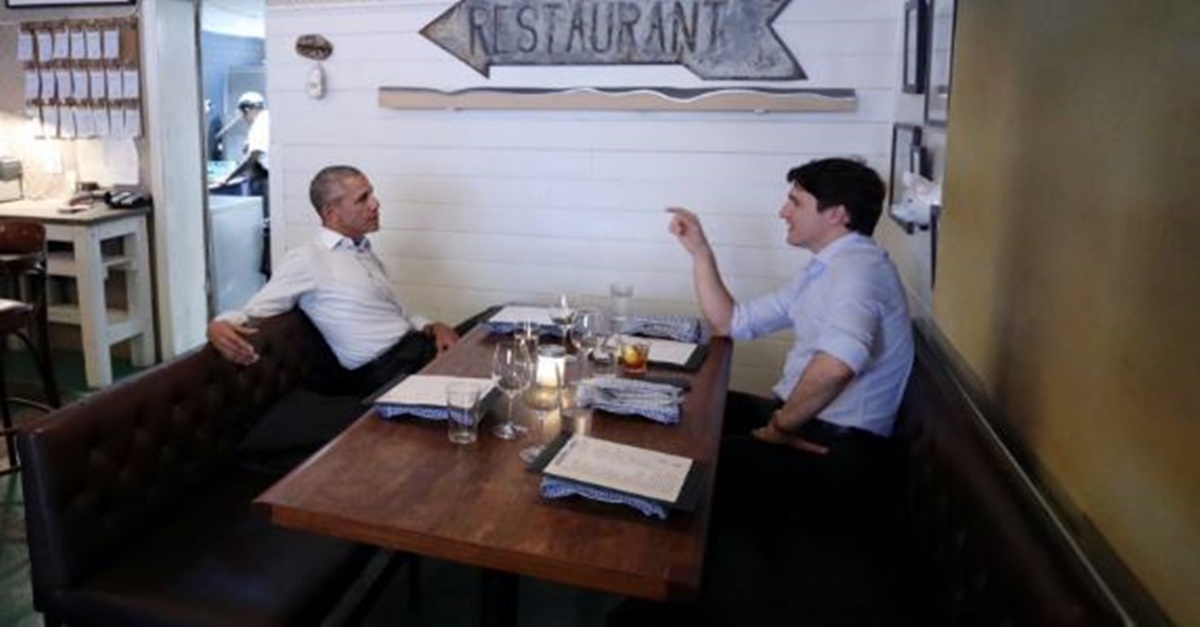 On Tuesday, the two leaders met at a restaurant in Trudeau’s hometown of Montreal and shared a candlelit meal together.

According to an Obama Foundation tweet, Obama and Trudeau met to discuss “developing the next generation of leaders.”

RELATED: Justin Trudeau took Ivanka Trump to a Broadway play, but it?s what the show is about that has people talking

The post was captioned, “Tonight in Montreal, @BarackObama and @JustinTrudeau discussed their shared commitment to developing the next generation of leaders.”

Tonight in Montreal, @BarackObama and @JustinTrudeau discussed their shared commitment to developing the next generation of leaders. pic.twitter.com/170ze83igl

Trudeau also shared a picture of the occasion on his Twitter account, writing in his caption, “How do we get young leaders to take action in their communities? Thanks @BarackObama for your visit & insights tonight in my hometown.”

How do we get young leaders to take action in their communities? Thanks @BarackObama for your visit & insights tonight in my hometown. pic.twitter.com/EwJXPEkN3w

RELATED: President Trump and Canadian Prime Minister Trudeau had a slight pause before their handshake, but the internet ran with it

The internet was, unsurprisingly, swooning over the photos of the two popular leaders spending time together. Social media quickly lit up with commentary on the meeting:

Le Bae and Le Best Ever had dinner (in reality, not just in my dreams!) Today on @ELLEmagazine #Trudeau #Obama https://t.co/lXDIZBd199

Just the thought of #Obama & #Trudeau kicking back at restaurant having a real convo abt how to encourage young leadershp is amazing! 😊

Whenever I'm not happy with the news, I'm just going to look at this picture. It puts me in a better place #Obama #Trudeau #Sanity pic.twitter.com/fPlWW6BwQX

#obama and #Trudeau went to dinner in Montreal yesterday. I wish I could have sat in on their conversation! Lol #lettrs pic.twitter.com/WGZ0qAGD1E

Obama: "What do you recommend?"

Trudeau: "I hear the covfefe is pretty good" pic.twitter.com/aGUgmZdBns

After dinner, the two leaders posed for photos at the restaurant.

What's for dinner for #Obama and #Trudeau? #montreal https://t.co/zWlpYgFmvS

And, then shared a warm embrace…

Find someone who gets lost in a hug with you the way that #Trudeau does when he hugs #Obama pic.twitter.com/D6wlHwh9pW

Obama was in Montreal to give a speech on Wednesday, which gave the two a chance to meet and discuss their common goals.

RELATED: Can your Internet handle these pictures of Prince Harry and Canadian Prime Minister Justin Trudeau?