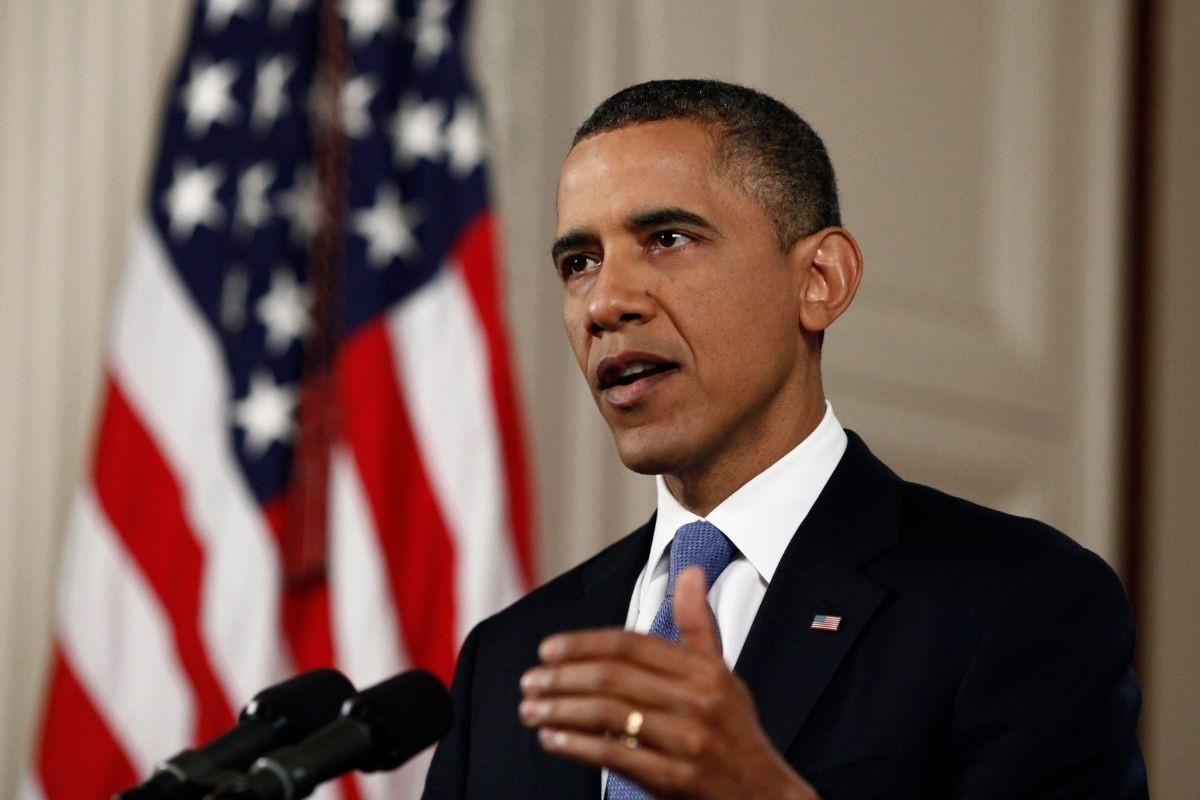 Former US President Barack Obama opened up about his childhood experiences with racism in a new podcast with Bruce Springsteen, Renegades: Born in the USA. The former president recounted the time that he got into a literal fistfight with a former friend who called him a racial slur. He stated he doesn’t think the boy knew what the word exactly meant, rather said it to be mean, so he broke his friend’s nose while they were in the locker room.

Obama stated, “Listen, when I was in school, I had a friend. We played basketball together, and one time we got into a fight, and he called me a c**n. Now, first of all, ain’t no c**ns in Hawaii, right? It’s one of those things where he might not even have known what a c**n was. What he knew was, ‘I can hurt you by saying this.’”

Episode 2. American Skin: Race in the United States – Renegades: Born in the USA

The former commander-in-chief stated that he didn’t take the incident lightly and a fight quickly ensued. He continued, “I remember I popped him in the face and broke his nose, and we were in the locker room. I explained to him — I said, ‘Don’t you ever call me something like that. I may be poor. I may be ignorant. I may be mean. I may be ugly. I may not like myself. I may be unhappy, but you know what I’m not? I’m not you.’”

This isn’t the first time Obama has been open about race and culture. Back in June 2020, he wrote an essay on Medium about how to enact change amid the protests over George Floyd’s death which created the Black Lives Matter movement. The former president wrote,

“I recognize that these past few months have been hard and dispiriting — that the fear, sorrow, uncertainty, and hardship of a pandemic have been compounded by tragic reminders that prejudice and inequality still shape so much of American life,” Obama wrote. “But watching the heightened activism of young people in recent weeks, of every race and every station, makes me hopeful. If, going forward, we can channel our justifiable anger into peaceful, sustained, and effective action, then this moment can be a real turning point in our nation’s long journey to live up to our highest ideals.”

Obama also noted that the change will be up to a new generation adding that history can provide the basic lessons that are worth remembering. According to Spotify, Springsteen and Obama have been friends since he met on the campaign trail back in 2008. Obama awarded the singer the Presidential Medal of Freedom in 2016. Their new Spotify podcast series is a 6 partner and features topics like fatherhood, race, and the country’s “painful divisions.”