Barbra Streisand Was ‘Born to be a Jewish Grandmother’ 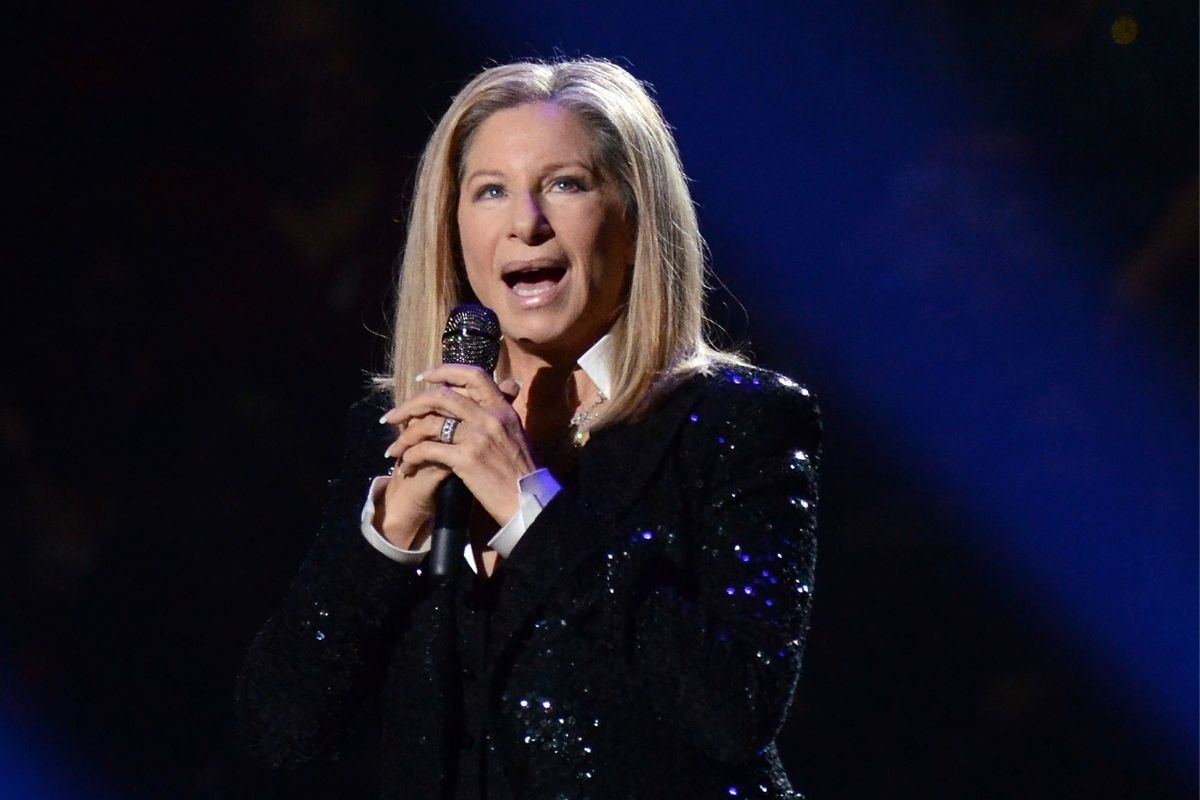 We’ve seen Barbra Streisand, one of the most iconic personalities in the entertainment industry of all time, on the big screen in movies like Hello, Dolly!, The Mirror Has Two Faces and Yentl. We’ve seen her on and off-Broadway in musicals like “I Can Get It For You Wholesale” and “Funny Girl”. We’ve seen her on TV on shows like The Ed Sullivan Show and My Name Is Barbra.  We’ve seen her in concert singing ballads like “Woman in Love” and “Guilty”.

But,  aside from her close family, we have never seen Barbra in the role of a grandmother. According to actor James Brolin, her husband of more than two decades, the Oscar-winning actress becomes a totally different person around her grandchildren. ?The minute a kid comes into the room, she just changes as a person, she falls apart,” he told the Associated Press. “… It?s just really fabulous to see somebody disarmed.?

It was only a couple of years ago that Streisand had a chance to become the doting grandmother she was destined to be. To find out how she got there, let’s take a look at the Hollywood legend’s personal history:

A Star Is Born

In 1942, Barbara Joan Streisand was born in Williamsburg, Brooklyn in New York to Diana Rosen and Emanuel Streisand. Her father died when she was young, leaving Diana to raise Barbara, her brother Sheldon, and her half-sister, singer Roslyn Kind, alone and on the brink of poverty. Despite her humble beginnings, Streisand was determined to become a star. While at Erasmus Hall High School (where she studied alongside her future collaborator, Neil Diamond) she simultaneously trained in acting at the Cherry Lane Theater in Greenwich Village.

After high school, the future Emmy winner moved to Manhattan, where she dazzled audiences with her vibrant soprano as a cabaret singer. It was around this time when Barbra removed the middle “a” from her name so that it would stand out. It was also in New York City around this time that she met her first husband, actor Elliott Gould. The two were married from 1963 to 1971. It was with Gould that Streisand had her first and only son: Jason Gould.

Over the course of their marriage, Streisand was slowly but surely rising to stardom. She received a Tony Award nomination for her performance in the Broadway show I Can Get it For You Wholesale. After signing with Columbia Records, she released her first album, The Barbra Streisand Album in 1963. The album landed two Grammy Awards, including Album of the Year. At the time, she was the youngest musician to win the Album of the Year award.

A Broadway actress at heart, Streisand appeared in a series of on-screen musicals, including Hello, Dolly!  and On a Clear Day, You Can See Forever. Soon, she transitioned to comedies like The Owl and the Pussycat and What’s Up, Doc?, as well as dramas like Up the Sandbox and The Way We Were.  After divorcing Gould in 1971, Streisand remained unmarried for more than three decades. The Academy Award-winning actress says she was comfortable in her singlehood, telling People, “Without being in despair, I was finally liking my solitude”.

After decades of singlehood and successes, the diva met her second husband, James Brolin, after being set up at a party. They were married two years after their first date at Streisand’s estate in Malibu, California. Guests reportedly included John Travolta, Kelly Preston, Tom Hanks, Rita Wilson, and Marlon Brando.

Her son Jason, who announced he was gay a 21, does not currently have children. But the Golden Globe winner became a grandmother when her step-son, actor Josh Brolin, had a girl. Josh and his wife Kathryn welcomed their first daughter, Westlyn Reign Brolin, in 2018. Streisand was overjoyed.

?My wife got [Streisand] a bracelet that said ?Grandma? on it and she started crying.? Josh Brolin told People. ?She is really into it and I love that she is into it. I mean, it?s like very typical Jewish grandmother who is saturated by this event. It?s awesome.? In December 2020, the celeb became a grandma for the second time when Josh and Kathryn welcomed their second daughter, Chapel Grace Brolin.