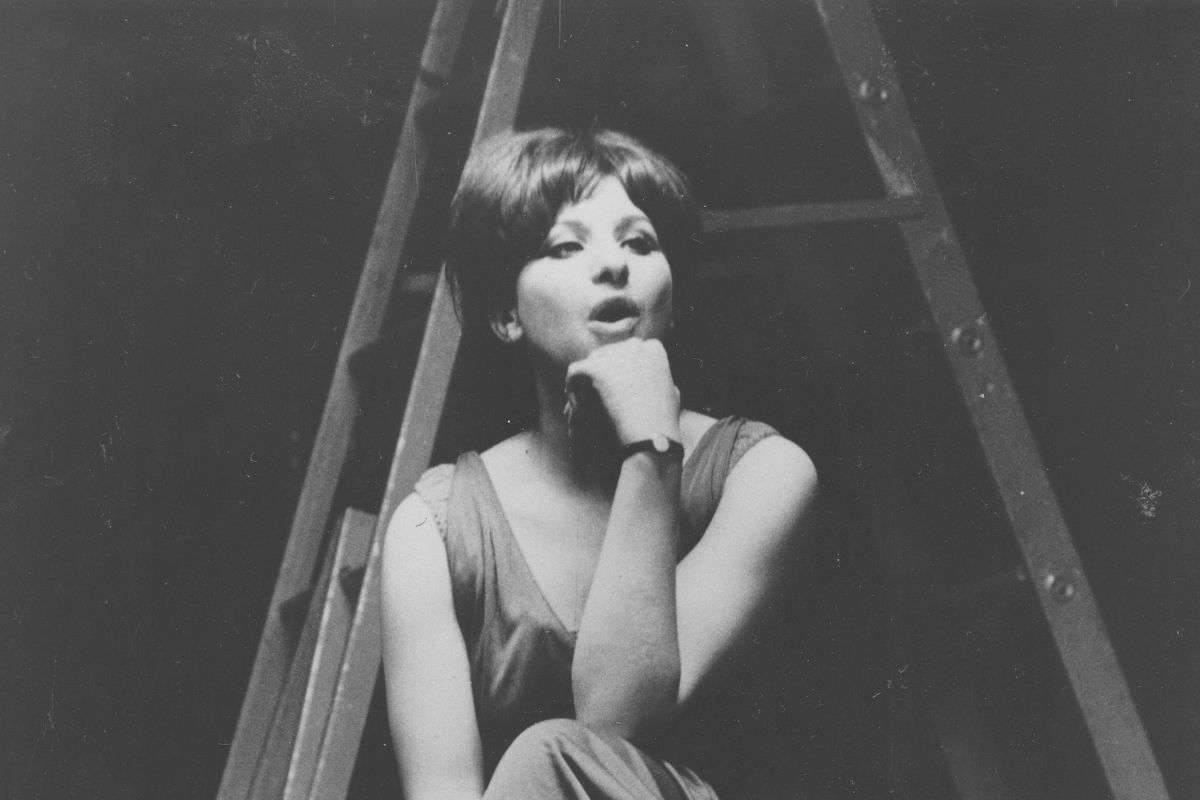 Long before she was named one of Forbes‘ richest self-made women of 2020, Barbra Streisand was born into a poor Jewish family and rose to riches through sweat, tenacity — and of course — an incredible set of pipes. Her journey from an awkward, skinny kid from Brooklyn to an American icon beloved around the world is one to be told and heard.

Barbara Joan Streisand was born in Brooklyn in New York in 1942. Her father, Emanuel Streisand, died when she was young, leaving her mother Diana to raise Barbara, her brother Sheldon, and her half-sister, singer Roslyn Kind, alone and on the brink of poverty. Diana, a former soprano turned school secretary, was notoriously critical of her daughter’s aspirations to be a star.

Growing up, Barbra was teased for her distinctive nose, severe acne, and slight cross-eyes. Directors told her she’d never make it without a nose job. “I always knew I hadda be famous and rich – the best,” she explained. “Beautiful I’m not and never will be.”

After graduating from Erasmus Hall High School, Streisand moved to Manhattan to perform as a cabaret singer. Determined to stand out, the soprano also removed the middle “a” from her name to make it more unique. While working on a Broadway show in New York City in 1962, Streisand met her first husband, actor Elliott Gould in 1962. The couple was married a year later, and welcomed a son — Jason Gould — in 1966.

It was around this time when Barbra’s career began to take off. Her supporting role performance in the Broadway show “I Can Get it For You Wholesale” earned her a Tony Award nomination and New York Drama Critic’s Best Supporting Actress award. Between 1961 to 1963, Streisand would appear on TV shows like the “Tonight Show”, “The Garry Moore Show”, and “The Ed Sullivan Show”. In 1963, the American singer released her first studio album — The Barbra Streisand Album — which soared to the Billboard top 10 and won three Grammy Awards. In 1964, Streisand starred in the Broadway show “Funny Girl” on Broadway.  A year later, she released the TV special My Name is Barbra, earning herself two Emmy Awards.

Barbra made her Hollywood debut in 1968 with an Oscar-winning reprisal of Funny Girl. Her first film performance earned her the Academy Award for best actress.

From there, Streisand would go on to appear in a string of movie musicals, including Hello, Dolly!, On a Clear Day, You Can See Forever, and Yentl. In the early ’70s, she would expand her repertoire to include comedies like The Owl and the Pussycat and What’s Up, Doc? and dramas like The Way We Were, The Prince of Tides, and The Mirror Has Two Faces. In addition to acting in A Star is Born in 1976, Steisand won her second Academy Award for the movie by composing the film’s love theme “Evergreen”. Years later, she’d go on to perform in comedies like Meet the Fockers, Little Fockers, and The Guilt Trip.

After divorcing Gould in 1971, Streisand treasured her singlehood for many years. It would be three whole decades until she would be set up with her second husband, James Brolin. In 1998 — two years after that fateful party — they were married in Barbra’s estate in Malibu, California. Guests reportedly included John Travolta, Kelly Preston, Tom Hanks, Rita Wilson, and Marlon Brando. Brolin has two kids from a former marriage to Jane Cameron Agee, Jess and actor Josh Brolin, and a daughter named Molly from his former marriage to Jan Smithers.

So What is Barbra Streisand’s Net Worth?

As of 2020, Forbes estimates Barbra’s net worth to be $400 million. Her Malibu home is estimated to be valued at $80 million. In her lifetime of being a singer, actress, songwriter, filmmaker, Barbra has also won a string of awards — including two Academy Awards, nine Golden Globe Awards, ten Grammy Awards including the Grammy Lifetime Achievement Award and the Grammy Legend Award, and five Emmy Awards. In 2015, Barbra was awarded the Presidential Medal of Freedom —  the highest civilian award of the United States — by then-President Barack Obama. After bands like The Beatles and Michael Jackson, she remains one of the best-selling recording artists of all time.

Watch: John Travolta’s Net Worth is… WHAT?!!