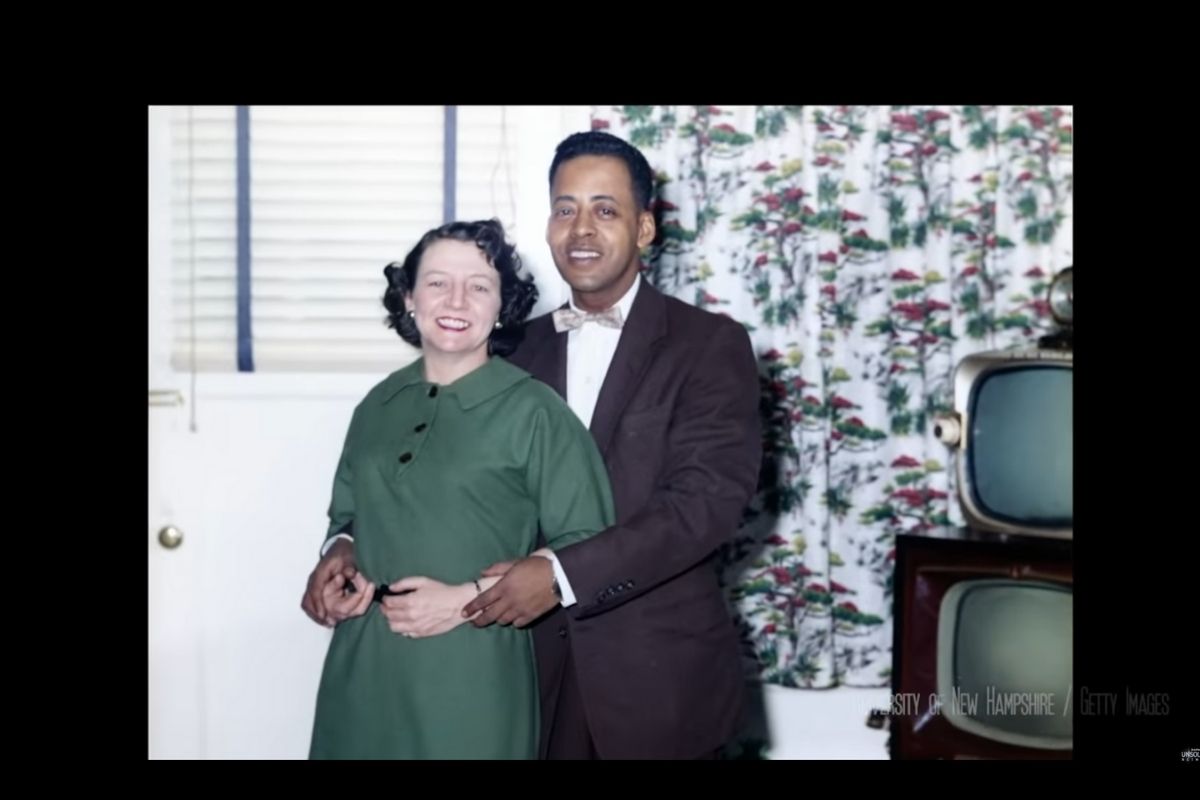 Gray beings with big saucer eyes, mysterious flying objects on a remote road, beams of light that seem to follow… so many of our most familiar alien tropes arise from the alleged abduction of Barney and Betty Hill in 1961. But what exactly went down when this husband and wife lost their memory on a late-night road trip? And… was it really aliens?

Betty and Barney Hill were a happy couple. Living in Portsmouth, New Hampshire, both Betty and Barney heavily involved themselves in the local community. They belonged to a Unitarian congregation and, as an interracial couple, were active in the NAACP. Barney also sat on a New Hampshire board for the United States Commission on Civil Rights. He worked for the post office, while Betty was a social worker. By all accounts, the Hills were intelligent, industrious people with a strong sense of civic duty.

The Road Trip That Would Change UFO History

In September of 1961, they decided to take a well-earned vacation. The trip was impulsive; a weekend getaway up through Montreal and Niagra Falls. Rushing to make it back before work on Monday, the Hills stopped in Vermont to recharge with some coffee. They expected to make it home to Portsmouth sometime in the middle of that night. But as they exited Vermont, nothing about the journey was expected. While driving through New Hampshire?s White Mountains, a shooting star appeared above their car. They thought. When it never waned, Barney insisted it must be a satellite. As a World War II vet, he didn?t seem too worried ? until that stark ray of light began following their car. The Hills pulled over to inspect the light with a pair of binoculars. It was spinning.

?And as I walked further from the car, I noticed with my binoculars that there were 11 men now, I thought, looking down at me, and they suddenly made a turn to what I thought was a panel… this thing did not look like a plane at all, or a helicopter. I could see a long something coming down from the center, and I kept going closer and closer…?

What came next was America?s first detailed abduction story. Although Barney had a gun on his person ? he’d grabbed it from the car ? he found himself unable to reach for it. As if in a trance, he kept his hands on the binoculars and continued moving toward the strange spaceship. Betty, who had been waiting in the car worried for her husband?s safety, remembers he suddenly ran back to the vehicle wanting to high tail it the hell out of there. But as the Hills drove off down Route 3, the UFO was hot in pursuit. Betty recalls the chase in Captured:

?So, I closed the car window and then there?s this bee-bee-bee-beep on top of the car and the whole car vibrates. And I say maybe it?s an electric shock of some kind and I?m touching the metal of the car, but I don?t feel any shock. I just feel vibrations.?

And that?s the last clear memory that Betty or Barney Hill retained of the night. What followed the vibrations, they believe, was a true abduction that resulted in temporary amnesia and a collection of vague, painful impressions. When Betty and Barney finally arrived home to Portsmouth, the sun was rising, and the couple was worse for wear. Betty had a torn dress, Barney?s shoes were scuffed, and neither of their watches ever worked again. It would take years before either of them could effectivey access their trauma from that night in the White Mountains.

Hypnosis and the Aftermath of Abduction

Suffering from nightmares, anxiety, and even ulcers, Betty and Barney Hill eventually sought professional mental help. They began working with the Boston-based psychiatrist Dr. Benjamin Simon, who utilized hypnosis to help the distressed abductees unlock missing memories. Dr. Simon, who was an expert in the field of mental suppression, recorded those hypnosis sessions. His transcripts were made widely available in John G. Fuller?s highly publicized book about the event, The Interrupted Journey. Suddenly, folks nationwide were gripped by the chilling possibility that Betty and Barney really were involved in a close encounter. Ufologists jumped at the possibility, and the occurence came to be known as the “Zeta Reticuli Incident.” (Betty said the aliens claimed to hail from the Zeta Reticuli star system, even tracing its star map on her belly)

While the particulars of being on board the UFO craft had remained fuzzy for Barney and Betty Hill, weekly sessions with Benjamin Simon recalled many elements. Betty Hill could remember forced physical examinations by the distinctly non-human, gray beings. She said that she and her husband were separated and made to lie on metal tables, where they were poked and prodded with needles. Samples of their hair, skin, and nails were taken to be preserved. Betty Hill even spoke with the aliens? leader who referenced their journey around the galaxy and expressed surprise over Barney?s removable teeth. (He wore dentures.)

The Hills? story became a movie on NBC, The UFO Incident, starring James Earl Jones and Barney Hill. Premiering six years after Barney?s death, in 1975, Betty Hill praised the film for not only an accurate representation of her marriage but also for its careful attention to the hypnosis scenes which took place in Benjamin Simon?s office.

Naturally, as the story of the Hills? abduction was popularized ? and commercialized ? the tale was met with skeptic outcry. Notably, debunking blogger Brian Dunning has pointed out that a timeline analysis of two Air Force radar sightings, according to the Project Blue Book records, shows no correlation with the Hills? observations on September 20, 1961.

Even Dr. Benjamin Simon, who was so directly involved with the case, has expressed doubt. His official medical opinion undermines the Hills? extraterrestrial experience ? and his own hypnosis techniques. While on the TODAY show, Simon said, ?I concluded that… it was a fantasy… In other words, that it was a dream… The abduction did not happen… I feel quite confident that there was a whole experience, and an experience with a UFO, if we clearly define that. It does not involve visitations from outer space, but it does involve seeing an object which cannot be identified at the time, whatever it is. I think that did take place. But from there on, I think it was largely a dream.? To back up his position, Simon said that Betty Hill?s resultant nightmares subconsciously confirmed her own worst suspicions from the night. And as for Barney Hill?s visual involvement with the craft, Simon said it was reminiscent of a ?marked anxiety he had of being a black man in a white culture.?

Regardless of whether Betty and Barney Hill’s experience was a true abduction case, even a professional like Benjamin Simon can agree they certainly saw something in the sky that night. And the wild circulation of their story has set a base framework for countless UFO sightings across the following decades. Our national obsession with with flying saucers and the creepy, bug-eyed creatures who control them will persist as long as curious travelers continue gazing up into the incomprehensible night sky. Just recently, unexplained aerial phenomena reports were declassified by the U.S. Navy. (Watch below.) And if one those flickering lights sends a shiver down your spine with thoughts of getting poked, prodded, even probed, you might have the Hills’ alien abduction story to thank for its enduring, eerie alien narrative.