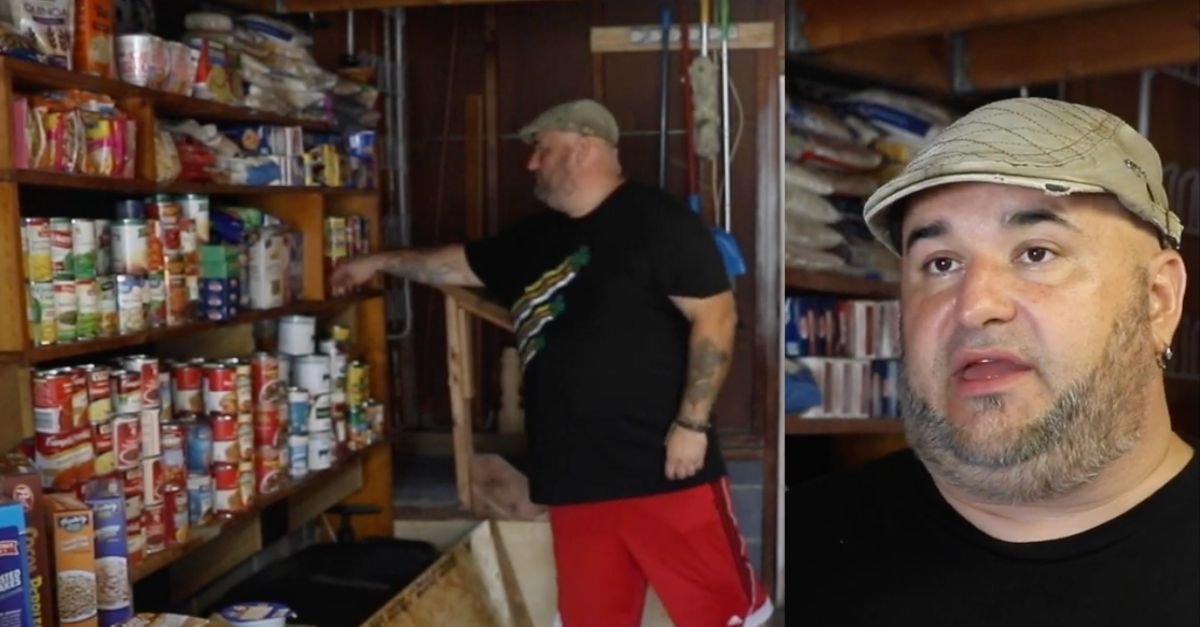 COVID-19 has no doubt taken how life changes within a specific amount of time to the next level. I personally am in a more different point in my life than I was even a few months ago. And everyone has had to make adjustments more quickly than usual, seizing opportunities where they can to stay afloat.

Corrigan is a catering chef who lost his job due to the coronavirus pandemic. Thankfully, his wife’s job was still secure, but he saw how his community in Westville, New Jersey, was severely impacted by the coronavirus spread. Some of the people around him who had lost their jobs didn’t know where their next meals were coming from, especially since they also had to worry about their own bills. So instead of moping about how he didn’t have a job, the caterer decided to create a small food pantry. And he had no idea how big the turnout would be.

The New Jersey man started with a small wooden cabinet on his front lawn, filling it with dried goods giving people a chance to stop by and grab what they need without feeling embarrassed. Corrigan told CNN, “When I heard car doors outside my house at three in the morning, that made me smile.”

But after asking a few close friends to donate, word got around on social media about Corrigan’s free food pantry, and soon, he had to transfer the operation to his garage. Every other Saturday since April 2020, Corrigan has opened up his garage, providing for at least eight families with weekly groceries and much more for new ones who come in. Calling it Barney’s Place Food Pantry, along with hundreds of donations later, both monetary donations and necessity donations, the work chef has been able to serve at least 60 people biweekly over the past five months.

Corrigan’s food pantry is different from most food pantries as well. Since most food pantries give out pre-made boxes of groceries, Corrigan’s pantry is special because it’s “set up like a convenience store, so people can come and pick up whatever they need ? and whatever they want. Thanks to the generosity of his community and strangers on the internet, who donate nonperishable items or money, he stocks fresh fruits and vegetables, milk, butter, and eggs.”

And Corrigan isn’t just helping efforts against the widespread food insecurity. He’s also helped the morale of the community, bonding with his regulars to encourage them that they’re not alone during these times. Even though new people are always coming through, many of the visitors not only grab what they need, but they stay to spend time together at the newly popular spot.

Jim Gavi, a regular at Barney’s Place Food Pantry who has been struggling to find work, explained, “Just talking with him was sort of like therapy. When someone is more concerned about the well-being of others, it sheds that light needed on the darker days of those in need and gives them hope that everything will truly be all right, and we will all get through this difficult time.”

And Corrigan stated, “The folks that are coming here have become like family now.”

And now that Corrigan has been serving the community after the loss of his own job, this could potentially turn into something bigger than that. Starting a non-profit, he’s hoping to expand from his garage into a warehouse, saying, “I would love to make this a full-time thing. I love to cook so the goal is to eventually serve hot meals in addition to pantry items to anyone in need.” What a way to turn something good into an opportunity for everyone in involved.

Watch: Sanitation Worker Gets Accepted to Harvard Law School Despite Many Challenges